All photos by Randy Robinson

It’s that time of year again, when tokers around the world unite. Snoop Dogg, true to the cause, kickstarted this year’s 4/20 celebrations with the six annual Wellness Retreat Tour.

Beginning last night at Colorado’s inimitable Red Rocks Amphitheatre, Tha Doggfather teamed back up with his old crew, Tha Dogg Pound, to blow concert-goers minds all over their faces. He also brought along special guests Ice Cube and Warren G, just in case anyone was wondering if he could pack even more star-power into Thursday’s sold-out show.

In the middle of Ice Cube’s set, the former NWA rapper took a second to thank the crowd for coming out to party on a... Friday night?

“Let me tell you something, homie,” Cube said without missing a beat. “Every time you see Ice Cube on the motherfuckin’ mic, it’s a goddamn Friday! And you know what happens on Fridays, right?”

Cue “Friday” on a Thursday night. And the crowd got high. We got a mile high. 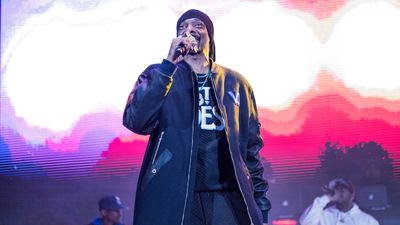 Snoop’s appearance couldn’t have been timed better, either. After the sun set behind the Rocky Mountains and the temperatures dropped, Snoop’s spitfire rhymes, exotic pole dancers, and onstage reunion of Tha Dogg Pound with Warren G set the crimson-tinted canyon on fire.

With Red Rocks ablaze, the legend proceeded to “Drop It Like It’s Hot.” Other bangers in the night’s performance included “Vato,” “California Girls,” “C.R.I.P.,” and Snoop’s renditions of the late greats Notorious BIG’s “Hypnotize” and Tupac’s “Gangsta Party.” At one point, he even brought the pain with a cover of “Jump Around.” 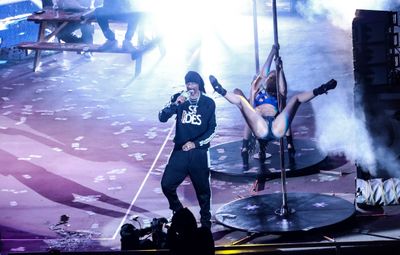 Although the night bounced harder than the ladies on stage, it wasn’t all fun and games.

Earlier, Warren G revisited some old hits previously recorded with Nate Dogg, who passed away in 2011. Later, Snoop asked the crowd to take a moment of silence for Nipsey Hussle, who we lost late last month.

At the end of the evening, Snoop thanked everyone for coming out, and left the crowd with a final though:

“This means so much to me, to be here in Colorado,” he said. “You were the first state to legalize weed recreationally!”

The show concluded with a call to take the state’s liberating legalization efforts nationwide, while Snoop asked the audience to stay “Young, Wild, and Free.” 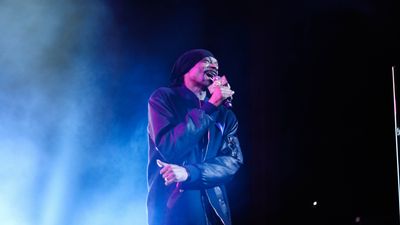 Although Thursday has come and gone, three more shows are coming up, with additional special guests including E-40, Nas, and 2 Chainz.

420
MUSIC
CULTURE
SNOOP DOGG
MORE...
MERRY JANE Staff
FOLLOW
MERRY JANE is based in Los Angeles, California and is dedicated to elevating the discussion around cannabis culture.
Share this article with your friends!
AD
By using our site you agree to our use of cookies to deliver a better experience.
Accept
Decline
MORE FROM MERRY JANE