Last night, Uncle Snoop made a special guest appearance on Seth McFarlane’s American Dad. And best believe everyone in it got higher than that Roadster Tesla shot into outer space.

Here’s the setup: Snoop voices Tommie Tokes, a legendary yet mysterious toke-master who runs the Dank Ass Weed Factory ala Willy Wonka. He’s holding a contest where his most smoke-friendly fans can win an exclusive tour at said Dank Ass Weed Factory. To get in, fans must snag one of four golden tickets hidden inside of his MERRY JANE branded blunt wraps.

“So put down that Firey Doritos Loco Taco,” says the news anchor, “and get your stoned ass to the dispensary!” 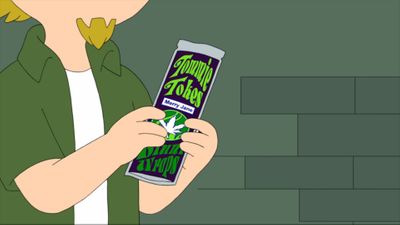 “But I’ll be the one to destroy it,” Avery smugly clarifies. “I’ve got a whole evening planned: I bought MLB 19, and I’m going to play a season as the Rangers.” 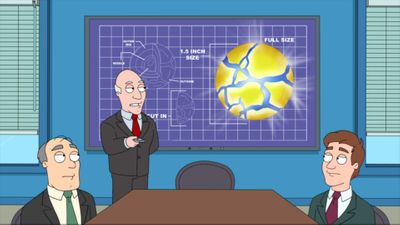 ‘High-jinks’ ensue, and Stan eventually ends up at the Dank Ass Weed Factory with his bong-a-rifically burned-out son-in-law, Jeff. During the grand tour, the duo encounters a smorgasbord of cannabis goodies catered to hardcore stoners: an edenic warehouse wonderland where everything is edible (and dosed with THC), a hot-box shower room, and flying bean-bag clouds.

There’s even a machine that reads a person’s mind to give them a blunt packed with a strain tailored to their personality. Tommie asks Stan to be the first to try it out. 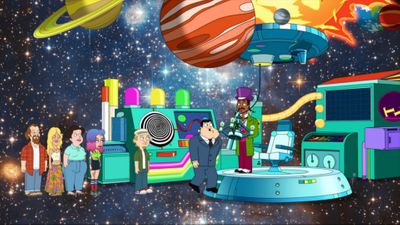 Of course, Snoop — or, uh, Tommie Tokes, rather — isn’t gonna let The Man jack his precious Infinity Stone(d). Can our high-spying heroes thwart Tommie while eluding the marijuana maestro’s gaggle of Snoompa Loompas? Check out the episode below!

TELEVISION
CELEBRITIES
HUMOR
WATCH THIS
MORE...
Randy Robinson
FOLLOW
Based in Denver, Randy studied cannabinoid science while getting a degree in molecular biology at the University of Colorado. When not writing about cannabis, science, politics, or LGBT issues, they can be found exploring nature somewhere in the Rocky Mountains. Catch Randy on Twitter and Instagram @randieseljay
Share this article with your friends!
AD
By using our site you agree to our use of cookies to deliver a better experience.
Accept
Decline
MORE FROM MERRY JANE