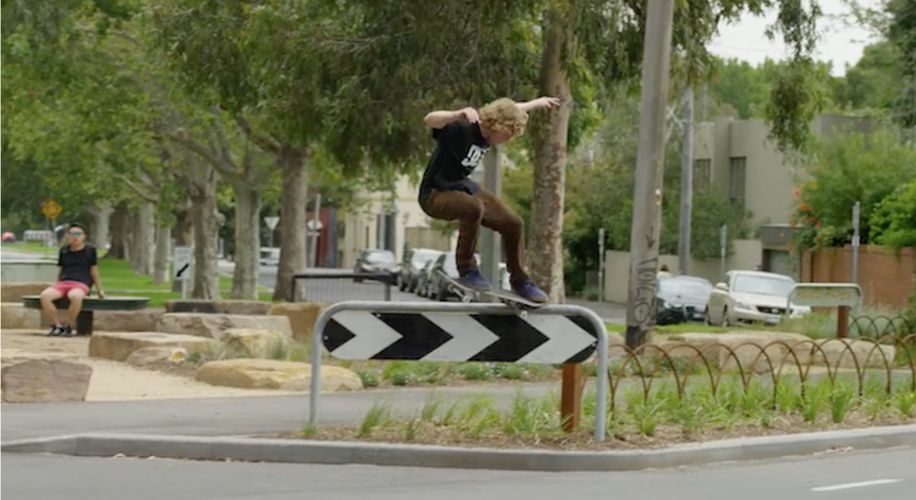 The SK8MAFIA VIDEO 2016 is a full-length skate video worth watching before and after NYE.

The SK8MAFIA VIDEO 2016 is a full-length skate video worth watching before and after NYE.

There’s just something about an end-of-the-year full-length video jam-packed with hard work and effort that drives home the real meaning of skateboarding. No, not “likes” or “reposts”, but fellowship and comradery. SK8MAFIA VIDEO 2016 (finally available for free online in its entirety!) is a testament to everything that still holds true in foundational, entertaining, and still progressive shredding. It’s certainly got the three things that make a solid video a solid video—variety in riders and skating style, supportive editing, and great tunes to glue it all together.

Really my friends, this simple, tried and true formula is what it takes to make a concrete video. But then you’ll also have to take into account that SK8MAFIA’s been rolling deep and holding it down since what, 2005? And really, it’s a skate crew’s skate crew that’s pumped out the  gnarliest Skater Of The Year in a very long time. Wes Kremer, anyone? Is it just me or has the fellow just been skating even more incredibly since winning the Thrasher Magazine title in 2014?

SOTY stripes, NWA, Public Enemy, Biggie Smalls, and David Bowie tracks aside, we strongly hypothesize that the real SK8MAFIA advantage is that the brand has remained as consistent, fun, and united as their ubiquitous “SM” gang sign. It’s simply undeniable.

In addition to Kremer’s out-of-this-worldness, other parts in the SK8MAFIA VIDEO 2016 video to keep your eyes peeled for include Stephen Lawyer’s, Jimmy Cao’s, Jamie Palmore’s, Javier Sarmiento’s, and young gun Alexis Ramirez’s closing of the video. And that’s definitely not to say that everyone and everything in between isn’t worth watching as well. The crew and guest-filled montages give and hold much breathing space and weight as well.

Cheers to the upcoming year and skate videos like this one that pass the age-old skater barometer question, “Does it make you want to skate after you watch it?” Yes? Okay then. Go get some!