CULTURE
Send This To Your Mom: Joints vs. Blunts
AD
What’s a joint? What’s a blunt? Does your mother know the difference??
Published on January 10, 2019

Send This To Your Mom is a series of short, informational posts on weed and weed culture for people who have absolutely no idea about weed and weed culture. Finally, here’s your chance to email your mom a million links to articles about weed she never asked for. To start, let’s explain the basic differences between blunts and joints. 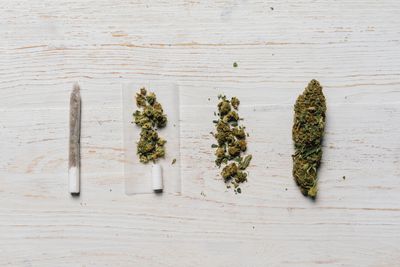 What Is a Joint?

A joint is a rolled marijuana cigarette — usually the paper is the same type one might use if hand-rolling their own smokes. Cigarette paper is made from “rag fibers” (non-wood plant fibers), and has a thin adhesive strip on one of the long edges. Technically, a joint is rolled using only cannabis, so if your kids are smoking them, they are not smoking tobacco while smoking weed.

However, a spliff is the exact same as a joint, except tobacco has been mixed in with the weed, usually in an attempt to ameliorate the intensity of the high or to increase the longevity of the burn. (Of course, some people just prefer the taste of the mix, too.) Essentially, though, a spliff is like smoking a cigarette and a joint at once. 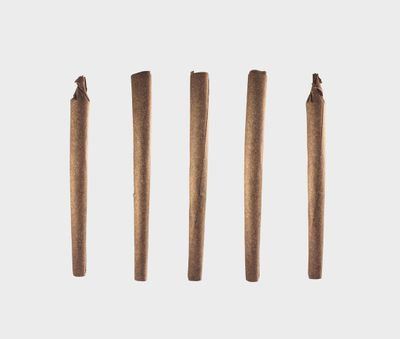 What Is a Blunt?

A blunt, unlike a joint and a spliff, is cannabis rolled in a hollowed-out cigar. (Think less of a fat, round Cuban cigar, and more of the thinner, longer, Backwoods variety.) Unlike cigarette rolling papers, cigar wraps do have tobacco and nicotine in them, so just by using the shell you’re introducing those chemicals into your marijuana experience. Some people prefer to wrap their blunts in a pure, dried tobacco leaf, in the hopes that it won’t contribute harsh additives or any manufactured chemicals.

There are many types of blunt wraps, from Phillies and Dutches, to rare Backwoods flavors, and they all offer consumers the ability to cram way more bud into the smoking tool than your average joint. You’ll have no problem fitting an eighth of weed into a blunt wrap, but good luck trying that with a standard Raw paper, which is typically 68-70mm long. 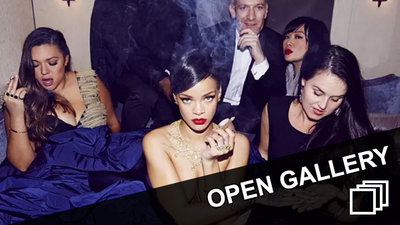 So, how to know which one you want to indulge in? The big factor between joints and blunts is tobacco: by using a cigar wrapper, nicotine and tobacco is an unavoidable part of the smoking experience. With rolling papers, you have the choice whether to add tobacco or keep it 100% weed.

Some people enjoy the rush they get from the blunt wrap combined with the weed, but you should be aware that nicotine and tobacco are addictive. If you don’t smoke cigarettes or want to avoid them, the best thing to do would be to politely pass on the blunt or spliff, and roll yourself a nice joint instead. That said, blunts can be a magical thing — just ask our friend Janice Griffith (she’ll even teach you how to roll one!).

420
HOW TO
EDUCATION
HOW WE ROLL
MORE...
Shelby Fero
FOLLOW
"I'm not too crazy about me either." Follow Shelby on Twitter @shelbyfero
Share this article with your friends!
AD
By using our site you agree to our use of cookies to deliver a better experience.
Accept
Decline
MORE FROM MERRY JANE