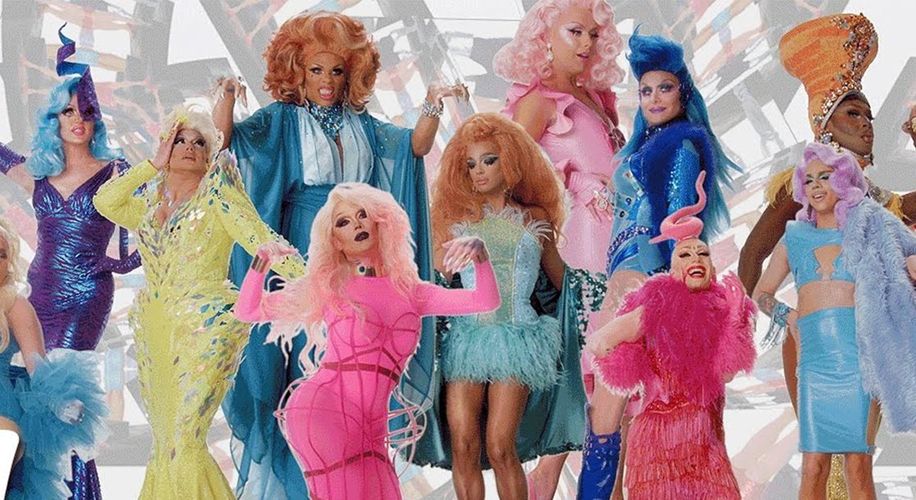 "RuPaul's Drag Race" Is Back, and Meet the Incredible New (and Old) Queens Competing

To celebrate the start of season nine, we take a look at all of this year's contestants, including some "experienced" (read: older) queens.

To celebrate the start of season nine, we take a look at all of this year's contestants, including some "experienced" (read: older) queens.

All photos via Logo

What’s not to love about drag queens? They're bright, campy, bitchy, hilarious, glamorous, and know how to make reality TV damn fun. So bless the Queen of Drag, RuPaul, for creating the best (and, granted, only) drag reality competition show. Now in its ninth season, RuPaul's Drag Race is back this Friday, March 24, and it’s assured to be better than ever.

We're gagging for our Season 9 girls! 😵 😱 Are you? pic.twitter.com/NIyUac64z8

For those not in the know, the show is a game show unlike any other. Mama Ru and her panel of glamorous judges reign court as a dozen aspiring queens compete to be “America’s next drag superstar.” Each week, the contestants participate in mini-challenges before having a final runway challenge where they show off their carefully crafted looks based on a theme. The queens truly need to be multiple threats as they're tested each week with competitions involving singing, acting, comedy, makeup, sewing skills, and more. Ru then names the challenge winner and sends two queens to lip sync in a competition, with the loser packing her bags and heading home. The final queen standing is crowned Drag Queen and walks away with a cash prize of $100,000.

Drag Race will make you laugh, it will make you gasp, and it will make you lust after the queens’ couture, wigs, and general style. Plus, it has everything you could want in a reality game show, from backstabbing and sob stories, to persistent drama and lots of partial nudity. Helloooooooo, pit crew! Give it one episode, and you won’t be able to resist the urge to find out which queen has the right combination of Charisma, Uniqueness, Nerve, and Talent (what an acronym!) that Ru looks for in her girls.

I am speechless at Nina's makeup artistry. This queen will certainly be running circles around the others when it comes to innovative and killer faces. However, will she solely rest on her makeup skills? Or will other talents emerge to help her score a win? I'm pulling for her!

Aja is one of the youngest queens, and it will be interesting to see how she takes to the competition part of Drag Race.

I dig Jaymes Mansfield's campy thing she's got going on. If she doesn't choose Rebel Wilson for The Match Game (provided she's still hanging around then!), then Jaymes doesn't deserve the crown.

I'll be honest. I am not in love with Kimora Blac's style. It feels too much (which is saying something when it comes to drag). The exaggerated plastic surgery-looking makeup techniques scare me! But, I have to admit, she makes a pretty, pretty boy.

I don't know too much about Valentina, so I'll be watching her closely. She has, however, performed with a personal fav, former RuPaul's Drag Race contestant, Cynthia Lee Fontaine, so at least she's (hopefully) learning from some of the best.

The oldest queen to ever hit the runway, Charlie Hides splits time between London and the US. Charlie calls herself a "crafty queen" and that's enough for me. Between her years of experience (a kind way to say she's old!) and her know-how, I have a feeling she will be one to beat in many of the competitions, especially the ones where sewing skills may be needed.

Sasha Velour has the passion, competitiveness, and quirkiness that I look for in a fierce queen. Her signature unibrow is definitely fun, but the real test will be if she's able to take her shtick and mold it to meet the various challenges.

Shea went to school for costume design, and it is evident in some of the fantastical getups she sports. Will her sewing skills help her slide past the competition?

A seasoned NYC queen, Alexis Michelle just might be the one that dominates any acting challenges.

Peppermint is the first queen to be out as a transwoman during production. Will this change the way the game is played? I'm curious to find out, as well as to see how the other queens treat her. Peppermint is already a big deal in NYC, so hopefully her star power in the city will propel her to victory!

Eureka dubs herself "the Elephant Queen," and I am here for it. There is nothing I love more than a pageant queen, and Eureka is a pro, having participated in over 100 of them herself. I can't wait to see her eleganza as well as if she can burst out of the pageant mold to get a little weird along the way.

I don't have much to say about Trinity Taylor, which actually should say a whole lot. *Yawn*

This fishy youngin' is only 23, so it will be interesting to see how she performs against some of the more seasoned contestants. That said, age has never made a winner before, and with her glam style and love of all things pink, this queen definitely stands a chance to make it to the finals.