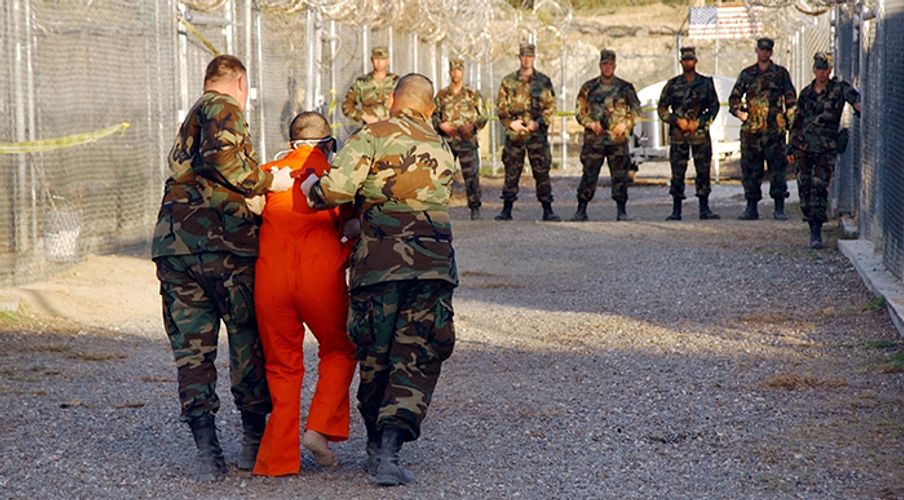 Why Obama Never Closed Guantanamo Bay As He Promised

Looking back at one of the greatest disappointments of a contentious presidency.

Looking back at one of the greatest disappointments of a contentious presidency.

Barack Obama made many promises when he was swept into office on the wave of hope and change back in Nov. 2008. Some of his goals turned out to be more achievable than others. Though it seemed like a relatively modest aim, one of his most memorable promises has bedeviled him for almost a decade: closing Guantanamo Bay.

Following Bush-era torture at the base, and with a public tired of the expansive, endless War on Terror, Obama seemed to have a mandate to shut down Guantanamo in 2009. Here we are in 2017, the week of Obama’s transition out of power, and it looks like Gitmo will remain open indefinitely. Why is it that the move to close Guantanamo, which once seemed like a slam dunk, never came to be?

One of the easiest explanations for Obama’s failure to close down Gitmo is that he waited too long. In March of 2016, the President was asked to answer one thing he would change if he could go back to the beginning of his presidency. He said, “I think I would have closed Guantanamo on the first day.” It looked like Obama had a bipartisan consensus to shut down the prison when he swept into office. Even one Bush official was quoted saying, “It was an albatross. We really wanted to get it closed.” It turned out that his mandate wasn’t as sturdy as he thought.

It looked like a simple proposition: Congress and the executive branch looked united and sure to succeed. Then the calculus changed. Democrats lost both houses of Congress in 2010, and a number of Tea Party Congressmen used Gitmo as a talking point. Instead of seizing his opportunity, Obama had been cautious, creating a task force to create a proposal rather than simply ordering the prison shuttered. As Obama’s operatives and political influence were dedicated to passing the Affordable Care Act, he couldn’t marshall the resources to get Gitmo shut down before the GOP changed the game.

The general consensus was that Obama didn’t push hard enough in those early days. But, the more nuanced view is that Obama’s position wasn’t as strong as it seemed. There was internal discord in the administration. His Secretaries of State and Defense Secretaries dragged their feet for various reasons at various times. The Defense Department further muddied the waters by openly advocating for military tribunals and other methods of processing prisoners that were not part of Obama’s plans; Defense Secretary Robert Gates even squared off against Secretary of State Hillary Clinton at one point. Requests were left on their desks unsigned and necessary phone calls went unmade. Democratic lawmakers saw that the executive branch wasn’t pushing and felt that there was no reason for them to go out on a limb. Though it was generally agreed that Gitmo had to go, people went to great pains to avoid being the person to take charge. Republicans jumped on this insecurity, speaking against closing Gitmo publicly. Before the administration knew it, disapproval of the plan crept above 50 percent in polls.

Once the GOP took control of Congress in 2010, Republicans were quick to pass restrictions on bringing detainees into the United States. Many Democratic politicians went along with this limitation because many constituents were fine with releasing detainees, but not into their backyard. They passed a measure barring Gitmo prisoners from being transferred to the U.S.

Fine, you might say, just send them back to their home country. The problem is that the government was barred from sending prisoners to countries that are too unstable or where they would be tortured. That took many of the countries the prisoners are from off the table. This left two paths for detainees. They could be transferred to a third country or they could lobby for access to a trial and fight for their release. Today, the remaining prisoners in Gitmo are detainees who have not been approved for transfer or release. As recently as last year, Republican lawmakers have continued to pass further restrictions, giving Obama even less wiggle room. Republicans continue to enjoy political gains from their position. Fifty-six percent of Americans now favor keeping the prison open. Incoming President Donald Trump has declared that he’d like to keep Gitmo open and “load it up with some bad dudes.”

Arkansas Senator Tom Cotton took it a step further. He said, “As far as I’m concerned, every last one of them can rot in hell, but as long as they don’t do that, they can rot in Guantanamo Bay.” Though it might be infuriating to hear it, Paul Ryan wasn’t wrong when he wrote, “After seven years, President Obama has yet to convince the American people that moving Guantanamo terrorists to our homeland is smart or safe.”

Barack Obama did a lot of great things as President, and set out to do many more when he took office. The biggest criticism leveled at him from both sides of the aisle was that he didn’t know how to work Congress. The wonkish President had good policies and passion, but he never developed the talent for schmoozing that has been key to so many politicians’ success. He was never able to get his team united. He failed to twist enough arms fast enough while he had a majority. He had the misfortune of facing a partisan opposition that only wished to see him fail in the Tea Party. All of these factors came together to make a bipartisan mole hill into an insurmountable mountain.