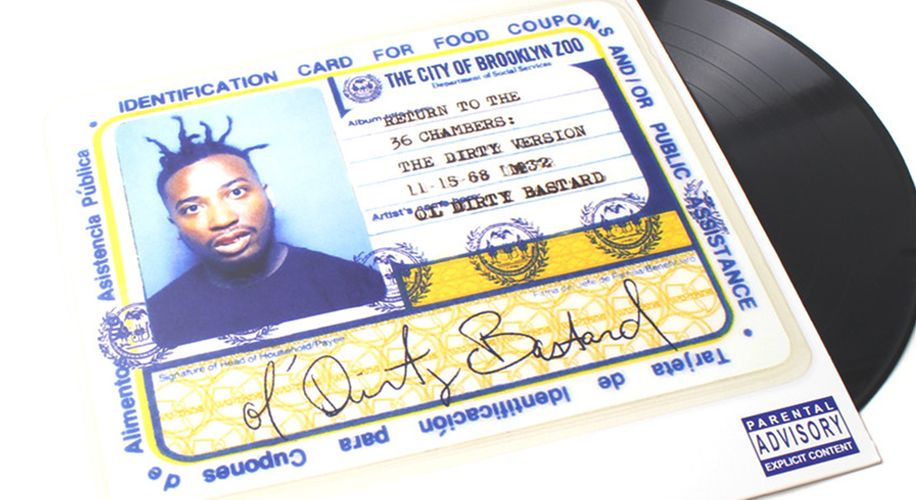 In this week's column, we celebrate the anniversary of two Wu-Tang classics, and make the argument that all stand-up comedy is bad.

In this week's column, we celebrate the anniversary of two Wu-Tang classics, and make the argument that all stand-up comedy is bad.

Welcome back to Pothead(s) of the Week, where we break down a handful of the important things that have occurred in the past seven days involving famous people and cannabis. Let's start with something half-baked.

This week, the internet is up in arms about noted marijuana enthusiast Dave Chappelle’s two new Netflix specials, which contain material contrasting police treatment of trans folks and black men that many are interpreting as transphobic, as well as some potentially-iffy defenses of Bill Cosby, who is Bill Cosby. Given that I am white cis hetero male scum, it is by no means my place to render any judgment on this stuff––I have too much privilege and too little life experience to do anything but listen to those whose perspectives are more relevant to these situations. However, I have one opinion I feel comfortable offering in this here forum: all stand-up comedy is bad.

Pothead(s) Two: Everyone Who Visits Denver

This week in weed-centric media criticism: “Denver Restaurants Feel Unexpected Sting from Pot Tourism,” reads the headline of this extremely dumb Bloomberg piece, which claims that “young workers who once saw employment opportunities in the restaurant business are flocking to grow facilities and dispensaries.” The problem, according to Bloomberg’s Kate Krader, is that Colorado restaurateurs can’t match the $22 per hour wages––with benefits!––offered by weed-centric businesses. However, anyone who has even the slightest sympathy for labor can sniff out the inherently flawed premise of this article, which pretty clearly comes down on the side of the poor restaurant owners who can no longer set bottom-floor wages for their staffs with the knowledge that such laborers can find better employment elsewhere. Legal weed is not hurting the Colorado restaurant industry––the restaurant industry’s tendency to exploit their workforce is hurting the restaurant industry, and now that said workforce is flocking to better-paying jobs, the restaurant industry would rather blame weed than confront the fact that part of their business model relies on paying poor people less than they’re worth. In closing, food culture is almost as bad as stand-up comedy (see above).

The New York Times reports that out in California, there’s a drug rehabilitation facility called High Sobriety (which, ugh, but whatever) that’s trying to use marijuana to help wean addicts off of opiates. According to the High Sobriety team, smoking weed allows addicts to mitigate some of the harshest opiate withdrawal symptoms and, per the Times, give “addicts some sense of emotional control.” Given the sorry state of addiction treatment in America––which far too often makes sobriety an all-or-nothing proposition rather than treating each person as an individual whose relationship with substances should be viewed on a spectrum––as well as the alarming increases in opioid abuse in the past few years, advising addicts to toke up can’t hurt.

In other news, this week marks the respective 22nd and 19th anniversaries of the release of two Wu-Tang classics––Ol’ Dirty Bastard’s Return to the 36 Chambers (The Dirty Version), and Cappadonna’s The Pillage––that Wu squeezed out in their incredible five-year run that yielded more iconic hip-hop records than The Beatles farted out in their entire existence. While pretty much everybody who knows anything about Wu-Tang is already aware that both of ODB’s “canon” solo albums––Return to the 36 Chambers and 1998’s N**ga Please––are two of the strangest, funniest, and therefore most smoke-weed-to-able albums in the Wu discography.

You shouldn’t sleep on Cappadonna’s The Pillage, either. There are five RZA beats on the album, which given how thin RZA had stretched himself by 1998, is no small feat. And despite the fact that Cappa might now be best known for having to resort to driving a cab to support himself in later years, in the mid-to-late 90’s Cappa-stay-chillin-take-shots-of-penicillin might have been the hottest thing smoking in camp Wu-Tang. The Pillage came on the heels of his star turns on both Raekwon’s “Ice Cream” off Only Built 4 Cuban Linx and damn near half of Ghostface’s Ironman, and Cappa’s debut album is a clinic in weird, free-associative rapping that makes you simultaneously wonder what the fuck’s going on and realize you’re listening to a master at work. The apex of Cappadonna’s sheer display of unencumbered style is “Milk The Cow,” in which the future cab driver would boast, “Vocabulary comin’ out my ass like shit / to feed my babies.” If there’s a nobler reason for rhyming that will simultaneously make a stoned person’s eyes jump out of their head like they’re a Looney Tunes character, I can’t think of one.