CULTURE
Pothead Party: Get 50% Off Dispensary Prices From Flower Co. MERRY JANE's New Weed Partner
AD
Flower Co., California’s premier weed delivery service, offers dank at up to half the price you’d find at most pot shops. And if you order soon through MERRY JANE, you can snag some dope Snoop swag, too!
Published on January 21, 2021

What if we told you that you can buy top-shelf weed products at half the price you’d find at most pot shops — and you’d never have to leave your home to pick ‘em up?

If you live in the Golden State of California, you’re in luck. That’s because you can order your cannabis directly from Flower Company, an herb delivery service dubbed the “Amazon of Weed.” The company offers name brand cannabis products at 40 to 50 percent the average retail price. And if you’re a Flower Co. member, you can enjoy additional perks, like free next-day deliveries and early access to the hottest product drops.

Flower Co. was founded by Ted Lichtenberger, who’s originally from Virginia. A long-time cannabis consumer, Lichtenberger eventually moved to the West Coast, where he discovered a remarkably different weed scene from the one in and around his old stomping grounds.

“Growing up on the East Coast, weed was never strain specific,” Lichtenberger said. “We were never that picky in Virginia. But after living in California for about seven years, my eyes got open to the variety and quality available with cannabis.”

In 2016, once it became clear that California would trailblaze into full recreational legalization, Lichtenberger and his business partner, Tony Diepenbrok, began teaming up with OG farmers from Humboldt, veteran cannabis attorneys, and other highly knowledgeable industry insiders.

“I’m relatively new,” he said about Flower Co., “but we’re standing on the shoulders of a team with a lot of legacy in the market.”

Flower Co. started as a counterpoint to California’s mountain of legal cannabis regulations. Due to a tiered tax system, as well as a maze of business fees, the state’s legal weed can put sizable dents in anyone’s bank account. For heavier consumers, sane prices and ease of access are always ideal — because more cash in the pocket means more weed in the long run.

“I wanted to do something that would help the heaviest consumers who had to make a choice between being able to afford quality weed that they wanted to consume,” he said, “or turning to the illicit market, where it was more affordable.” 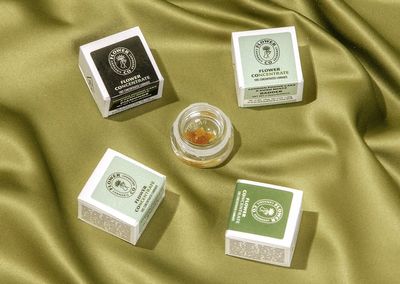 Today, Flower Co. delivers over 700 different weed products from over 110 brands, including Cookies, Kiva, Raw Garden, and 710, to name just a few. The products include just about everything, from buds to edibles to carts to infused beverages. And the company also delivers to practically every major metropolitan area in the Golden State — and then some.

Along with the top-of-line brands, Flower Co. also brings other incredibly affordable ganja goods straight to your doorstep. They’re known for the uber-sweet $59 ounce. If you prefer to vape your THC, you can snag $12 1-gram distillate cartridges from them when you purchase an 8-pack. 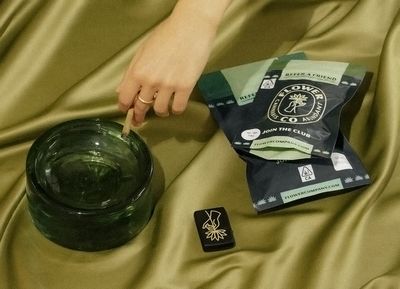 And if you’re still straddling the fence, Uncle Snoop’s got a special offer if you order from Flower Co. through MERRY JANE. For a limited time, purchases at MERRY JANE Selects — our very own hand-selected picks at Flower Co. — will enter you into a contest to win an autographed copy of Snoop’s newest cookbook, From Crook to Cook, as well as a copy of MERRY JANE’s book on sex and CBD titled, The CBD Solution: Sex. Two runners up can win an unsigned copy of From Crook to Cook as well as The CBD Solution. Boom!

MERRY JANE’s contest through Flower Co. only runs from Friday, January 22 to Sunday, January 24, so be quick with the picks of that sticky-icky-icky!

**This was made in partnership with Flower Co.

CULTURE
DELIVERY
ADVERTORIAL
POP CULTURE
MORE...
IN THIS STORY
CBD
Click to shop at our CBD store
MERRY JANE Staff
FOLLOW
MERRY JANE is based in Los Angeles, California and is dedicated to elevating the discussion around cannabis culture.
Share this article with your friends!
AD
By using our site you agree to our use of cookies to deliver a better experience.
Accept
Decline
MORE FROM MERRY JANE