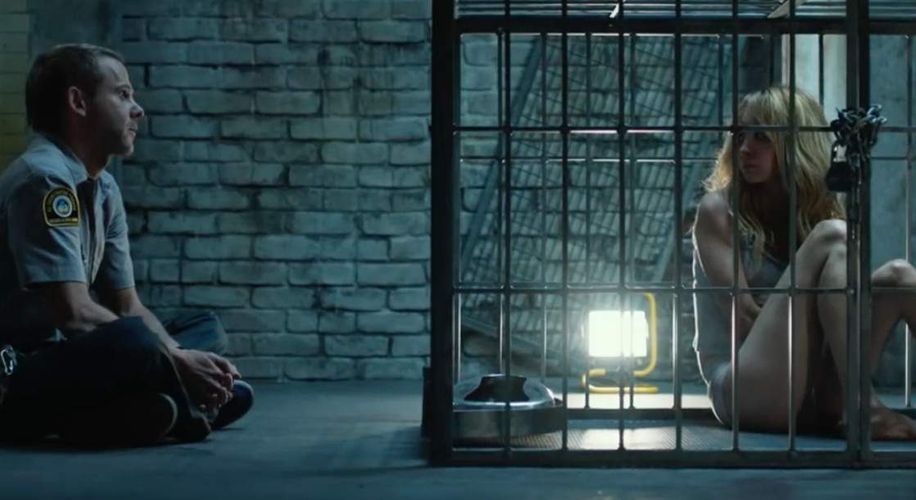 Dominic Monaghan is Really Creepy in the ‘Pet’ Trailer

It looks like one hell of a f*&#ed up movie.

It looks like one hell of a f*&#ed up movie.

This December, The Fellowship of the Ring, the first film in The Lord of the Rings trilogy will turn fifteen. Charlie Pace died in the season finale of the third season of Lost ( spoiler alert). That episode was ten years ago. So what happened to Dominic Monaghan since then? That poor guy can’t seem to get his big break. He is the only person in the Lord Of The Rings franchise who didn’t go on to become a huge star. He does look kind of strange, but even Michael Berryman has a thriving career so why can’t he?

Now, judging by the trailer for Pet, it could very well be the career boost he needs. But if  the movie fails terribly Mr. Monaghan will just slowly fall into movie oblivion and go on to star in 0% rated films on Rotten Tomatoes. Let’s hope for the best. Monaghan plays a man who finds an old crush of his (proving once again that accepting odd friend requests on Facebook is a terrible idea), and when she rejects his advances, he decides to kidnap her and keep her locked in a cage. Sounds like a typical Friday night in Belgium.
However, because Pet is an independent horror film, there is bound to be a twist of some sort. The tagline in the trailer states “Will leave you consistently surprised up until the final scene”! Maybe she’ll escape at some pijnt  Turn the tables on old Dominic? While that tag’s original is from a site called  Nerd Repository that you’ve probably never heard, it nonetheless still sounds intriguing. Do you actually remember when the quotes used in trailers were from Pauline Kael or Roger Ebert? At this rate they’ll soon be quoting  the director’s mother saying it’s the best film she’s seen this year…
Obviously the dumb marketing ploys don’t do justice to even bad films sometimes nowadays, but Pet still looks to be a fun time at the movies. You probably won’t be “on the edge of your seat” or “stunned beyond belief” but if you give it a go as an entertaining saturday night b-movie it should work wonders. The film premiered at South by Southwest this year, where it received mildly positive reviews.
Pet is set to hit theaters on December 2. Come on Monaghan, against all odds, we’re actually rooting for you here!