Opie Ortiz has enjoyed a long career as a tattoo, mural, and album cover artist. If you’ve ever seen the iconic sleeve for Sublime’s self-titled — and most famous — 1996 album, he’s the guy who created the “Sublime” tat splayed across the late Bradley Nowell’s back.

Today, Ortiz is the lead singer of the California-based punk/ska/dub band, Long Beach Dub Allstars, and he’s still creating artwork for the group’s albums. Long Beach Dub Allstars, partially made up of two former Sublime members, formed in 1997, shortly after Nowell’s passing. The band broke up in 2002, but they reunited a decade later and have been blasting faces off across the entire planet ever since.

Ortiz, however, ran into some trouble earlier this year while touring with the band in Japan. After wrapping up the tour’s Japanese arm in Kobe, Ortiz and some friends went bar-hopping. While on the street to meet up with some additional friends elsewhere, a cop stopped Ortiz and asked to search his bag.

The search turned up an eighth of weed, which is very much illegal in Japan. 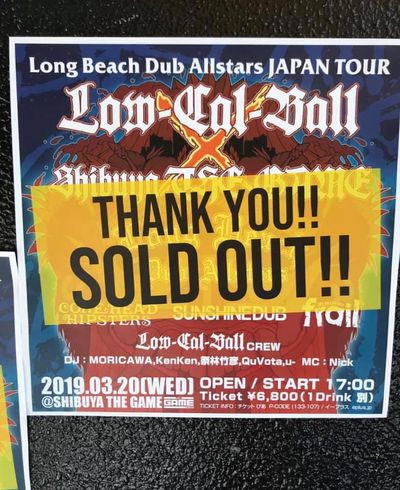 Just how illegal is weed in the Land of the Rising Sun? Mere possession can mean up to five years in prison; cultivation or sales can net up to 10 years behind bars. A half-pound of herb got Sir Paul McCartney of The Beatles deported from Japan in 1980. And Japanese cannabis activists have made little headway there, since they’re often targeted by the police for drug raids that end up shaming and discrediting said activists.

But back to Ortiz. Ortiz told Japanese police that he didn’t know how the pot ended up in his bag  — he previously left the bag unattended backstage at the Kobe show. Surveillance cameras later showed crowds of people moving in and out of the area at that time, any of whom could have mistakenly, or intentionally, placed the weed in his backpack.

Regardless, it took time for the authorities to sort everything out, and Ortiz’s refusal to admit guilt ultimately led to all charges being dropped against him. Despite the Pyrrhic victory, the damage had already been done: Japan was the first stop of a worldwide tour that also included Europe and the United States. While the band is currently playing shows in the US, the EU tour didn’t pan out.

“They canceled the entire European tour,” he told MERRY JANE over the phone. The arrest and detainment “interfered with it.”

We caught up with Ortiz to find out what it was like biding time in a Japanese jail, how overseas fans kept him company, and what advice he has for any weed-loving American who’s caught with cannabis in Asia. 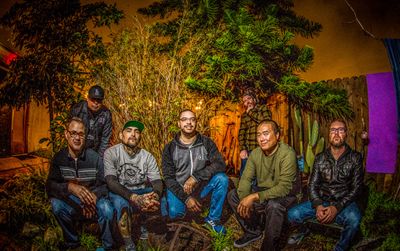 MERRY JANE: Can you tell us what led to the Japanese police catching you with weed?

Opie Ortiz: Long Beach Dub Allstars went there [in March] to kick off the summer tour, which included Europe and the United States. We were having a good time, and me and my friends were walking to another bar to meet some more friends. We had some drinks, came back outside, and the police were on me as soon as I stepped out — probably within five to ten feet of us.

I think, because I was with another American guy, and we kind of stand out… Another friend told me there might be some kind of informant or undercover at the bar, and that we may have pretty much been set up.

Were you cuffed right then and there?

They took some pictures, then they took me into the car. Same thing as they’d do anywhere else. They did take me down in cuffs.

Have you been to jail in the US?

How did jail in Japan compare to jail in the US?

There’s no speaking English. There’s no communication at all.

Did they provide you with a translator?

No. There’s no translator or nothing. You have to basically learn Japanese to understand everything that’s going on.

Did they provide Japanese language materials, or did you just have to pick this up on your own?

You have to pick it up on your own. “You gotta start speaking Japanese now,” they said. I had to fall in line pretty quick.

Did you have any previous experience speaking Japanese?

I had some friends who spoke it, who told me how to say certain things. But [while in jail] you pretty much just have to follow along with whatever’s going on. I just kept kind of quiet. I also made a friend in there, and he spoke some English, so I was pretty lucky. 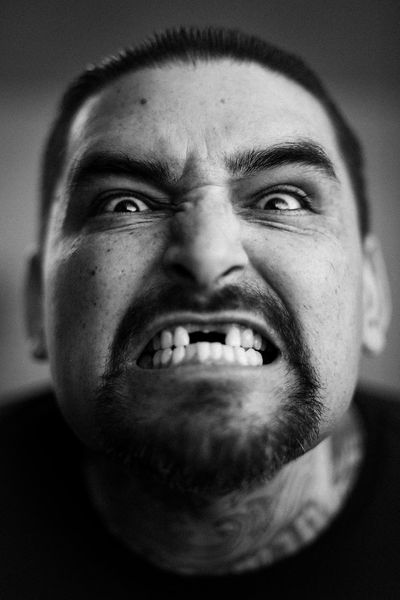 How long were you detained?

Only through a lawyer.

No phone calls, even?

The charges were ultimately dropped, but did the court or your attorney ever tell you  how much time you were facing?

They never said. Every case is different, and they can just choose what they want to do depending on the situation.

Do you know if you can return to Japan, either privately or while touring with the band?

I don’t know. We’ll see, and find out [laughs]. But first, I’ll go to the [US] consulate to make sure there aren’t any problems.

You’ve got a pretty devoted fanbase in Japan. Did any of them raise a ruckus on your behalf or offer any support?

Oh yeah. I had one friend who visited me with his wife and brought me money, books, and all kinds of stuff. I had a couple of other friends who came and visited me. They spoke in broken English while I was speaking in broken Japanese.

Any advice for American travelers carrying weed in Japan?

Don’t! Get! Caught! [laughs] The police will try to break you down mentally, there’s no speaking, there’s no nothing. You have to get a lawyer immediately, and that’s how you contact the [US] consulate. You have to play the lawyer game and the waiting game, and how long it all takes depends on how busy they are.

One guy was in there for six months, just for smoking [cannabis]. He was still in there when I was in there. The authorities don’t want to pay more money to get a translator, know what I mean?

Long Beach Dub Allstars’ next show will blast off in Huntington Beach, California on August 24. Get tickets here.

MUSIC
INTERVIEW
CELEBRITIES
CRIME
MORE...
Randy Robinson
FOLLOW
Based in Denver, Randy studied cannabinoid science while getting a degree in molecular biology at the University of Colorado. When not writing about cannabis, science, politics, or LGBT issues, they can be found exploring nature somewhere in the Rocky Mountains. Catch Randy on Twitter and Instagram @randieseljay
Share this article with your friends!
AD
By using our site you agree to our use of cookies to deliver a better experience.
Accept
Decline
MORE FROM MERRY JANE