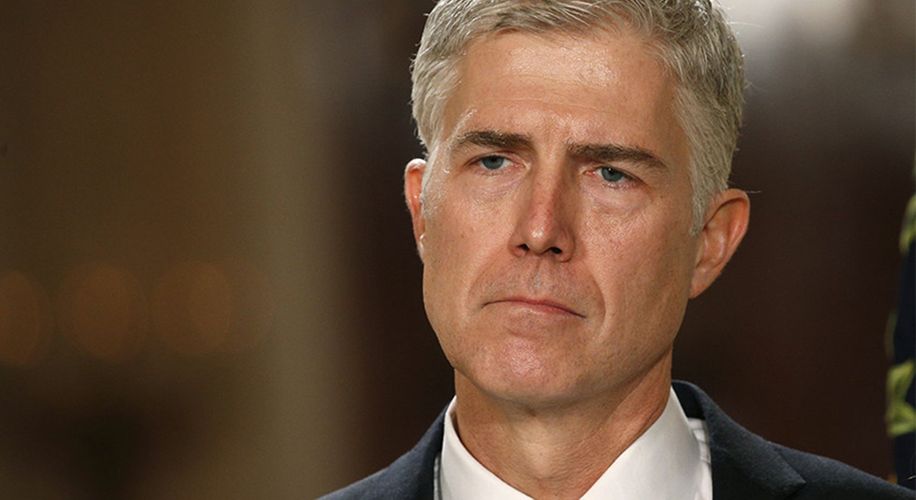 Neil Gorsuch Loves Screwing Over Normal People Like You

The average American will inevitably be hurt if Gorsuch is approved as a Supreme Court Justice.

The average American will inevitably be hurt if Gorsuch is approved as a Supreme Court Justice.

For some on the left, a silver lining appeared when Neil Gorsuch, at his confirmation hearing on Tuesday, stood by his comments that Trump’s criticism of the judicial process were “disheartening” and “demoralizing.” He even went so far as to say that Roe v. Wade was worthy to be treated as “precedent,” which, coming from a pro-lifer, may as well be a Planned Parenthood ad. But any reassuring noises he makes during this hearing—as we learned from the somehow-still-employed Jeff Sessions—are about as useful, as he might say in his supposedly endearing drawl, as an udder on a bull. Gorsuch still has to answer for a record of favoring corporations over their workers that will almost ensure his status as the new Antonin Scalia later this year when the Supreme Court hears its first major labor case.

Gorsuch, as Senator Chuck Schumer pointed out, failed to answer questions about his opinions on the Muslim ban, the Emoluments Clause (which President Trump has violated more times than he’s had taxpayer-funded trips to Mar-a-Lago), and Citizens United. This latter case is maybe the most infamous in recent history. Its aftermath has seen a new maxim rise in American elections: All people are created equal, but corporations are the most equal people because they have the most money. It doesn’t take an economist to figure out that AIG or J.P. Morgan Chase having the same opportunity for political influence as Michael A. Hunt and Seymore Q. Butts might favor the institutions with billions at their disposal. And Gorsuch’s love affair with corporate piggery won’t stop with his soft stance on campaign contributions.

By the end of 2017, the Supreme Court is expected to hear a case that will determine one of the most fundamental labor rights in the US—the right to bring class-action lawsuits against negligent or malicious employers. The court will decide whether it is constitutional for employers to force employees to sign away their right to take legal action against the company. As more and more researchers delve into Gorsuch’s writings as a lawyer and a judge, they are finding someone extremely hostile to workers’ rights, and specifically someone against “frivolous” class-action securities lawsuits, which he derisively called a fast-track to “free riches” in 2005. It’s hard to discern which part of this stinks more of closed-minded old money: the Thurston Howell down-nose at “fast” riches or the blue-blood temper tantrum notion that only employers are allowed to take advantage, never the help.

His ire has also been turned on administrative agencies meant to regulate the ways in which arch-capitalist employers can trim costs by treating their workers like scum. When the National Labor Relations Board sought contractually-obligated back pay for hospital employees whose hours had been illegally reduced, Gorsuch called their demand “overreaching.” What I’m saying is, that silver lining you’re looking at? Gorsuch will probably repurpose it as his watch fob and never give a Christmas card to the assistant who polishes it.