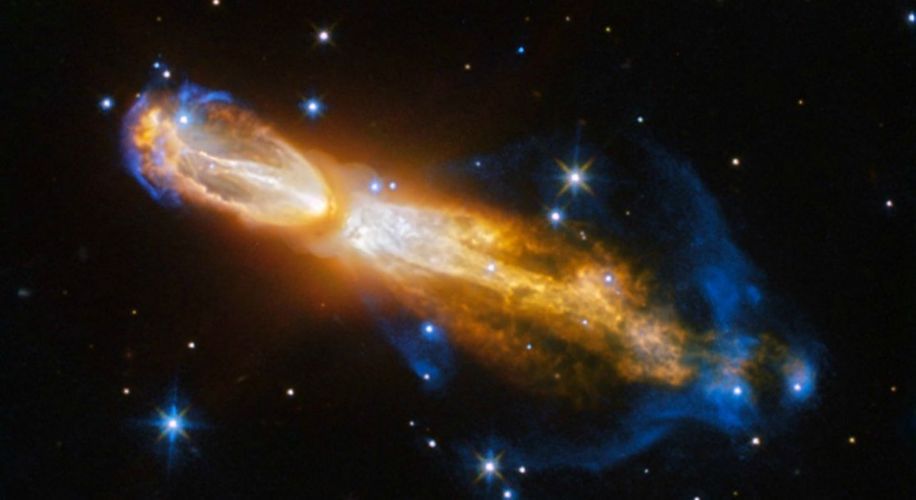 The ball of sulfur and dust exploded into space at over 600,000 miles per hour.

The ball of sulfur and dust exploded into space at over 600,000 miles per hour.

Unless you’ve been totally cut off from all news lately, you’ve probably noticed that things aren’t going so well here on earth. The environment is being destroyed, Trump is signing executive orders without bothering to even reading them, and Tom Brady has yet another ring to add to his collection. Unfortunately, things in space aren’t much different.

NASA’s Hubble Telescope just took a photo of a star dying. According to Time, the snapshot captured the star transforming from a red giant to a planetary nebula - or as NASA is calling it, the Calabash Nebula.

The photo shows the red giant blowing dust and sulphuric gases into space at a speed of 621,371 miles per hour. Because of it’s stinky, sulphur strewn into the galaxy, scientists also call the nebula the Rotten Egg Nebula.

Over the next thousand years, the cloud will turn into a fully formed planetary nebula, but for NASA, the split second when that the star exploded was the key moment, a rarity that they were lucky, and skilled, enough to catch on camera.

Now let’s just hope that NASA can retain some funding to remind us that there’s still some beauty left in this universe, even if it takes a telescope to see it.