CULTURE
Flower Power: The 5 Best Dry Herb Vaporizers to Bloom Your Brain With
AD
After trying these devices from our friends at Namaste Vaporizers, let’s just say it took a long, enjoyable while before we could form the proper words of praise for these dazzlingly well-made vapes.
Published on August 9, 2018

Like the legal weed industry at large, cannabis technology seems to keep evolving at exponential rate: Insiders often liken the nascent market to “dog years,” where one trip around the sun equals seven years of change and growth. As a result, keeping up pace with the means to get lit can prove to be a buzz-killing challenge.

Fear not, though, fellow weed warriors! MERRY JANE is here to steer you straight to the most intoxicatingly-effective pot products on the market right now. Take, for example, the five following vaporizers. All of these beauties are compatible with flower, so if you’re living in a prohibition state, don’t sweat about finding a dealer slanging 510 oil cartridges.

We’ve inspected these devices, we’ve tried out each of ‘em, and let’s just say it took a good, long, enjoyable while before we could get out the proper words of praise for these dazzlingly well-made dry-herb delivery systems. Read on, puff along, and head over to the site of our friends at Namaste Vaporizers to get these beasts for yourself. 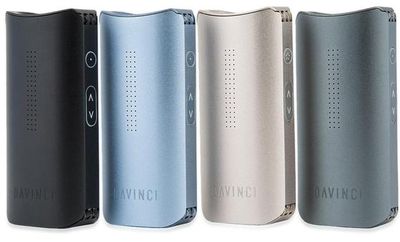 In keeping with its name, the DaVinci IQ is a masterpiece of portable vaporizing that’s brainily bolstered by intelligent innovations.

Topping the roster is the IQ’s smartphone app, which uses three guided modes — Smart Path, Precision, and Boost — to preprogram temperatures and perfectly regulate performance according to your own specifications.

The Flavor Chamber is also a trip in itself. This fun feature acts as a storage spot that enables you to fortify your next stash of herb right as you vape. The DaVinci IQ scores in the other areas that count, too. It looks futuristically sleek, feels good to grip, can be cleaned easily, and features user replaceable batteries.

In addition, the DaVinci IQ is compatible with a water tool using a 14mm adapter, meaning that this device delivers great flavor alongside smooth hits. When it comes to naming today’s top-of-the-line flower vaporizer, the DaVinci IQ is a brilliant no-brainer.

Get the DaVinci IQ through Namaste Vaporizers here 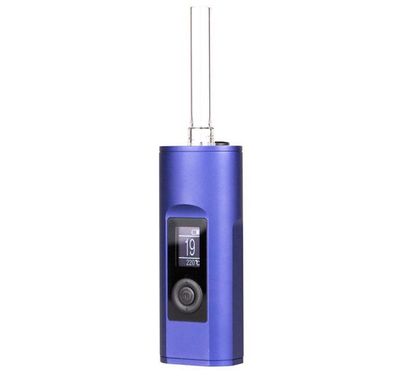 Arizer absolutely revolutionized dry-herb ingestion all the way back in 2011 with the Solo vaporizer. By releasing the Solo 2, then, Arizer is daring to declare that this new gadget will measure up to one of the most hallowed names in vaping history. Now get ready to inhale, everybody — because the Solo 2 not only surpasses the original, it’s a winning achievement in its own right.

Above all, the Solo 2 packs astounding power. It provides around 20 full sessions with each charge and you’ll really feel (and enjoy) the deep impact of each one. By playing at that level of potency, the Solo 2 won’t quite fit in your pocket, but it is easily portable — just use the belt-clip carrying case that comes included.

Get yourself an Arizer Solo 2 through Namaste Vaporizers here 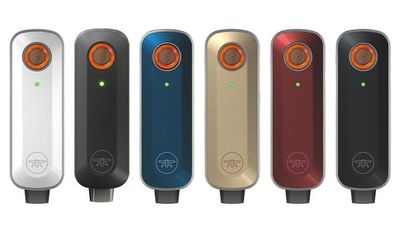 The Firefly 2 uses only super-heated air to get your flower up to vaping temp, and, in doing so, delivers outrageously full flavor with next-level smoothness that sets a new milestone in mellow efficiency.

While the Firefly 2 can accommodate both dry-herb and concentrates, let’s focus on on the flower front. By ranging in heat settings from room temperature all the way up to 400 degrees, the Firefly 2 extracts a vast array of terpenes from the herb within it.

On top of the Firefly’s ‘s rapid heat-up time, users can control temps by way of direct contact with the device, or by using the downloadable smartphone app — a technological marvel in keeping with the overall dope design.

Amazingly, considering how dynamically it performs, the Firefly is simple to clean and requires the bare minimum of upkeep. So, yes, “fly” is the operative word here!

For more on the Firefly 2, visit Namaste Vaporizers here 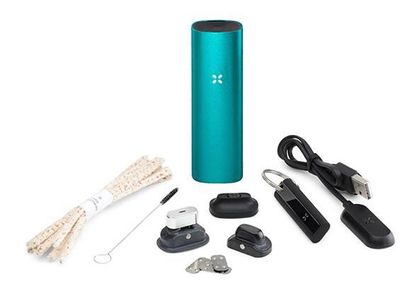 Light, elegant, but durably rendered in anodized aluminum and available in an array of artful designs, the Pax 3 is a conveniently portable device that supplies delectable vapor from short draws and conveys an air of sophistication even when not in use — but let’s be honest; it will often be in use...

This third edition is a step up from the previous Pax vaporizers in various ways, but most dramatically in terms of a smartphone app that enables multiple customization modes: Standard, Boost, Flavor, Stealth, and Efficiency.

In terms of dry herb, the Pax 3 chamber automatically accommodates all load levels for maximum output. The draw is smooth, the flavor is rich, and, above all, the potency perfectly matches your preselected preference. Now your vaping with power!

Get the Pax 3 through Namaste Vaporizers here 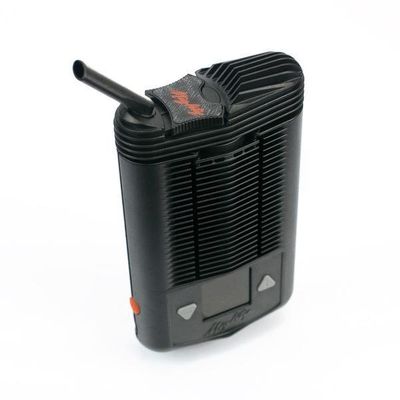 Taste is major factor of the Mighty, as users can enjoy their herb varieties both on the inhale and again in the form of the thick, voluminous clouds that result. The Mighty is also easy to load, fast to heat up, and embodies the very essence of simplicity when it comes to execution.

There are no apps, Bluetooth, or button sequences involved here: just push a button, let the Mighty get hot, and breathe deep. Remarkably, the Mighty also then cools down quick and stays that way during use.

It won’t fit in your pocket. It won’t quite stand on its own. It wears its lack of bells-and-whistles almost like a point of pride. And, in being so stripped-to-the-essentials while upping its vapor impacts on every level, the Mighty makes good on its name — mightily.

Get yourself a Mighty through Namaste Vaporizers here

420
BUSINESS
PRODUCT
TECHNOLOGY
MORE...
Mike McPadden
FOLLOW
Mike McPadden is the author of "Heavy Metal Movies" and the upcoming "Last American Virgins." He writes about movies, music, and crime in Chicago. Twitter @mcbeardo
Share this article with your friends!
AD
By using our site you agree to our use of cookies to deliver a better experience.
Accept
Decline
MORE FROM MERRY JANE