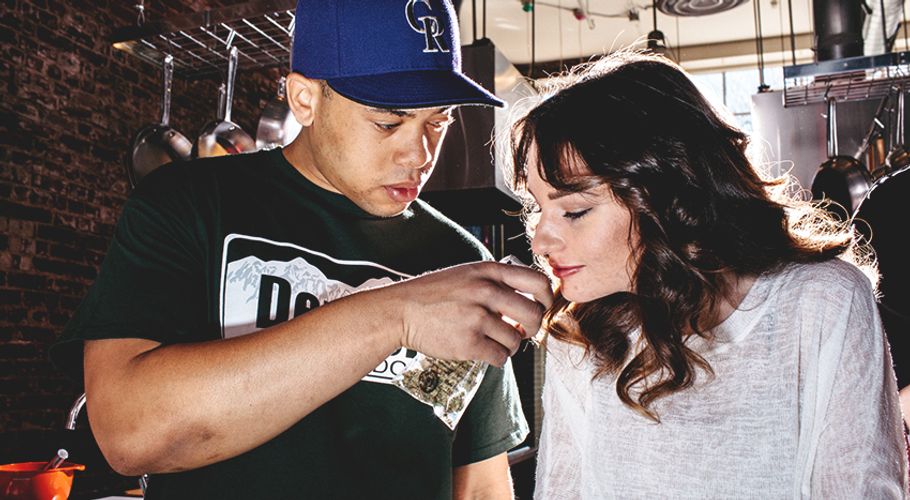 My 420 Tours’ Cannabis Cooking Class Teaches the Diversity of Edibles

Infusion is deeper than brownies and hard candies.

Infusion is deeper than brownies and hard candies.

Edibles don’t have to rot your teeth. Although most people associate cannabis-infused food with sweets, there are myriad savory options that can give you a feeling of relaxed euphoria without the cavities, and Denver-based cannabis tour company My 420 Tours offers proof. At the company’s popular $99 cannabis cooking class, students learn to cook a proper three-course meal infused with cannabis.

“Originally we just had a dispensary, grow tour, and our hotel accommodations, but we saw this interest in edible consumption,” says My 420 Tours’ sales director Joe Schaefer. “The inability to access it as a product at home was something we needed to address. We created this class around that idea. There are several types of cooking classes around town but none of them are as unique as ours, where the consumer actually learns how to prepare a higher-end meal, and also how to infuse a portion of that with a cannabis product.”

Chef Travis French currently teaches the class, which attracts both locals and tourists from around the world—even older folks looking to get back into cannabis after its recent legalization.

“Our customers provide their own cannabis, then I show them how to decarboxylate that, and either how to infuse a butter or how to use cannabis as a dry herb,” French explains. “My favorite is doing it right on the sauté pan. You get a hot sauté pan, throw your cannabis in there, crush it up by hand, and toast it high heat for a few seconds. The smell will get more pungent and you’ll start to see some smoke coming off of it—that’s the decarboxylation process occurring.”

French teaches his students several methods to prepare cannabis as a food ingredient, including oven baking, slow-cooking, and alcohol extraction, and treats marijuana as he would other plants used used in cooking.

“My goal is to use cannabis as a herb, more than just something for brownies and sweets,” French says. “People focus on the sweets because it covers up the taste of it a little bit, but after you decarboxylate it properly you don’t get any of those off flavors. I rarely pick up on the taste of it; usually whatever we’re adding it to comes through more than the cannabis does.”

Themed menus are a large part of French’s lesson plan, from Chinese cuisine to Mexican and beyond. When Thanksgiving rolls around, he teaches students how to add cannabis to their turkey and holiday sides. French is particularly proud of his Flan Napolitano recipe, a unique cannabis-infused twist on the South American dessert staple.

In response to the class’ success, French and My 420 Tours have started a new class, “Sushi, Sake, and Joint Rolling,” in which students learn to roll sushi while rolling and smoking joints and sipping sake. For $79, they receive unlimited sake, three whole DIY sushi rolls, and if they need, two grams of cannabis from Buddy Boy Brands.

“The first thing we do is product identification. We talk about rice, nori, and ways to find sushi-grade fish, making the rice adding vinegar and sugar,” says French. “I basically show them how to do a roll or two and some pieces of nigiri, and then it’s free-form after that. We give them a lot of fish and vegetables to do what they want with.” Although the sushi doesn’t include cannabis, the rolling process of both the sushi and the joints have more in common than you might think.

In addition to the original cannabis cooking class and new sushi endeavor, My 420 Tours and French provide private cooking classes, where customers can receive more comprehensive lessons specialized for their wants and needs.

Whichever class people elect to take, the one thing they’re sure to learn and never forget is that edibles can be so much more than sweets.