Lead photo by JP Plunier, courtesy of The Jack Moves

For this week’s edition of our MERRY JANE Spotify Playlist Takeover series, we’ve got an ebullient stroll through sound, courtesy of The Jack Moves.

The genre-hopping duo, comprised of Zee Desmondes and Teddy Powell, make montage-ready music: Whether you’re driving through Los Angeles late at night and trying to rinse your cortex, or packing up your apartment and stumble upon a letter from an ex, these tunes are thick with vibes — thick with the type of energy that makes the mundane feel cinematic.

Their latest LP, Free Money (out now on Everloving), is an emotional suckerpunch begging to soundtrack your life, and their hand-picked, pot-friendly tunes are no different. From deep cuts by The Manhattans, to some essential DJ Screw, this playlist is pretty damn perfect for those late-autumn feels when everything feels nostalgic in real-time.

Big ups to The Jack Moves — dig into their playlist below, and continue reading for our high-flying interview with the vibe maestros. MERRY JANE: What does it mean to be a “skate-funk punk,” like your artist bio states? Do you still skate? How does that culture intersect with cannabis culture?

Teddy Powell: I don’t know what the hell a skate-funk punk is. Punks were like white kids with Doc Martens on back in the day, so when you add the ‘skate’ and ‘funk’ to that I guess it’s a black kid with Doc Martens and super tight jeans on with a skateboard. Yes, I still skate.

Zee Desmondes: Every skater I’ve ever chilled with has been a weed smoking dirt bag. Out on the streets lurking, smoking big. But I think the younger skaters might be different. They tend to [gravitate towards] the Gram, put together fresh outfits, and think about their end game strategy. Back in the day, maybe they lived more day-to-day…more reckless.

Can you tell me about the album title — “Free Money”? Does the band have a unique relationship with capitalism?

Teddy: We named the album after my cousin Money who was locked up at the time. Free Money.

Zee: It sounds Marxist, but make no mistake, we are ruthless capitalists that will stop at nothing to increase our bottom line.

What was your weed consumption like while writing and recording the record? Do you smoke before getting in the studio?

Teddy: I don’t really fuck with that. I smoke here and there… Eat mushrooms and LSD every now and then.

Zee: Andy, our label owner, would bring me a little stash to have in the back house where we were recording. Smoking weed and workin’ on shit can go either way. It can send me down a rabbit hole of strange new ideas. Or it makes listening back to what we have so far feel either exciting or terrifying. That’s what’s nice about weed — it throws you into the unknown, has you questioning all sorts of things about yourself and shit you’ve done.

What album do you like to listen to together while smoking weed? 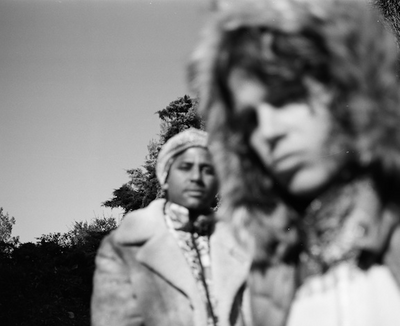 Do you have any in-group smoking rules or rituals? Be it “pass to the left,” or a designated joint roller?

Teddy: No rituals, just smoke until the brains blow.

Zee: No rules, but respect the herb.

What is your most memorable smoking experience as a full band?

Zee: Chillin in a plaza in Copenhagen, with our friend Crafty, smoking his toasted spliffs, when all of a sudden Tom Penny (the skater) rolled up on a bike and hit the joint. We all chilled, smoked and drank beers all night. Then he came to our show the next day. I wasn’t super big into skating as a kid but Tom was always the most mysterious, illest dude in all the videos.

Teddy: We were smoking backstage before a show with some crazy African dude and he pulled out a bag of coke, put it in his hand, and blew it into Z’s face. I was like, What the fuck? 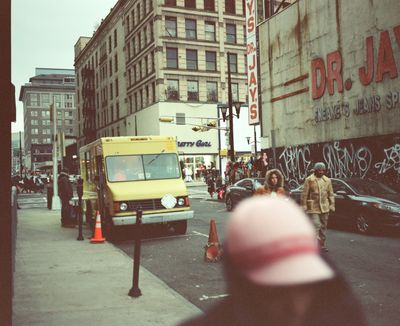 If you could tour with any band that’s still performing, who would you pick and why?

Zee: Tyler the Creator, cuz I think he’s doing something new and interesting with blending different types of vibes from hip-hop to jazz to R&B... and he’s doing really interesting arrangements.  His energy and creativity comes through strong and from a fun place.

Teddy: The Growlers would be cool to tour with, although by the end of the tour you might be fucked in the head. To open up for Snoop would be sick! I think his crowd would fuck with us.

You are from New Jersey originally right? What do you think of Governor Phil Murphy — and when do you think his plan to legalize weed will actually come to fruition?

Teddy: Yes, we’re both from Jersey. I don’t really fuck with that dude. I know Mayor Fulop in Jersey City is trying hard to legalize weed, but I’m not sure what’s going on in the rest of New Jersey.

Zee: As soon as enough business folks figure out how to get rich off it [it will be legalized]… Soon. 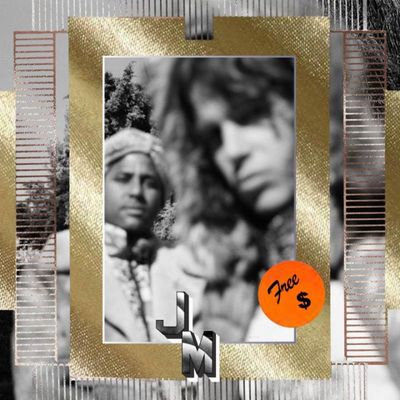 Anything else you want to add about your song picks for the playlist takeover?

Zee: Bump it! Maybe hit the lamb spread and take a little joyride. Is that illegal? Can I be sued for recommending that?

What’s next for the band after the album comes up? Are you touring? Or is it time for a much-needed vacation?

For more on The Jack Moves, visit their record label's website here

INTERVIEW
ENTERTAINMENT
MUSIC
HUMOR
MORE...
MERRY JANE Staff
FOLLOW
MERRY JANE is based in Los Angeles, California and is dedicated to elevating the discussion around cannabis culture.
Share this article with your friends!
AD
By using our site you agree to our use of cookies to deliver a better experience.
Accept
Decline
MORE FROM MERRY JANE