On Monday, Martha Stewart and Snoop Dogg dropped a trailer for the third season of their cooking show — and it’s got the duo recreating Jack and Rose’s “King of the World” scene from Titanic.

But instead of “flying” over the Atlantic, they’re flying high in the kitchen.

In previous seasons, Martha and Snoop shared cocktail, dessert, and other simple-yet-scrumptious recipes with fellow celebs under a variety-show format. The new season marks the first time the hosts will battle their friends for the Potluck Party Platter Prize.

The first special puts tokers to the test: 4/20 munchies. Isla Fisher will judge with Method Man and Matthew McConaughey competing. 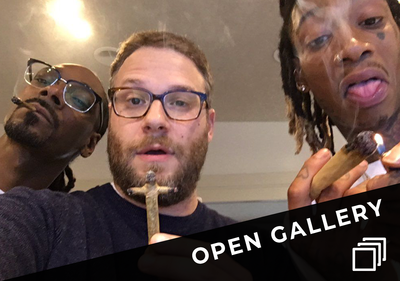 TELEVISION
VIDEO
HUMOR
WATCH THIS
MORE...
MERRY JANE Staff
FOLLOW
MERRY JANE is based in Los Angeles, California and is dedicated to elevating the discussion around cannabis culture.
Share this article with your friends!
AD
By using our site you agree to our use of cookies to deliver a better experience.
Accept
Decline
MORE FROM MERRY JANE