Did you know that hemp, historically, has been used to create ultra-durable rope? The cannabis plant can yield such strong rope that it’s believed Harry Anslinger, marijuana’s nemesis and the father of prohibition, in part pushed for outlawing cannabis as it was a threat to his investment in the synthetic fibers industry. Today, as legalization grows and the lingering Anslingers of the world die out, our culture is also more accepting of both smoking cannabis and using rope as a form of bondage.

“What I find in people who are interested in dabbling in bondage is if they start with rope, a lot of people get frustrated very easily, say, ‘bondage isn’t for me,’ and give up,” the Mistress told MERRY JANE in an interview. So, instead, why not start with bedsheets, or even some “mental bondage”? 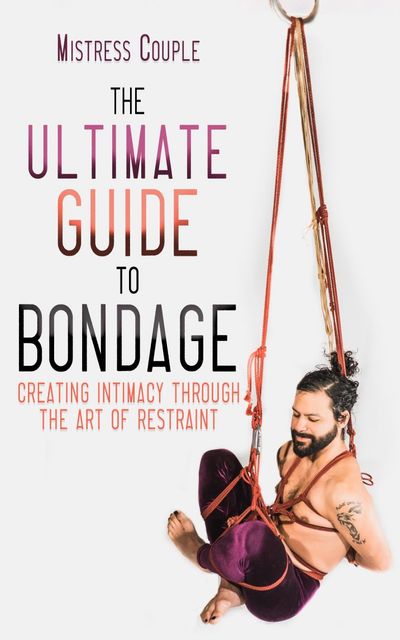 The most interesting thing that happened here after 50 Shades came out was the amount of couple enquiries over the age of 60. These are people who have been married 40 or 50 years and never had conversations about their power exchange or even sexual interests. I think that the book gave a lot of people permission to come out to their partner about their interests or permission to start exploring.

Can you explain the power exchange within the D/S dynamic that some people might misunderstand?

People get very confused, especially when one partner is submissive and they want them to dominate them. Usually the [dominant] goes a little too far. Even if you’re in control, everything that you’re doing has to be previously agreed upon in negotiation. So if the partner on the bottom says I want you to completely control me, that might not mean that they want to be publicly humiliated while you’re shopping in the mall. There needs to be conversation surrounding the power dynamics of what’s acceptable. I think that’s the tricky thing for people to understand who are just starting in BDSM. 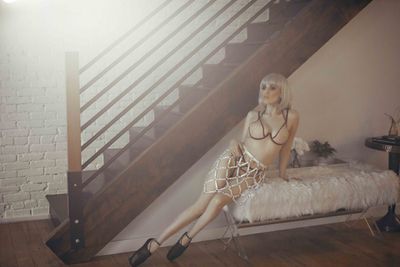 The inherent power structures built into society really affect power exchange dynamics. Some of us have more power than others in everyday society. For instance, if one is a white cis male with a six-figure salary job, dominating a younger person who doesn’t have as much power in society. Similar to the book, when Christian Grey was Anastasia Steele’s boss, he was a billionaire, and so it’s not as easy for Anna or anyone to really speak up and stand up for themselves because there’s already so much power being wielded by that person in society and their financial position of power. People forget to consider those things. I think also many people don’t recognize that they have that power and privilege, and how that affects these dynamics. People get into trouble because for instance, they say, “Oh, you never told me that you didn’t want to do that,” and the bottom is saying, “Well, maybe I didn’t feel comfortable in that moment to say something because you’re my boss.”

If a couple is looking to get into bondage, what would you suggest to them first?

The first thing that I would tell people is rope is the hardest tool to learn how to use. It’s the most popular one, and it’s the most seen in pop culture because it’s so beautiful and it’s such an intricate art form. But it takes months, if not years, to safely master all these patterns and knots. What I find in people who are interested in dabbling in bondage is if they start with rope, a lot of people get frustrated very easily, and say, “bondage isn’t for me,” and give up. I include this in the book, but start with things you already have, like plastic wrap, or belts and bedsheets. There are so many things you can use that are easy and effective to use. 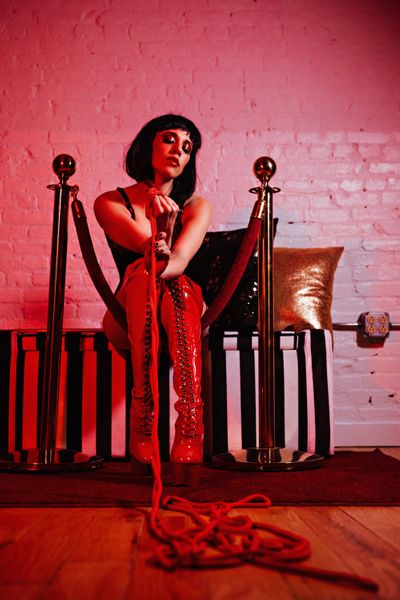 It’s a very artistic history too, which I think a lot of people miss. It is an art form, and a lot of art explores the themes of pain and suffering and resilience and overcoming obstacles, and bondage encompasses all of those things.

You discuss “mental bondage” in your book. Can you give a rundown on what this is?

What’s an example of mental bondage?

Having to stay in a particular position, with the threat of pain or some form of punishment if the submissive doesn’t hold the position. I have a really fun game that I play with my submissive where I balance a ring or some sort of item on their head or on their collar and then I make them go into different postures or positions without dropping that. Then it depends on the person and how severe I want the punishment to be, but for instance if they drop it then they don’t get to orgasm for one day. So that turns into a very powerful tool and you see immediately how their mental state shifts to really focus on every single movement, every single breath, because that token has taken on a new meaning.

Another type of mental bondage which is really erotic is hypnosis. Even just saying a mantra (which I use as a precursor to hypnosis training) really helps people to focus when they’re in a bondage scene. For instance, for people who have a really hard time turning their mind off, mental bondage is a great way of controlling that active voice by giving the person a sexy phrase to repeat over and over in their mind. That will help guide them into a submissive state, rather than this active vigilant state that people often find themselves in, especially in sexual situations. 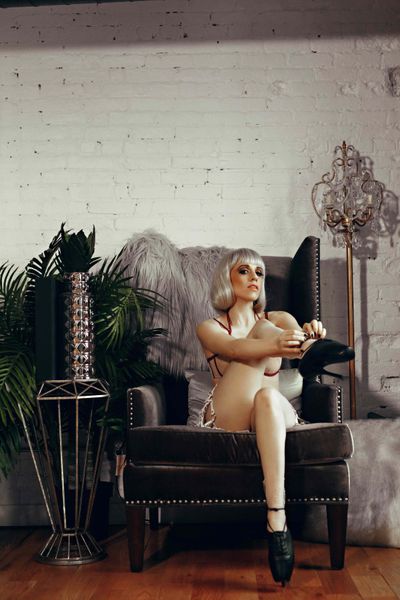 Are there any other forms of bondage you’d like to discuss?

One thing I mention in the book is the wedding ring as a form of bondage. The wedding ring is something that you say, we’re bound together in love. It actually stems from the practice of handfasting, which is binding the hands together to show the union.

For more on Mistress Couple, visit her website here. And order a copy of The Ultimate Guide to Bondage here.

420
INTERVIEW
HEALTH
SEX AND ROMANCE
MORE...
Sophie Saint Thomas
FOLLOW
Sophie Saint Thomas is a writer based in Brooklyn. She was raised in the U.S. Virgin Islands. Along with Merry Jane, her writing has been published in VICE, Cosmopolitan, Marie Claire, High Times, Nylon, Playboy, GQ, Harper's Bazaar and more. Brooklyn Magazine included her on their annual 2016 30 Under 30 Envy List. Her favorite strain of weed is Grand Daddy Purp.
Share this article with your friends!
AD
By using our site you agree to our use of cookies to deliver a better experience.
Accept
Decline
MORE FROM MERRY JANE