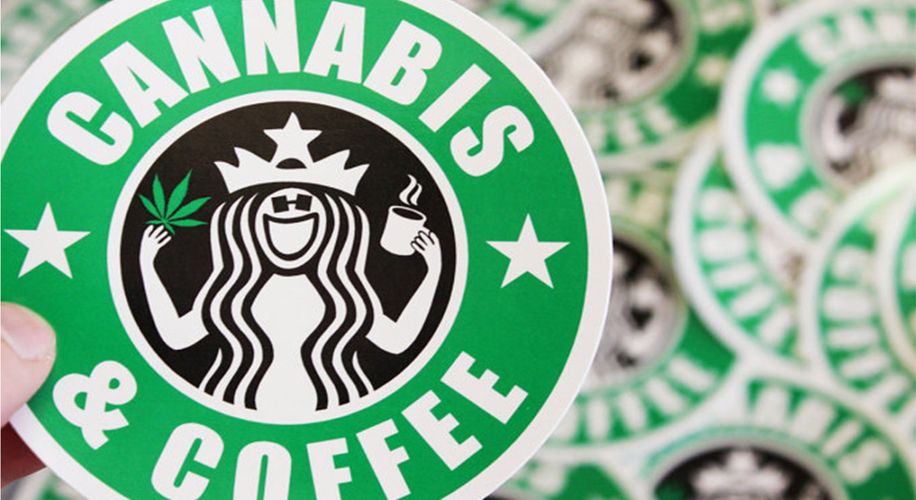 Lawyer Up: Where Is the Starbucks of Cannabis?

The rise of national marijuana brands is still a long way off. How is that ever going to change — and do we even want it to?

The rise of national marijuana brands is still a long way off. How is that ever going to change — and do we even want it to?

Judging from news reports, the Starbucks of cannabis is just around the corner. Media outlets from Fast Company and Bloomberg to Food and Wine have all predicted that various cannabis dispensary chains or marijuana brands are poised to become as powerful and ubiquitous as the coffee behemoth.

Here's the bad news for all of these up-and-coming cannabis brands and the hyperbole-prone journalists writing about them: None of these companies are going to become the Starbucks of cannabis anytime soon. Nor is any other company, for that matter. That's because despite the rapidly blooming and evolving legal cannabis market, the industry is still incredibly fractured and inconsistent. A Colorado resident can't fly to California and find a dispensary that's exactly like the cannabis shop she's used to in Denver. She won't be able to find cannabis products that feature the exact same ingredients that she has grown to depend on at home. Sure, maybe she'll find dispensaries and products with the same or similar names and ingredients, but the dispensaries and products themselves will be slightly but fundamentally different.

And despite the bold claims of various cannabis entrepreneurs and the millions being poured into promising cannabis brands, it would seem there is nothing on the horizon that will change this scenario in the near future. For the time being, the rise of one or more true national cannabis brands seems to be a distant goal, even for those companies considered to be large industry leaders.

Why is that? Why is it so hard to build a national cannabis brand? Why is legal cannabis unique among industries in that you are unable to find the exact same retail experiences and products from one state to the next? How is that ever going to change — and do we even want it to?

One reason we have not yet seen the rise of a true national cannabis brand is that the industry is still in its infancy in many aspects. Even in states with seemingly more developed cannabis programs, most cannabis companies spent an inordinate amount of their formative years tackling regularly changing and evolving rules and regulations on essential topics such as zoning and entitlements, labeling, packaging, testing, and so much more. Thus, the bulk of their initial expenditures of time and capital have been spent building a solid foundation for operations and compliance in their home state, leaving little to no time to ponder new horizons. In addition, based on the delays and complexities unique to each state's program, many cannabis operators also don't necessarily have some of their core business elements in place — operating documents, corporate contracts, strategic organizational structure, vendor agreements, and advanced operating procedures — all key elements to scaling, expanding, and building a national brand.

Worth mentioning is that many cannabis business owners have not had the time, know-how, and/or capital to develop and position themselves from a branding standpoint, which also hinders national expansion and success. If, for example, you were going to launch a paper company, one of the first things you'd likely think about is how to make your company stand out from the competition in the already robust paper market. But in the frenzied launch of the legal cannabis industry, where there were no established players or even a road map for operations and compliance, let alone expansion, most cannabis companies charging out of the gate were forced to focus all of their energy and resources on acquiring licenses and necessary authorizations in order to open their doors and begin operations. That left them little time or ability to focus on differentiating their brand, which means it's going to be awfully hard for these companies to enter additional markets across the country. For any of these cannabis ventures to be successful on a wide scale, they first have to be able to truly understand and communicate their niche.

Even if you have a company that's ready, willing, and able to take its brand nationwide, existing laws and rules make it exceedingly difficult for cannabis businesses to do so. It's illegal to transport cannabis in any form over state lines, which means there's no way to produce and ship cannabis products around the country, like companies can do with essentially any other kind of good. Instead, cannabis companies are required to either secure a license or identify and form relationships with license holders, forcing them to establish distinct licensing, production, and supply chains in every state in which they want to operate — a daunting task from a time and financial perspective.

Dispensary chains would seemingly have it easier, since they'd be replicating their retail model in multiple states, not struggling with interstate cannabis commerce. But the rules for medical and recreational cannabis sales are so different from state to state that there's no easy way to replicate a dispensary retail model without significant modifications from everything from dispensary layout and security, to packaging, labeling, and even employee requirements.

The other option would be for companies to partner with different operators in every state and centralizing branding and marketing efforts. But to do so, these businesses have to be comfortable relinquishing some measure of control. If business owners intend to expand and join forces with partners and/or license holders in other states, a great deal of trust needs to be placed on those out-of-state teams as it relates to the cultivation, production, and marketing of their specific brand and identify. After all, it only one takes one major screw-up in any of these outposts — one moldy crop of cannabis, one poorly-produced product that makes its way to market, one bad batch of mints — for a brand to suffer significantly. Negative feedback always seem to travel faster than positive in this nascent industry.

While Canada is on track to launch a national recreational cannabis market that would avoid such fragmentation challenges, we also shouldn't expect major cannabis powerhouse brands to be emerging from our northern neighbor anytime soon. Strict national restrictions on packaging and labeling mean it's going to be very hard for companies there to capture major market shares through traditional branding and marketing. Not to mention, even if any of these Canadian brands do succeed in dominating the national market, restrictions on importing and exporting cannabis over the border means additional hurdles that will prevent any one company from becoming an international powerhouse.

Of course, eventually the market will be ready for national cannabis businesses, either because state regulations will become increasingly uniform, or because the U.S. government will legalize cannabis once and for all. So at that point, who's going to win and become the Starbucks of cannabis? I don't think it will simply be the company with the coolest tech or shiniest product or slickest branding. The secret to success at a national level will likely come down to the boring stuff. Who has correctly developed, established, and successfully differentiated their product and/or service offerings from others in the industry? Who has allocated the necessary time and resources to developing and implementing a strategic plan for success and expansion, operational policies and procedures which are scalable, as well as all of the various protections, contracts, and agreements necessary to protect, secure, and allow for consistent expansion and growth? And who has built a team of impassioned and hardworking professionals with expertise in all the relevant areas of the business?

There are many who are well on their way to doing all of these things. However, due to the unique complications and hurdles of the cannabis industry, I don't believe we will see true national cannabis brands and operations come to fruition in the immediate future.

Of course, there's another question: Do we want the Starbucks of cannabis? After all, cannabis has long been a grassroots movement, nurtured and fueled by small-scale growers who've risked the fury of the law to pursue their dreams. Many people think the rise of mass cannabis brands will mean these small operators, the mom and pops, will be wiped off the map.

I think there's a happy-medium. I certainly support local business owners and I have many clients who are much larger-scale corporate operators. More important than size is product consistency, testing, accountability, and accuracy. I want consumers to be able to walk into a dispensary in Maine and know that the infused chocolate bar on the shelf has the same quality and consistency as that same chocolate bar in Arizona or Oregon. That sort of product reliability will most likely increase as cannabis companies begin to develop and establish local and then nationally-recognized brands and products. And in many ways, that dependability will assist in instilling greater consumer confidence — the sort of confidence that will encourage people to buy the same well-recognized quality cannabis products again and again, but it will also inspire them to design, develop ,and create craft alternatives produced by small-scale cannabis farmers. In a mature, robust cannabis market, there should be enough business for everyone.

It's not that I want the Starbucks of cannabis. I just want the comfort and assurance that comes with going to a Starbucks during the holiday season and knowing that the Peppermint Mocha I order will be the same every time. Same goes for a tincture or a THC-infused gummy.

Laura A. Bianchi is the co-founder and Managing Partner at Bianchi Brandt & Hale in Scottsdale, Arizona. One of the nation's foremost experts in cannabis business law and financing, Laura has been working with industry clients for nearly a decade. As one of the first business/corporate transaction attorneys in the country to specialize in the nascent legal cannabis market, Laura now channels her expertise to support the success of industry professionals in all aspects of their legal, financial, and operational needs. For more on Laura A. Bianchi, visit her firm's website BBHCounsel.com.