CULTURE
Lawyer Up: How the Weed World Gets Screwed When It Comes to Trademarks
AD
Ever wonder why the strain “Girl Scout Cookies” is now called “GSC”? Or why “Gorilla Glue” is now “GG #4”? Our legal columnist explains the ins and outs of trademark infringements in relation to the cannabis industry.
Published on March 23, 2020

Over the least several years, we’ve heard more and more stories of cannabis brands, growers, and even dispensaries getting into sticky situations over trademark infringement allegations. When companies with federally-registered trademarks discover that cannabis companies and professionals are branding themselves or their products with names like “Gorilla Glue” or “Girl Scout Cookies,” they can take concrete steps to protect their brands from infringement and stop those companies from using those names. In some cases, they can even recoup profits.

Cannabis companies, however, aren’t entitled to the same protections. In fact, because marijuana is still illegal at the federal level, professionals and companies who touch the plant cannot register a federal trademark to protect their brands. The federal government’s reasoning is that it would be put in the “anomalous position” of extending trademark protections to a product seller based on the seller’s illegal actions. Courts in states where cannabis is legal are declining to recognize legal protections for cannabis brands, even where consumers are unlikely to mistake their products for ones that don’t contain marijuana. 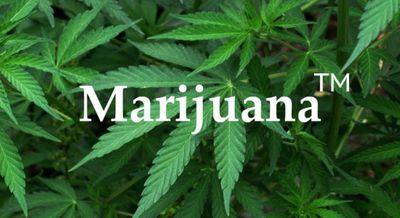 What do trademarks protect and what happens when cannabis companies are accused of trademark infringement?

A trademark is a word, symbol, phrase, or design that helps consumers identify and distinguish the source of the goods of one party from those of another. They’re absolutely vital to protecting a brand’s value because they legally safeguard the aspects of a brand that are unique to the company.

Once a trademark is approved by the federally-run US Patent and Trademark Office (“USPTO”), it’s incontrovertible evidence that the filer owns the mark, has the exclusive right to use it nationwide, and can stop others from using it. As an added bonus for consumers, trademarks incentive businesses to uphold rigorous quality and safety standards for their products because consumers can easily identify them by their product labels and hold them accountable when necessary. 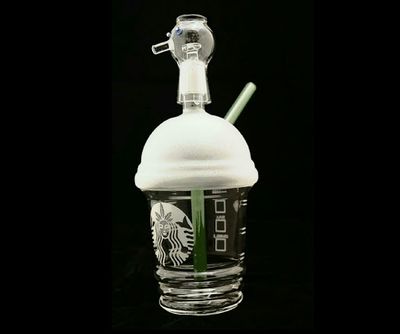 In cases where products are similar but don’t directly compete, courts may consider the defendant’s intent in selecting that particular mark. Plaintiffs who can provide evidence that the infringement was intentional are more likely to succeed.

For example, the designer of the aforementioned Frappuccino-style “Dabuccino” bong lost his trademark and copyright infringement lawsuit to Starbucks in 2016. He lost by default because he never officially appeared in the case to present a defense. He’d marketed the bongs using the phrase “[t]aking inspiration from one of America's favorite frozen coffee drinks, this cup is hugely popular with most people and easily relatable” — a clear indication that he aimed to capitalize on the popularity of the Starbucks brand. Due in part to his failure to appear in the case, along with this evidence of intentionality, the court ordered him to pay Starbucks over $400,000 in damages (including nearly $100,000 in profits he’d made “parodying” Starbucks’ marks). 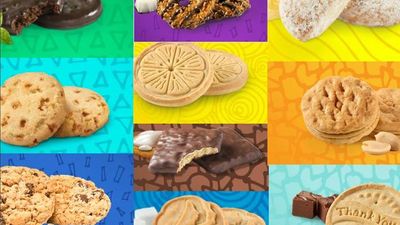 In 2014, the Girl Scouts of America Organization (“GSA”) learned that dispensaries in California were selling a strain of weed called “Girl Scout Cookies.” After presumably seeing an increase in non-cookie-related “girl scout cookies” activity on social media, the GSA’s’ lawyers sent a cease and desist letter to the Buds & Roses dispensary in Los Angeles, objecting to the use of the “Girl Scout Cookies” name because it implies that the Girl Scouts endorse the use of the trademark “in connection with illegal drugs.”

Interestingly enough, while the dispensary owner had won a Cannabis Cup with the strain when he entered it through his dispensary, he was neither the breeder nor the grower. It’s possible he became the target of the letter simply because he was the only clear connection they could find to the strain. Nevertheless, he complied with their demand by changing the name of the premium version of the strain to “Platinum Cookies.” This is also why you see “Girl Scout Cookies” often stylized today as “GSC.” 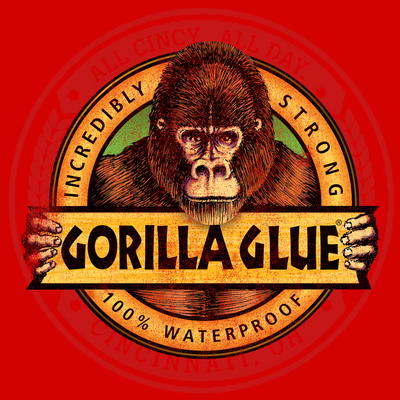 In 2016, the Gorilla Glue Company, maker of adhesives such as glue and tape, sued Las Vegas marijuana cultivator GG Strains over several strains of weed they were calling “Gorilla Glue.” Originally, the name was a joke — a nod to the fact that the bud itself was super sticky. But the name stuck and in 2015 GG Strains was sued by Gorilla Glue not long after winning first place in the 2015 World Cannabis Cup. The lawsuit was time-consuming and very expensive, straining the small, three-person company and forcing them to re-brand all of their products and update their track-and-trace system. This is likely why you see the name “GG” or “GG #4” instead of “Gorilla Glue” in dispensaries these days.

Last year, health-food maker Kiva Health Brands (“KHB”), sued cannabis-infused edibles brand Kiva Brands Inc. (“KBI”). Because the companies’ marks and products (food items) were similar but did not directly compete, the court considered the likelihood that a reasonable consumer would confuse the two brands. Ultimately, it found that the likelihood of confusion was low because there was no evidence that the companies serve the same customers, and KBI’s products are only available to adults 21+ through state-licensed dispensaries and delivery services.

When it comes to KBI’s intention in selecting the KIVA mark, the fact that it had inherited the mark from predecessors who’d been using it in California since 2010 definitely worked in its favor. It was clear evidence that KBI had not intentionally selected the KIVA mark, since KHB had only held it’s federally-registered trademark since 2014. However, the court rejected KBI’s counterclaim to stop KHB from using the mark, expressly because the marijuana in KBI’s products is illegal at the federal level.

For example, an alcohol company recently received a federal trademark for the name “Weed Cellars,” even though the filing states that its beverages contain no THC. They now have a legally defensible trademark that gives them the right to sue any potential infringer using the name “weed,” and they can presumably use it on any products they sell in the future — perhaps even marijuana once it’s fully legal.

But now imagine it’s day one of marijuana being fully legal at the federal level, and that a cannabis company attempts to trademark their name with the USPTO. The word “weed” in this context might not be trademark-able because it’s merely descriptive of any product containing marijuana or simply too generic.

With that in mind, it’s possible to imagine that a company selling only legal goods could strategize to block an impending onslaught of marijuana trademark applications, thereby securing exclusive rights to create and profit from “weed”-branded products. This is even somewhat reminiscent of large alcohol brands that have been investing in cannabis for several years in order to avoid cannabis companies cutting into their profits or market share in the future. But to the cannabis industry, news of the “weed” trademark could feel like a particularly overt and unfair appropriation of cannabis slang and culture from a competing industry.

What can cannabis companies do to protect their unique brand identities, products, and profits?

Right now, there’s no sure-fire way for marijuana companies and professionals to protect their brands from infringement, including from others within the cannabis industry. But, there are some steps that can be taken in good faith:

STRAINS
INDUSTRY
LAWYER UP
FLOWER STRAINS
MORE...
Cannabiz Confidante
FOLLOW
Cannabiz Confidante is a lawyer and cannabis business consultant based in Southern California. When she’s not lawyering or writing, you can find her painting and practicing yoga. Follow her on Twitter @CannaConfidante.
Share this article with your friends!
AD
By using our site you agree to our use of cookies to deliver a better experience.
Accept
Decline
MORE FROM MERRY JANE