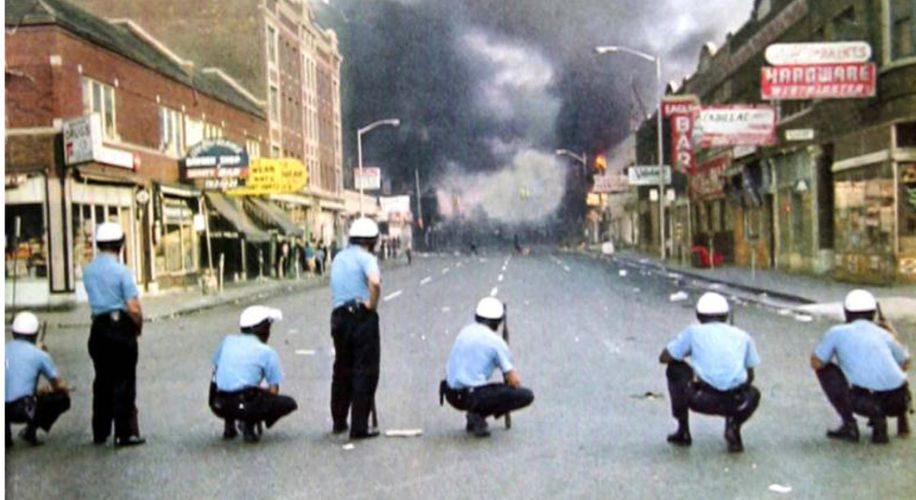 Another politically charged film from the director of “The Hurt Locker.”

Another politically charged film from the director of “The Hurt Locker.”

In 1967, Detroit police raided an after-hours bar expecting only to find a few patrons, but instead stumbled upon 82 African-Americans celebrating the safe return of two local GIs from the war. They arrested everyone, which led to an uprising that lasted 5 days and resulted in 43 dead and 1,189 injured. Known as the 1967 Detroit riot, the scale of the riot was only surpassed by the 1992 Los Angeles riots, but it will be remembered forever as the 5 days that shaped the city of Detroit.

Considering the tense climate we live in, it’s no surprise to see filmmakers taking a long hard look at our past, hopeful that it’ll resonate. Kathryn Bigelow certainly isn’t known to shy away from challenging films, and Detroit is right up her alley.

People often say that behind every great man is a great woman. While Kathryn Bigelow was known primarily as James Cameron’s wife (and then ex-wife) for a long time, she has certainly proven herself as a filmmaker, and is now considered to be one of the best directors in the world.

In 1987, she directed Near Dark, quite possibly the best vampire film ever made (starring the recently departed Bill Paxton), and then made her mark in the action genre with the thriller Blue Steel. But it really was the cult classic “Keanu Reeves infiltrates a gang of surfers/bank robbers” Point Break that allowed her to break into the mainstream. Still regarded as one of the seminal action films, the film holds a special place in our collective minds (and hearts). Her effort was followed by the visionary Strange Days, and then her career slumbered with The Weight of the Water and K-19: The Widowmaker (a film primarily remembered for Harrison Ford’s terrible Russian accent).

In 2009, Bigelow reinvented herself, forcing American audiences around the world to take a serious look at what was going on in their own backyards, right under their noses. The Hurt Locker won the Academy Award for Best Picture and Best Director, and three years later, she directed Zero Dark Thirty, an unsettling film chronicling the hunt for Osama Bin Laden.

Considering her last two efforts, it’s no surprise to see her tackle such a sensitive subject as the Detroit riots, and from the looks of it, she’ll be telling a compelling story. She can definitely count on a stellar (and busy) cast to bring her characters to life. John Boyega, John Krasinski, Will Poulter, Jason Mitchell, Anthony Mackie star in the film, leading us to believe that Bigelow has a great film in store for us with Detroit.

If you’re in need of a historic drama, filled with great performances, then you’ll just have to head to theaters on August 4th to catch Detroit.