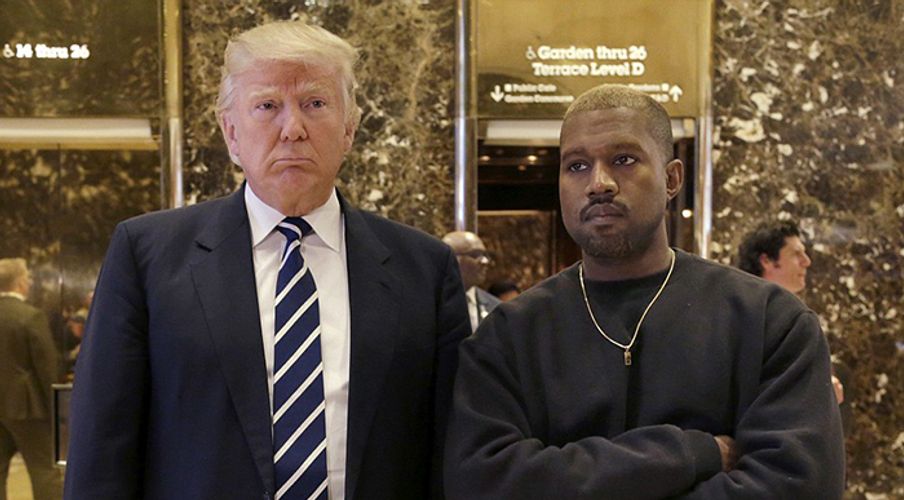 The Significance of Kanye Deleting His Pro-Trump Tweets

Hopefully this signals the return of “the old Kanye.”

Hopefully this signals the return of “the old Kanye.”

There aren’t many heroes left, folks. It’s especially easy to feel that way during a week when days of trying to get just one more senator to change their vote on Betsy Devos, whom Sen. Al Franken (D-Minnesota) called the least qualified cabinet-level candidate he’d ever seen, failed and Vice President Pence cast the tiebreaking vote to make her Education Secretary. But somewhere out there, it appears an unknown hero has done the impossible and cracked open the tortured-genius facade that is Kanye West’s public persona and got him to delete his pro-Trump messages from a couple of weeks ago.

Everybody was really stressed-out toward the end of last year, so it was easy to look the other way when Kanye took the stage and begged Jay-Z’s assassins not to end his life—2016 did weird shit to all of us. But when Kanye’s new mental state began to include paeans to the then-president-elect, it got harder to separate the genius behind some of the catchiest tracks of the past 20 years with his apparent disregard for anything but his own wallet. On more than one occasion I’ve heard fellow hip-hop fans say, and have said myself, “Will someone please talk sense to Kanye?”

There was a time that feels not so long ago when Kanye West went out of his way to speak on behalf of oppressed people. Remember the rapper who flat-out said George Bush didn’t care about black people after Katrina? Who referenced Billie Holiday’s “Strange Fruit,” the single greatest social justice anthem ever written? Who directly sampled Gil-Scott Heron? Remember the guy who took advantage of his vast listenership not to sell clothes from the Red Pill version of The Matrix but to draw attention to real, pressing issues:

Recently, it seemed like the guy who spoke all this truth was lost in a haze of Kardashian-induced capitalist mania.

Deleting the tweets that offended a large plurality of his fans doesn’t cover all the damage Kanye has been slowly inflicting on himself, but it’s a step in the right direction. He’s not going to stop being rich, but he might still have traces of the young, hungry Kanye in him. If he starts making the same kind of beats, rhymes, and life philosophies his music had on display during the last Republican presidential administration and starts calling the president out on racism issues again, I for one will be completely willing to chalk up his pro-Trump backslide to 2016 Fever. And I for one am more than willing to extend a word of thanks to whichever of Kanye’s loved ones or colleagues talked this first bit of sense into him. You are a hero, and we see you.