All photos by Nate "Igor" Smith

Last weekend, the “most hated band in the world” held the 20th annual Gathering of the Juggalos in Springville, Indiana. Insane Clown Posse’s music festival is an infamous affair — a celebration of truly not giving a fuck. In 2010, I decided to check out the Gathering for the first time, and found it to be the weirdest, wildest, most incredible thing I had ever seen. Since then, I have attended the event ten years in a row.

As a photographer, it’s hard not to return when everywhere you look something unabashedly bizarre is happening. I love this festival, and everyone I’ve brought with me has fallen in love, as well. This is because you can do whatever the hell you want at the Gathering of the Juggalos. The first few years I attended, the Gathering was held in Cave-In-Rock, Illinois, a three cop town in the middle of nowhere. The event was at a campground, miles down a dirt road with no cell service whatsoever. It was completely lawless, and featured a “Drug Bridge” where people openly sold every kind of substance you could imagine. I even heard a story that a security guard yelled at a dealer, not because he was selling drugs, but because he was charging too much for them.

In 2013 a juggalo died from a drug overdose and the Drug Bridge was shut down. The Gathering then moved just outside of Columbus, OH. It was a short drive from the airport and hotels were everywhere. The campground had WiFi, and there was a gas station across the street. Drugs were still everywhere, but the event was policed and anyone selling was subject to arrest. In 2017, ICP had an idea. They would move the event to Colorado, and throw the first-ever Gathering in a state where recreational marijuana was legal. Unfortunately, the idea backfired when they couldn’t find a location for the event, so they had to move to a venue in Oklahoma City in the final hour. Police in Oklahoma weren’t messing around, and they busted people left and right for possession and public nudity. It was a very different vibe for a festival renowned for its inhibition.

After a return to Ohio in 2018, the Gathering was moved to Springville, a town 40 minutes from Bloomington, Indiana. So this year, once again, the juggalos were in the middle of nowhere, with no cell reception, no cops, and no rules. It was a return to the wonderful chaos of past Gatherings.

At the 2019 edition, attendees didn’t have to worry about getting arrested for possession. They didn’t even have to roll their own joints, as one of the official vendors was Bluntman’s One Stop Shop where you could buy pre-rolls for $10. Elsewhere, juggalos walked around with megaphones advertising dab hits for $5, and the sound of balloons filling with nitrous reverbrated throughout the festival grounds. I saw a girl in the front row of the main stage try to smoke out of a can of Faygo cola when a security guard walked up to her. He took her can, not to confiscate it, but to bend it a little and widen the hole so it would actually work for her.

Below, check out more weed-friendly photos from the craziest festival in the country. It’s only a matter of time until someone makes weed-infused Faygo. Until then, the juggalos are doing just fine. 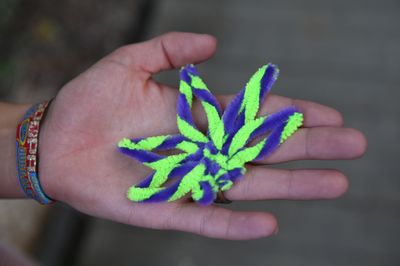 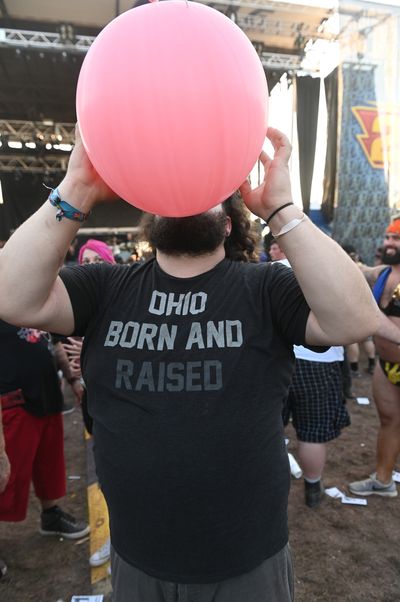 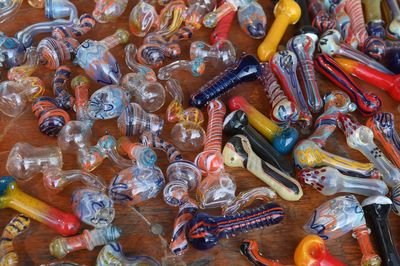 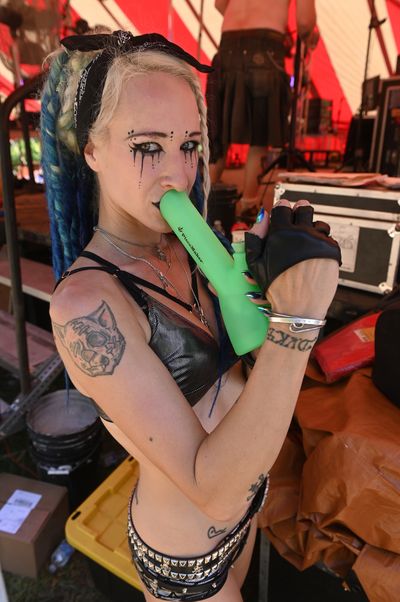 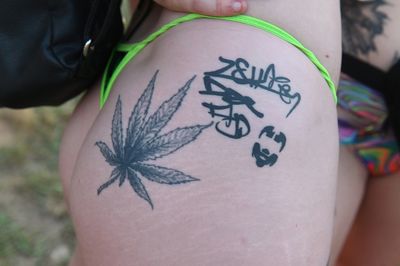 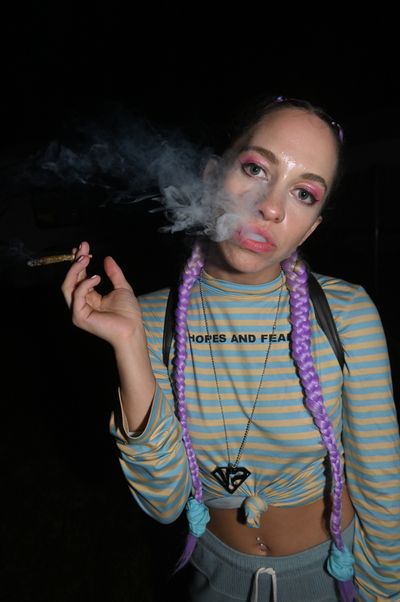 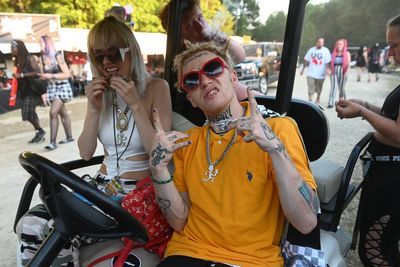 PHOTOGRAPHY
EVENT
CULTURE
DRUGS
MORE...
Nate "Igor" Smith
FOLLOW
Nate "Igor" Smith is a photographer and blogger from Brooklyn, NY.
Share this article with your friends!
AD
By using our site you agree to our use of cookies to deliver a better experience.
Accept
Decline
MORE FROM MERRY JANE