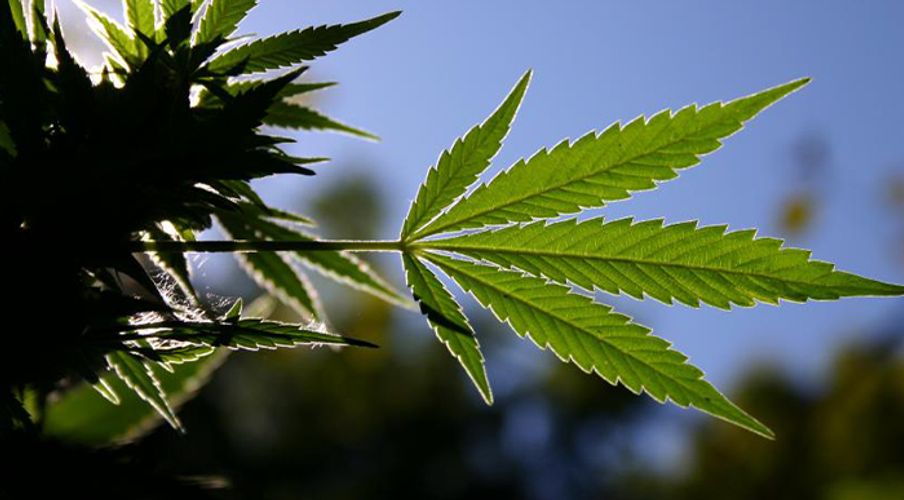 The tribe is creating a potential model for other Native marijuana operations.

The tribe is creating a potential model for other Native marijuana operations.

The Iipay tribe, positioned about an hour Northeast of San Diego on the Santa Ysabel Reservation, is pushing for strict transparency in tribal cannabis operations, and it intends to set an example. The tribe has taken the lessons learned from the casino gambling business model and is parlaying that wisdom into a new cannabis venture. The Iipay know how to manage cash, they have the infrastructure for proper surveillance, and they understand the importance of adhering to regulation. They are also keenly aware of the delicate situation surrounding the Department of Justice and Native participation in the legal cannabis cultivation movement.

As part of the CannaNative panel at the Southern California Cannabis Conference, David Vialpando spoke on the subject of a new cannabis grow operation run by the Iipay tribe on the Santa Ysabel Reservation. The Chairman of the Santa Ysabel Tribal Gaming Commission, Tribal Cannabis Regulatory Agency Executive Director, and a veteran law enforcement official, Mr. Vialpando is well-versed on the ins and outs of regulatory framework. He knows the importance of cross-department communication and he understands what actions are needed to keep the cannabis industry legitimate. He and his team are working hard to overcome the pitfalls of entering the cannabis industry where other tribes have failed, and they are working to protect their communities from any possibility of illicit activities.

The Iipay tribe has devised a very interesting business. They are not personally cultivating cannabis, only providing the infrastructure to do so as a cooperative. In a smart move, the tribe’s officials are repurposing a dormant casino on their property. Their startup investment is minimal given that the casino is already built and is equipped with a full camera surveillance system. Members of the cooperative pay a monthly membership fee to use the cultivation facility. The facility manages waste and energy as well as security for the premises. Water is readily available, sourced from a spring located nearby.

Plans for the future include a full testing lab, extraction capabilities, and a kitchen on-site. All potential members must be licensed dispensaries in the state of California. Members of the cooperative are currently breaking ground to build greenhouses for indoor cultivation. Transportation of the cannabis flower or extract from the facility is covered by the cooperative members, not the facility. Members may hire private armed security for transportation to their dispensary headquarters, but are strictly forbidden from carrying any arms themselves. Cooperative applicants are subject to background checks and are vetted both for alliance of business objectives as well as available capital assets to successfully operate.

The team behind what is being called the Santa Ysabel Botanical Enterprise Facility is very serious about how it’s approaching its relationship with local law enforcement and the terms under which it is operating. Everyone is aware of the gray line surrounding the Department of Justice as it pertains to Native cannabis affairs. In California, Public Law 280 (PL 280) dictates that the state has jurisdiction over criminal prosecution in Indian country. That means that U.S. Attorney Laura Duffy has the authority to prosecute criminal cases pertaining to the Santa Ynez reservation and its tribal residents.

Vialpando and his team have been diligent in communicating with all relevant parties including the Santa Ysabel Tribal Development Corporation, the Santa Ysabel Tribal Cannabis Regulatory Agency, the San Diego Sheriff’s office, representatives from U.S. Attorney Duffy’s office, and they’ve even had a site walk-through with a representative from the local District Attorney’s office.

“We’ve enacted a policy that we call ‘the three C’s’—Cautious, Collaborative, Conservative.” Vialpando says. “The U.S. Attorney’s office had a laundry list of concerns. We met and exceeded that list. We are forward-facing, prepared for seed-to-sale tracking, full regulatory compliance for San Diego. We said our objective is to collaborate; we’re not looking for endorsement, but rather acknowledgment that we are in compliance with existing law.”

The Santa Ysabel Botanical Enterprise Facility adheres to the Native American principle of the 7th Generation Stewardship. Commercial operations are executed with consideration to how the next seven generations will be affected in terms of environmental impact for Earth and in respect to the general well-being of Earth’s inhabitants. Their operation shows great promise as a potential model for other Native operations.