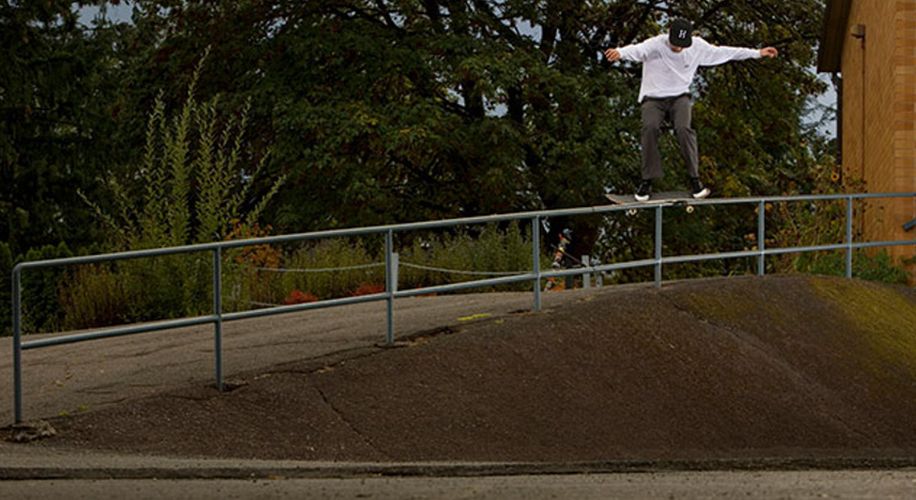 A cinematic skate session in the Northwest.

A cinematic skate session in the Northwest.

Portland, Oregon is easily one of the most unique, eco-friendly and progressive cities in the United States. Though it rains often, something about its geographic positioning and surrounding nature make it a very magical place to explore.

The HUF skate team recently trooped over and tapped into that very spirit to create “45° North 122° West,” a cinematic edit named after the latitudinal and longitudinal coordinates of Mt. Hood National Forest.

The video, in its entirety, is one sweet HD ride with panning shots of spots and breathtaking aerial drone footage of pushing that make it feel more like a movie than an edit. It looks like something that the National Geographic Channel would air, honestly. Filmer and editor Martin Reigel mined some real aesthetic gold here. It certainly also helps that he had quite the talented skate squad to capture in action.

Do yourself a favor and dedicate your next five minutes to checking out this epic video.