CULTURE
How to Make a DIY Bong If You’re Feeling Like MacGyver
AD
Got killer weed but no bong? Well, it's time to get crafty and build yourself a pipe that would make Rube Goldberg proud.
Published on September 10, 2019

The good news is you’ve got some killer weed. The bad news is you got nothing to smoke it with. But stay calm, channel your inner MacGyver, and check out these easy options for making a DIY pipe or bong out of stuff you probably have lying around your house.

Smoking out of a soda can is one of the easiest, tried-and-true DIY methods for consuming the sweet leaf. If anything, it’s a high school right of passage.

To make your pipe, empty an aluminum-can beverage. Press a dent with your thumb, as this will serve as your “bowl.” Use a sharp object to poke a bunch of small holes in the dent and a larger hole on the side for a carb.

Place your bud on the dent, and light while covering the carb. Put your mouth over the hole you normally drink from, inhale, then let go of the carb, and you’re good to go.

Burning an aluminum can is not a healthy way to smoke, so we strongly recommend trying other methods before resorting to this. 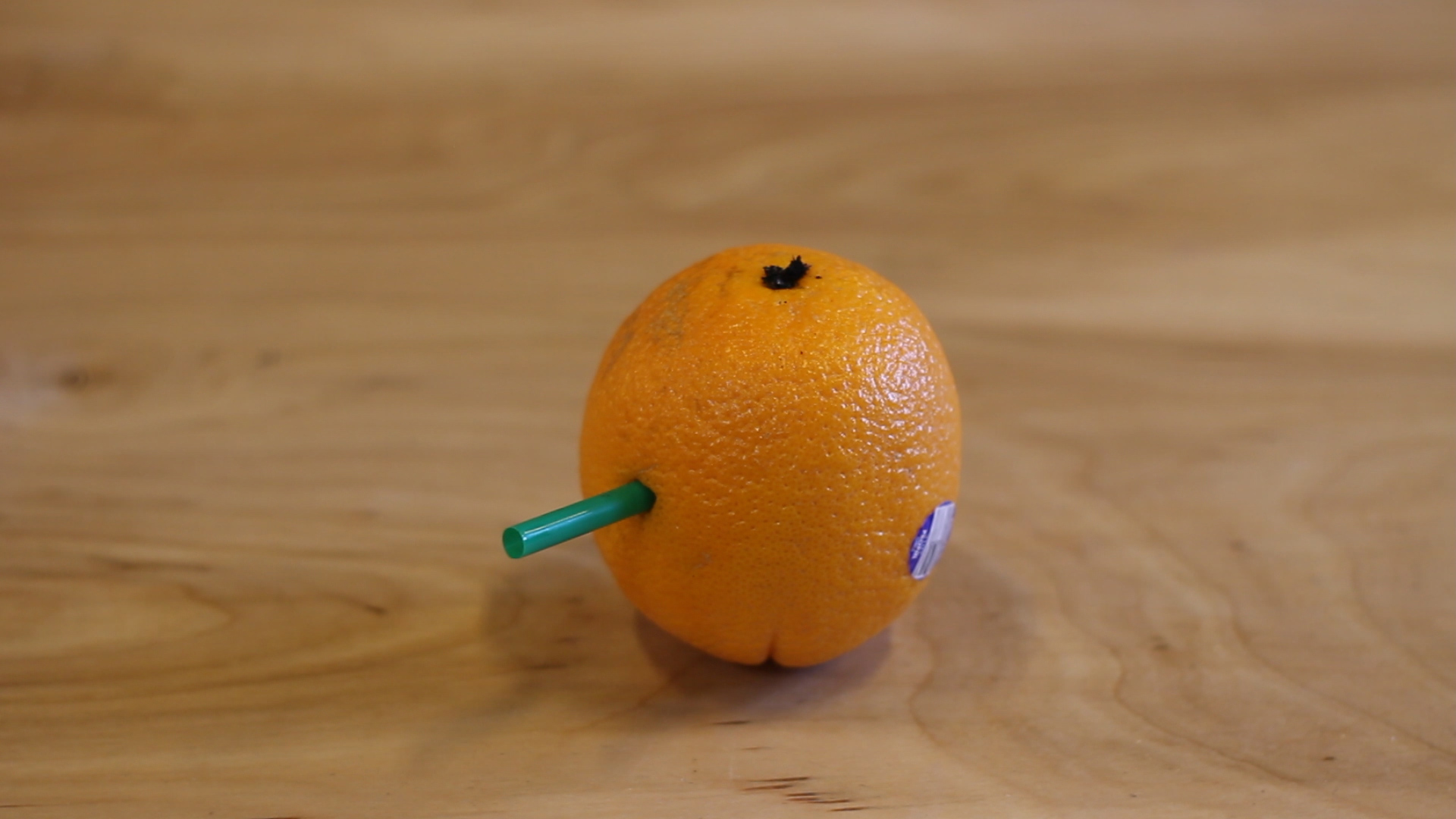 It’s a smoking staple to use an apple for this consumption method, but don’t be scared to try out a pear, watermelon, cucumber, or even a carrot. Just pick up your favorite fruit or veggie, bore a hole halfway through and another connecting tunnel to serve as your mouthpiece. For inspiration, we recommend Brett Stern’s 99 Ways to Make a Pipe.

If you want to get really fancy, use a hollow pen as your mouthpiece and create a choke on the opposite side! Not only will your weed smell amazing, but it’ll taste fresh and fruity, as well.

Gallery — The Most Bootleg Bongs We've Ever Seen:

Grab an empty two-liter soda bottle and fill it with water. Remove the cap and fashion a small bowl out of tin foil in the opening. As you light the bowl, hold it over a sink or bucket and have a friend poke a large hole in the bottom. As the water drains, the bottle will fill with smoke. Remove the bowl from the mouthpiece and pass it around! Note: This is sometimes referred to as a “Waterfall Bong.” 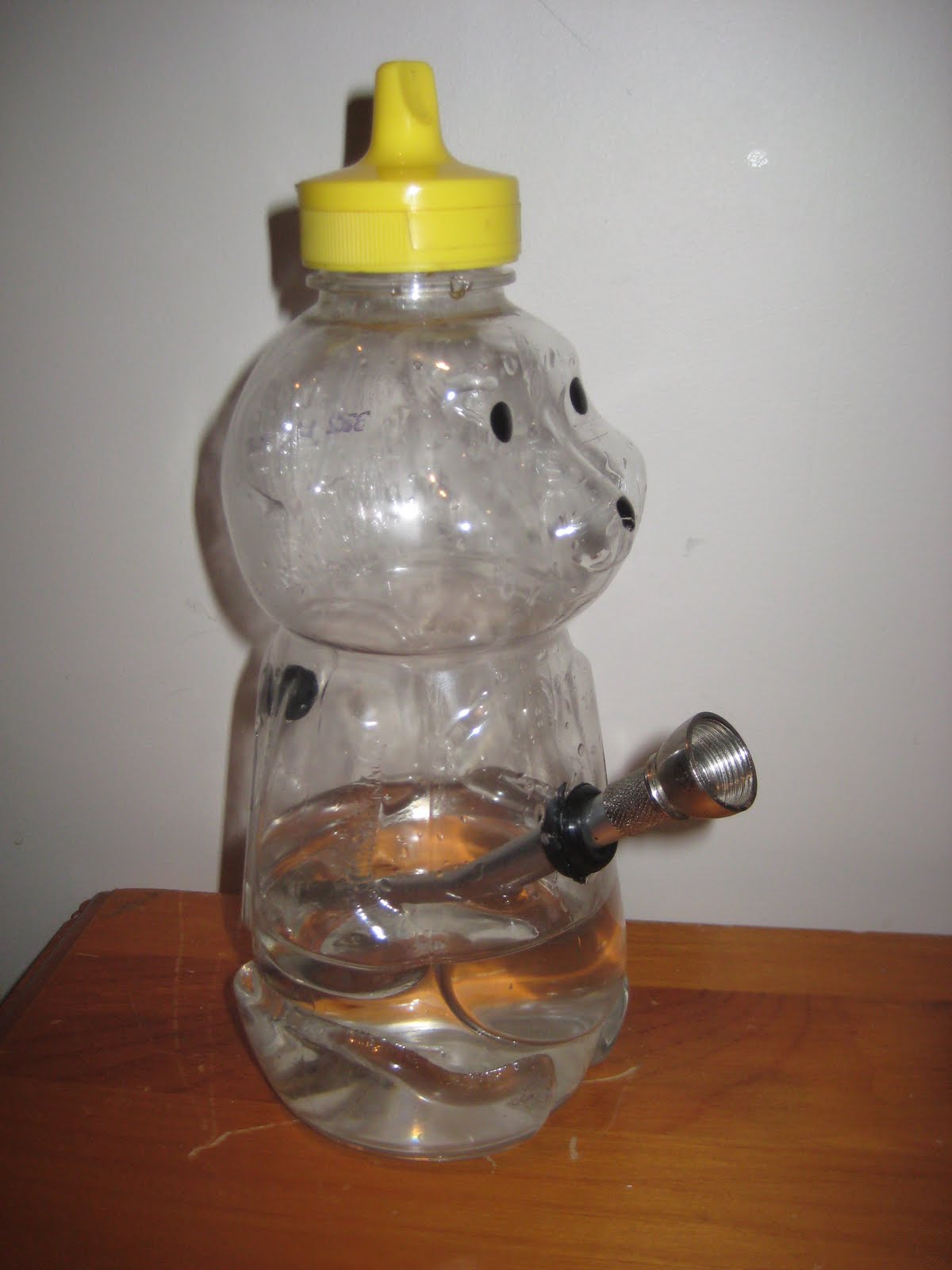 This one’s quick and cute. Take a ballpoint pen, remove the ink, and that’s the downstem. Fashion a bowl out of tin foil, punch some holes in it, and attach to the pen.  Now take an empty, clean “Honey Bear” container, poke a small hole in the bear’s belly, and insert your pen-and-foil bowl. Add some water to the bear and draw from the yellow tip where the honey comes out, and pretty soon, you'll feel like Goldilocks — just right. 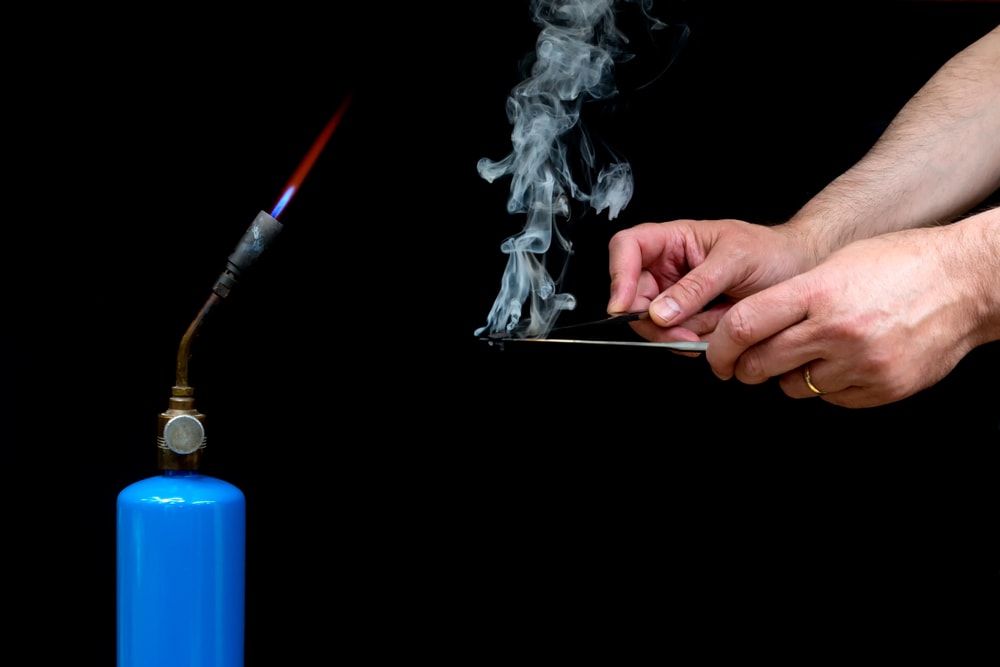 This one’s down and dirty, and super-easy if you’re in a bind. Heat two knives over a stove, campfire, grill, etc. Be careful not to burn yourself with the hot knives. Once the knives are extremely hot, take one, place your cannabis onto the blade (note: hash, extracts, and concentrates will work much better than flower), and then make a sandwich with the other hot knife on top and your weed in the middle. When smoke begins to rise, inhale. You can also use a paper towel roll or empty plastic bottle for a funnel.

These are a few of the easiest and most popular ways to fashion DIY bongs and pipes. You can also get creative and fashion a bong out of tons of items, including a Pringles can, a water gun, or even LEGOs. MacGyver would be proud… and high as shit.

HOW TO
DIY
EDUCATION
GLASS
MORE...
MERRY JANE Staff
FOLLOW
MERRY JANE is based in Los Angeles, California and is dedicated to elevating the discussion around cannabis culture.
Share this article with your friends!
AD
By using our site you agree to our use of cookies to deliver a better experience.
Accept
Decline
MORE FROM MERRY JANE