CULTURE
How the Small Crimes We Committed 50 Years Ago Still Haunt Our Cannabis Farm
AD
As our veteran cultivator columnists know first-hand, even the most trivial arrest record — like stealing a mango — will follow cannabis farmers for decades and complicate the process of going legit.
Published on February 28, 2019

Becoming a legal cannabis farmer is not an easy task. Let that be known: it has been a very lengthy process, literally taking us years to gather all the pieces needed to prepare our application for a cannabis cultivation license from the California Department of Food and Agriculture.

To cultivate legally in the state of California requires assembling reams of documents, ranging from information about all your actual business entities, fingerprints of all employees, as well as those owning over 20% of the company and all members of the Board of Directors. Also needed are surety bonds and copies of all required registrations, waivers, and “agreements” from disparate departments of the state government, as well as various permits from the county where the business is located.

On top of all that, every farm needs approval from the Department of Fish and Wildlife, which alone can take months or even years to acquire. You need to demonstrate where your waste goes and register your water source with the State Water Resource Control Board. That’s just a portion of what is necessary; the preparation required to submit the full application for an annual cultivation permit is a true ordeal.

Actually possessing an annual cannabis cultivation license in California is a rare achievement — as of this writing, only nine “annuals” have been issued by the state. Thousands remain in limbo, with temporary permits being extended over and over. The most likely next step is that they will call the extended temporary permit a “provisional permit,” which means they can charge us a fee. In other words, the government wants a piece of the action. Meanwhile, we continue to gather documents and update ones that have already been submitted for the application. To say the CDFA has become the bane of our existence is not quite true, because the individual people who work there have always been super helpful. It’s just the whole concept of putting all our life and business details out there, into a government computer system, that is so intimidating to people who have been underground for so long. We try our best to dot every “i” properly and stay on top of our application process at all times. In a way, it’s almost as harrowing as watching the helicopters circle your grow in the old days. Only now, its 17 different government agencies — not just law enforcement.

In the past few months, as more information is gathered and approved, we have been inching our way closer to the final annual permit. Then one morning panic set in — both Swami and I received an “application deficiency report” over email from the CDFA, informing us that we had not reported two criminal convictions! These had shown up after the required live scan of our fingerprints, and is a testimony to the efficiency and completeness of our criminal justice system. Once you are fingerprinted, it’s in there forever.

It’s often a requirement to send the FBI live scan fingerprints for many jobs, including real estate agent, liquor store owner, and other businesses. So it should come as no surprise that we have to do it for a cannabis business. However that may be, the very idea is so contrary to the clandestine nature of the historical cannabis free market. Do we really want the feds to know we grow pot? (As if they don’t know already!) It was with certain trepidation that we went into the sheriff’s office in Ukiah about a year ago to be fingerprinted, even though we were sure there was nothing to worry about.

Nevertheless, when the deficiency notice arrived the other day, it caused a gulp-in-the-throat and “what now?” reaction. It was a little bit like seeing the flashing lights of a California Highway Patrol car in the rear view mirror as you wonder what they’re stopping you for. On closer inspection, Swami’s criminal conviction was from way back in 1966 while he was in grad school at the University of Wisconsin. Curious, because that is exactly where Swami first smoked weed. But the conviction wasn’t for that. It was for “demonstrating too close to a polling place on Election Day.” 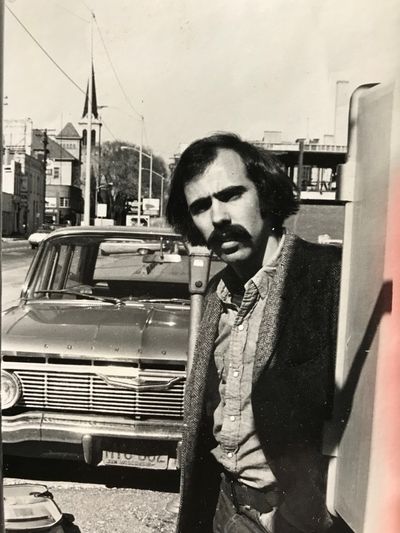 It turns out that there are very strict rules about how far demonstrators have to be from the door of the polling station. I was with a group which was protesting the war in Vietnam by handing out literature. It turned out we were way too close, so we were all arrested. Because we were young white students and had a pro bono attorney, we were released on our own recognizance. The demonstration was intended as “propaganda of the deed” and everyone was OK with being arrested because it made headlines against the war in the local papers. In court later, we all pled nolo contendre, were found guilty, and assessed a $25 dollar fine plus $3 court costs, which would be about $190 in today’s money. Basically, a slap on the wrist for a “youthful indiscretion”.

Madison at that time was known as a very liberal, not to say “socialist,” university and city. The Madison campus was the home of the National Coordinating Committee to End War in Vietnam, and I was active in it. The Committee was, in fact, coordinating the numerous anti-war demonstrations which were taking place on campuses all over the US, especially Berkeley, Harvard, Columbia, and Michigan, as well as in Madison. In those days, the FBI was known to be keeping dossiers on student protesters, which is probably why my arrest came up in their files. This is the criminal conviction that came up on the FBI Live Scan fingerprint search: a student protest and a small fine. 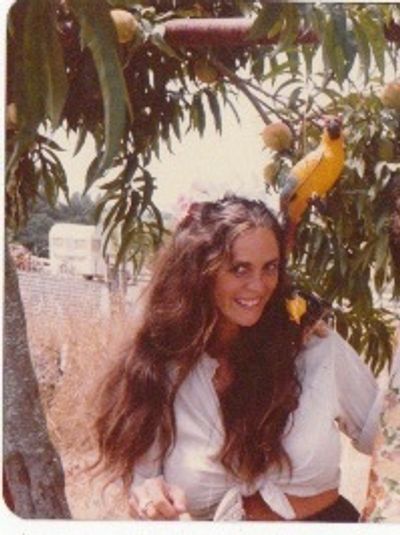 Honestly, I had no clue what the “criminal conviction” was, what crime could be on file? So I called my friends at the CDFA to inquire about these convictions that we had not disclosed. OK, Swami’s was about his anti-war demonstrating in 1966… but mine?

“Oh my god, that must be the time I was caught stealing a mango on Kauai.”

It’s true, I admit it: I stole a mango. Off a tree, or maybe it was even just lying on the ground next to it, I can’t exactly remember. I soon found out that it was an actual farm with a farm stand and they wanted me to pay. But since I was already walking away, that constituted a theft. I was just 20 at the time, but I guess they didn’t like young mainland hippie chicks so much.

I actually had to go to court over that mango, where of course I admitted my crime. I was charged with “larceny theft misdemeanor” and was sentenced to a $75 fine, $50 of which was suspended. I guess the judge wasn’t so judgmental about mainland hippie chicks, and took pity on me. Although I had not remembered any of the details, it clearly went on my record. Of course, the ironic thing is that there were certain other deeds I may have done in those days which could have been construed as “illegal” at the time, perhaps even involving cannabis.... Fortunately, those are not recorded, while the mango incident was. I’m just lucky, I guess.

The woman at CDFA shared a laugh about the stories, taught us how to fill out the appropriate paperwork to clear it all up, and said it would be no problem. They were just being thorough. 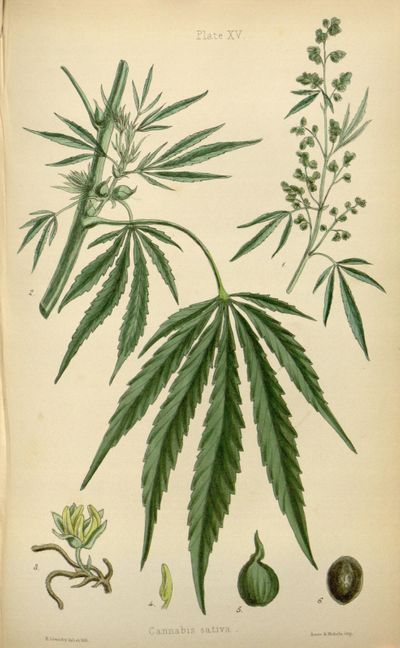 While this obviously isn’t going to disqualify us for a cultivation permit, there are many who will be ineligible because of prior convictions. In the state laws authorizing cannabis businesses, there are numerous pages detailing which crimes disqualify an applicant and which ones do not.

It is well documented that low-income communities and people of color have been disproportionately targeted by harsh enforcement of outdated “marijuana” laws. Less well known is the impact on the cannabis farmers of The Emerald Triangle. Nearly every single one of the “old-timers” up in the mountains has a story of a police raid involving door-busting, helicopters, and cops cutting down plants. Families were broken up by arrests, assets were confiscated, and children were sent to County Services.

Anything involving a firearm in a “pot bust,” even if it is unloaded and kept in a locked cabinet, elevates the proceedings into a felony and could be grounds for an application rejection. This is despite the fact that most farmers have a gun to scare away the bears, or, in the old days, to frighten off “marijuana rustlers”! Not that we have a gun. Still, I can’t believe I’m writing this, but it seems like the only ones denied the protections of the Second Amendment are cannabis cultivators and businesses.

The excessive taxes, the numerous fees, and the harsh rules are simply too extensive and too extreme for many of our finest craft farmers and mom-and-pop businesses to continue. These are some of reasons why far fewer farmers and other cannabis entrepreneurs have applied for permits than expected. While we like to think we will eventually be awarded the coveted annual cultivation license from the state of California — after so many years and thousands of dollars spent working on it — there are no guarantees. Who knows what “deficiency” will show up next as they try to trip us up along the way?

It almost seems like the underlying strategy of all these laws and regulations is to drive the small craft farmers out of the mountains, and the small manufacturers and retailers out of business. All while opening the way for Big Pharma, Big Tobacco, and Big Alcohol to come in and take over the whole shebang. But we are determined to be survivors, farmers who thrive in the new world of legal cannabis.

AGRICULTURE
CALIFORNIA
HISTORY
CRIME
MORE...
Nikki and Swami
FOLLOW
Known as "The Cannabis Couple," Nikki Lastreto and Swami Chaitanya have been proudly promoting cannabis use for decades. As cannabis cultivators in Mendocino County, the heart of the legendary "Emerald Triangle" region, Nikki and Swami are behind the brand Swami Select, producing taste and pure flowers grown in full sun with organic methods, plus that extra little Swami touch.
Share this article with your friends!
AD
By using our site you agree to our use of cookies to deliver a better experience.
Accept
Decline
MORE FROM MERRY JANE