CULTURE
How Long Do Magic Mushrooms (Shrooms) Stay in Your System?
AD
So, you want to try magic mushrooms but you're worried about passing a drug test? Well, we've got some good news for you.
Published on August 20, 2019

ICYMI: Magic mushrooms are now decriminalized in Denver and Oakland. Inspired by the success of legislation in 33 states that allows at least some form of medical marijuana, drug policy reform advocates have set their sights on hallucinogens. And with good reason.

The FDA designated MDMA as a breakthrough therapy for PTSD, and researchers from San Francisco to Melbourne, Australia are studying the potential of the active ingredient of psilocybin mushrooms to treat depression and other mental health issues in patients, including the terminally ill and long-term AIDS survivors.

The resurgence in psychedelic research has also sparked renewed interest in the recreational use of the drugs. Microdosing LSD is now chíc in some creative circles, and natural hallucinogens including ayahuasca, peyote, and mescaline are becoming increasingly popular.

Psilocybin mushrooms are the most widely available natural psychedelic and are often the starting point for experimenting with hallucinogens. But with drug screenings still commonplace in many occupations, and for folks experiencing legal troubles, many shroom users — whether novice or veteran — wonder at some point, “how long do shrooms stay in your system?” 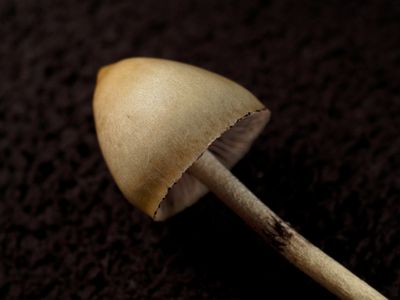 The good news is, not very long. When ingested orally, within 20 to 40 minutes the psilocybin in magic mushrooms is converted by the body into a related chemical called psilocin, which causes the psychoactive effects of shrooms. As psilocin levels in the blood increase, users begin to trip. Effects can include visual hallucinations including bright colors and lights and a sense of detachment from oneself (meaning an out-of-body experience). Peak effects of magic mushrooms last from 30 minutes to over two hours, although users may continue to experience some psychoactive effects for up to six hours. Consuming large doses of shrooms can intensify and prolong a trip.

Consequently, both psilocybin and psilocin are quickly excreted in the urine, with more than 95 percent of psilocybin leaving the body within about 13 hours, and 95 percent or more of psilocin eliminated after approximately five hours.

If you’re still concerned about how long shrooms stay in your system because the threat of employment-related drug screenings plague your life, we have even more good news for you. Most commercially available urine tests are not designed to detect the use of magic mushrooms.

Commonly used five-panel tests only look for amphetamines, cocaine, marijuana, opiates, and phencyclidine (PCP). More expensive 10-panel urine screenings test for additional drugs including barbiturates and benzodiazepines. But neither of these panels are looking for psilocybin or psilocin, so the use of magic mushrooms won’t be detected by them no matter how much you’ve been tripping.

The urine tests that can detect shrooms, or psilocin and psilocybin metabolytes don’t have large window of opportunity. A small study in 2002 found only traces of psilocin in urine just 24-hours after test subjects consumed shrooms. 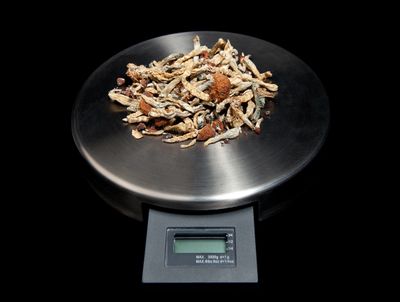 It should be noted, however, that the duration in which shrooms can be detected via blood test isn't clear. That's because of the short half-life of psilocybin and psilocin, so it's most likely less than a day. In any event, blood tests are rarely administered to detect the use of hallucinogens.

Some lab tests can detect traces of magic mushrooms in hair samples up to 90-days after tripping. But again, this kind of expensive analysis is seldom used to determine if a person has been using psychedelics.

So, for most people wondering how long shrooms stay in your system, the answer is about 24 hours and you should be in the clear. If you’re regularly tripping on psilocybin, though, there could be traces of shrooms in your system for up to three days.

These time estimates are all averages and may be influenced by many factors, including the amount of shrooms consumed, frequency of use, body weight, hydration/dehydration, and health of the liver and kidneys. Even age, height, race, and the use of alcohol and nicotine can affect detection times for psilocybin and psilocin.

Of course, the short time that shrooms stay in your system isn’t the only reason more and more people are turning to this natural hallucinogen. Although there are some risks, psilocybin mushrooms are one of the safest drugs used recreationally. And with legal barriers to their use beginning to come down, the safety and potential therapeutic value of shrooms is likely to become even more well-known.

MAGIC MUSHROOMS
PSYCHEDELICS
INFORMATIVE
MUSHROOMS
MORE...
A.J. Herrington
FOLLOW
A.J. Herrington is a freelance writer focusing on cannabis news, business, and culture and has written for publications including High Times, Sensi, and HEMP. When he's not banging away at the keyboard, you'll probably find him tending to his plants in the garden.
Share this article with your friends!
AD
By using our site you agree to our use of cookies to deliver a better experience.
Accept
Decline
MORE FROM MERRY JANE