CULTURE
High Ball to Bong Pong: These 7 Smoking Games Guarantee a Wild Party
AD
Get with the times: Drinking games are so last decade! We're officially living in an era of weed games — where smoking, laughing hysterically, and playing with multi-colored light-up balls have replaced boozing 'till you blackout.
Published on November 6, 2019

While the pleasures of pot are infinite, even the most dedicated doobie devotee needs to mix it up. Smoking weed and getting lost in TV-land is great, but what about everything else the stoned life offers, particularly when two or more fellow tokers come together to get high?

Playing games is the obvious answer. The reason bars have pinball machines and dartboards — and why drinking games date back to the beginning of time — is because doing competitive, group activities while intoxicated is one of the many brilliant pleasures in life. But drinking is different than getting high. It’s a whole different vibe, especially in groups. Stoners create less noise, less mess, and tend to mellow out a lot more — and experience more fits of uncontrollable giggles.

That’s why MERRY JANE chose to be in the cannabis field: because we love infusing people’s lives with weed. And there’s nothing we love more than enhancing people’s party atmospheres with the latest and greatest in ganja-centric, good-time technology.

So, that’s why we made this list of activities and easy-to-come-by accessories that we guarantee will add gut-busting gusto your next pot party. Just try not to laugh out too many lungsful of smoke among your buds! 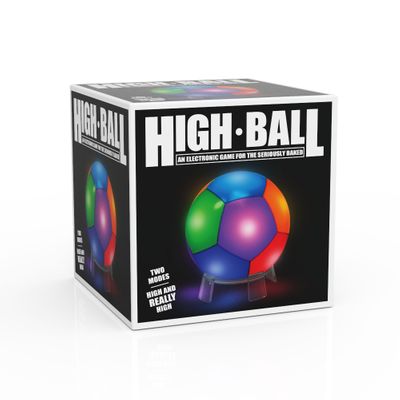 Light Up Your Life with High-Ball

The High-Ball revolutionizes socializing while stoned, which is something that can be challenging for all cannabis users. Created by the green-fueled geniuses at High Concepts, the High-Ball (which is available on Amazon) is an electronic device that can be played as a game and then enjoyed as a sound-and-light machine — or vice versa.

First off, the High-Ball is light, smooth, and about the size of a small beach ball. You charge the High-Ball using the USB cord that’s included. Once it’s ready, the ball lights up in various colors and you pick a setting: "High Mode" and "Really High Mode." Think of the former as a sativa setting and the latter for indica. And, based on how stoned you are, you can adjust your level accordingly.

"High Mode" sets you up for mind-melting fun that will make you laugh your ass off. Thankfully, the game's rules are easy to remember (the makers were considerate of the already mind-jumbled condition of the players). And you don’t have to worry about keeping score: The ball does that for you.

The game starts with player one locating the side of the ball that’s lit red. Then, they flip the ball so the red light is on top. After successfully flipping the red side up 20 times in a row, the whole ball turns green and the player then has to put the green side up 20 times. It goes on from there: the ball has eight different lights. So, in theory, each player will flip the ball 160 times if they don't mess up.

But when a player misses the mark — and if they’re properly intoxicated, they most amusingly will — the High-Ball flashes red and blurts out a descending tone. That's when player two gets the chance to navigate the glowing, beeping orb, while you (of course) take another hit and laugh at your friend.

We played High-Ball at the MERRY JANE HQ and, frankly, we’re still playing it. Nobody’s even trying to stop. Fortunately, a full charge lasts about two hours. Like weed, High-Ball is a blast every time we break it out. But unlike weed, the game is hella addicting. Some of our more enthusiastic staffers have already even made up their own High-Ball contests. Let’s just hope they remember to write down the rules next tme. Still, that’s the joy of High-Ball: No matter how you play it, there’s no losing — just more guffaws and more reason to keep on puffing and spinning.

At some point, though, you’re going to want to chill. That’s when you should switch the High-Ball into "Really High Mode," which is something like a 21st century lava lamp — or a fourth-dimensional wave machine. On this indica-vibing-mode, the High-Ball plays music and runs multiple displays of light patterns. You can also set it to silent and just watch the light show. What's super cool is that you can change the speed of the patterns by turning the ball. All the variations add to High-Ball’s powerful allure.

High Concept’s YouTube channel has great high-deas and videos to watch, too. There's lot's of ways to play with the High-Ball. And, you can send your own videos to the company’s Facebook page and link up with other High-Ball-heads.

So, to put it put bluntly, High-Ball is a huge leap forward in the realm celebrating reefer-radness with friends. It's also a nod to the spellbinding electronic gadgetry geared toward the highly elevated — which is, without a doubt, a sign of our weed-infused times. Let the power of the High-Ball take your party to the next level. Perhaps not surprisingly, Bong Pong is played exactly like Beer Pong, but with buds instead of brews. You set up two sets of plastic party cups in bowling pin formation on opposite sides of the table. Fill them part way with water and locate a couple of ping pong balls. Players then take turns attempting to bounce or arc a ping-pong ball into the opposing side’s cup. Sink the ball, and your opponent takes a hit from a loaded bong — oh yeah, make sure you’ve got a loaded bong ready, too. But, really, if you’re reading this, we already know you will.

Another variation is filling the cups with THC gummies or other edibles and then have the opponent down whatever’s in the cup. You’ll move through a lot of product, but you’ll be way too wacked to care. Keep in mind that — at least in terms of bong pong — playing with low-dose gummies is the smart way to go. 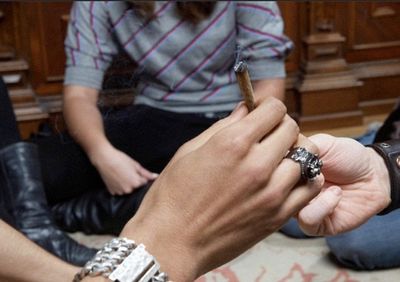 Also weirdly known as “Ghost Rider” and “Chicago,” you need a team of at least three to play this simple game that’s all about seeing who can hold their weed-loaded breath the longest. The players sit in a circle. The first person up takes a hit of weed, then passes it to the next player. The original hitter cannot exhale that first intake until the weed makes its way around the circle and back to them. The more players you have, the longer you have to hold your smoke. Exhale, and you’re out! The contest goes on until there’s just one player left. 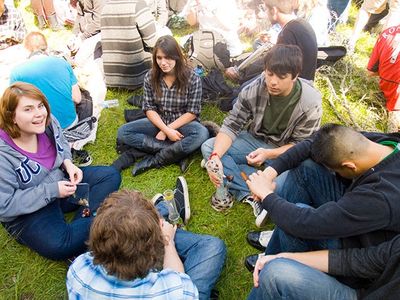 The more players you have for Medusa, the more uproarious it becomes. It also sheds a new light on the ancient mythological story of Medusa: was she just getting people stoned-as-hell the whole time? Gather at least four players in a circle who are each equipped with their own smoking accessory. Everyone looks down and counts to three. On three, everybody looks up and stares at another player. If two players are staring at each other, they yell, “Medusa!” and take a hit. 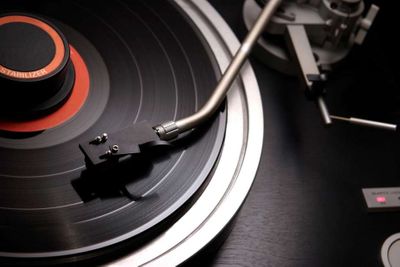 Make a playlist of songs that mention marijuana. Every time a weed-related word comes up, the players take a hit. Anyone who misses has to take two hits. While reggae and hip-hop offer infinite musical selections with hyper-lit lyrics, try to tailor your mix so everybody won’t be puffed into oblivion prior to the third track. Toss in a few tunes with obscure or passing references to determine who are the true stoner songbirds among you. 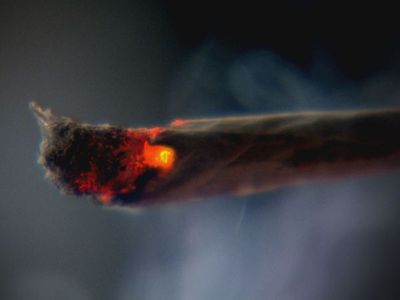 Ash Bomber mixes suspense and schwag like few other party games. You’ll need a few props, including — first and foremost — a joint, which is honestly worth it given how much nervousness the game incites. Get a wide mouth cup or jar and cover it with a paper towel. Secure the paper to the container with a rubber band. Put a penny in the center of the paper. After each player takes a hit, they have to burn a hole somewhere in the paper. The one who makes the penny fall is the loser.

But really, since it’s hard to determine a “loser” when everybody’s passing a joint and having a blast, you can maybe assign some penalty like making the penny-sinker pick up the tab for what is sure to be a much-needed round of munchies at that point. 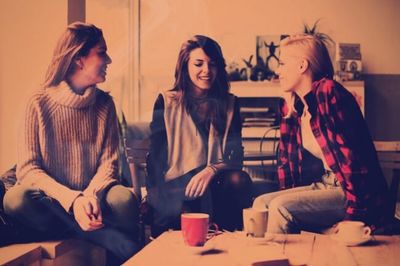 The simplest of marijuana games is also actually the hardest. Similar to Ash Bomber, Straight Face also depends on coming up with creative penalties for whoever loses — like, say, having the next bong load get packed with the loser’s private stash. Pre-stoned players gather in a group. After a leader yells “Straight face!” everyone has to look around at one another without smiling. Whoever breaks first has to pay the penalty. Eventually, everybody breaks — which also means everybody wins, if you get what I’m putting down.

ENTERTAINMENT
ADVERTORIAL
GAMES
WEED GAMES
MORE...
MERRY JANE Staff
FOLLOW
MERRY JANE is based in Los Angeles, California and is dedicated to elevating the discussion around cannabis culture.
Share this article with your friends!
AD
By using our site you agree to our use of cookies to deliver a better experience.
Accept
Decline
MORE FROM MERRY JANE