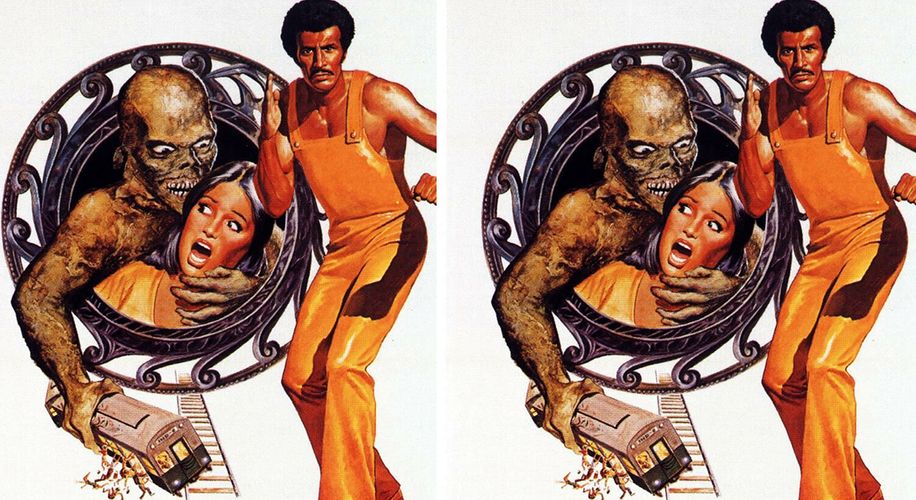 Heady Entertainment: The Best New Pop Culture to Get Blazed to This Week (Nov. 17)

Welcome back to Heady Entertainment, MERRY JANE's weekly guide to just-released movies, books, and music — all fresh, dank, and THC-friendly. In specific, we choose our picks based on how they can enhance your combined consumption of cannabis and entertainment. So let's go straight — but not "straight" — to this week's fresh-rolled recommendations.

In Justice League, Batman, Superman, Wonder Woman, Aquaman, and Flash team up and throw down all over the universe to rescue humanity in a nonstop rush of hyper-vibrant CGI and cosmic ass-kicking overwhelm. That much you already know.

So let's roll up the smoke-ability factors, then. After "dying" in Batman vs. Superman: Dawn of Justice (2016), Henry Cavill's Man of Steel comes off more than ever here like a space-warped humanoid alien from a 1970s Heavy Metal magazine story. It's a great stoner spin. Cooler still, Jason Momoa turns Aquaman into soaring barbarian loyalty light years beyond the square seahorse jockey of the comics.

Add to that an invasion of intergalactic bug monsters plus a horn-helmeted baddie named Steppenwolf and Justice League provides a primo opportunity to mix some gummy edibles in with your popcorn, ease back, and let the IMAX 3-D pummel you into superheroic bliss.

Kyle Mooney wrote and stars in Brigsby Bear, a tripped-out, heartfelt indie comedy that expands the freaky digital shorts he contributes to Saturday Night Live (you know, those videos that amplify your buzz each week at about a quarter-to-one).

Mooney plays James Pope, a guy who grew up in captivity, where Brigsby Bear provided his only entertainment. It's an educational TV show modeled on the clunky 1980s talking toy, Teddy Ruxpin.

Upon getting sprung as an adult, Mooney realizes that Brigsby Bear himself doesn't actually exist. It's heavy. The movie then plunges us into the hero's attempt to forge a new reality based on a crackpot kiddie show that came off as acid-soaked in the first place — and things only get way more wack-adelic from there.

Josh Hutcherson, who you've smoked to as Peeta in The Hunger Games, stars as Josh Futterman, a janitor-by-day, gamer-by-night. His favorite videogame turns out to be a recruiting tool for a battalion of mega-warriors venturing through time to defend righteousness and, when necessary, reinvent the fabric of existence itself.

Keep your eyes peeled and your lighters ready for Eliza Coupe (Quantico, Happy Endings) as Tiger. She's a blue-haired badass commando assigned to guide the flailing Futterman through his interdimensional escapades. Tiger's every moment on screen is a blast.

Landline, a new made-for-Amazon flick set in 1995 NYC, comes from the team that made the 2014 indie hit Obvious Child. Dope funnylady Jenny Late stars as Dana Jacobs, a twenty-something dealing with life and love among her tight-knit Italian-Jewish family while also contending with the dawn of the Internet, outer-borough gentrification, and (slowly) loosening attitudes about weed and Molly.

As a smooth pleasure to chill back and simply inhale herb to, Landline adds another layer of nug-friendliness by getting so much of its nostalgia right. Abby Quinn as teenage sister Ali Jacobs will especially flood your skull with flashing semi-memories with her gloriously dated enthusiasm for vintage rave culture.

The plot description alone of Devil's Express can generate a contact high. New York City martial arts master Luke (Warhawn Tanzania) travels to Hong Kong to study and unwittingly brings a 2,000-year-old demon back home with him. The hell-spawned beast then haunts the city's subway tunnels, slaughtering gang members and straphangers alike until Luke can successfully beat its ass back to hell.

Devil's Express is an amazingly insane vintage hybrid of blaxploitation, horror, street gang, and kung fu flicks set in the Rotten Apple of the mid-'70s that plays like a weed-propelled founding chapter of Wu-Tang mythology. It's a thing of glory. Just add ganja.

Welcome to Liartown! Unlock your mind and prepare to bust a gut. Compiled and expanded on from the popular blog of the same name, Liartown in book form is a perfect pass-around object at any puff circle.

Creator and author Sean Tejaratchi is one of the inventors of the modern meme, and many of his images regularly go viral on a scale of millions. Anybody who's ever been high online has coughed out smoke laughing at his work — i.e., outrageously altered children's book covers (The Hardy Boys Lose Their Shit) and street signs like the famous, "Have you seen your cat? He's mine now. I love him."

As such, Tejaratchi is one of the great satirists and creative visual thinkers of our time and Liartown is his most intoxication concoctions to date. Believe that.

Monster Vision — Round Eye (2017)
Buy It/Stream It: Round Eye Bandcamp

Brace your ears (followed by the rest of your sensory inputs) for Monster Vision, a scalding downpour of psychedelic free jazz/freak-punk summoned and set loose by four ex-pats now living in Shanghai, China. They call themselves Round Eye.

Monster Vision is the quartet's sonic nuclear reaction to what's going on back in the states and, as a bonus, uproarious drive-in critic Joe Bob Briggs (who famously used to host a schlock movie TV series titled Monster Vision) intros each number.

Round Eye's explorations bring to mind marijuana-entrenched musical deities on the order Frank Zappa, Butthole Surfers, God Bullies, and Sun Ra — and then they hurl you forward into aesthetic territories as simultaneously terrifying and exciting as the wild world in which we're all presently toking.