CULTURE
Heady Entertainment: Spark Up 2019 with the New "Spiderman," Marc Mac, and "Double Dragon"
AD
The first weekend of 2019 packs a plethora of viewing and listening pleasures to help ease off the hangover of the high holidays and properly ignite the 12 months ahead.
Published on January 4, 2019

The first weekend of 2019 packs a plethora of viewing and listening pleasures to help ease off the hangover of the high holidays and properly ignite the 12 months ahead. In addition to the pulse-pounding big-screen paranoia of Escape Room, the instant stoner cinema classic Spider-Man: Into the Spider-Verse is still lighting up theaters, as is the potent period piece, The Favourite.

Small screen hitters include Comedians of the World on Netflix, as well as new strains of Star Trek at CBS All Access and the animated Young Justice: Outsiders at DC Universe online. Vintage freak-out flicks on Blu-ray include the timely Bloody New Year (1986) and the beloved videogame adaptation Double Dragon (1994). Among this week’s new music is All Power to the People, a searing sound documentary from hip-hop visionary Marc Mac, and stoner rock stomping from Mark Deutron, and ambient chills (in every sense) from Gandalf’s Owl.

By now, countless stoners have explored real-world “Escape Room” attractions while alternately laughing uncontrollably and wigging out in fear as they try to navigate the various challenges while properly lit. Escape Room, the movie, plunges all the way into the latter prospect, tracking six advanced gamers who take on the ultimate get-out-first set-up for a $1 million prize, only to discover that the place they’re trapped in is way more like the blood-and-guts Saw movies than a fun-and-friendly Choose Your Own Adventure novel. Pick a properly paranoia-inducing strain and brace yourself for the journey.

The Favourite may seem an odd choice for Heady Entertainment, as it’s powdered-wig period piece about political skullduggery and personal jealousy in the court of England’s Queen Anne during the early 1700s. The cast is killer, led by Olivia Colman as the Queen, Rachel Weisz as her chief advisor and secret lover, and Emma Stone as an ambitious new arrival who upends everything. Still, how does any of this make The Favourite worth getting blazed to?

Well, consider that it’s directed by arthouse provocateur Yorgos Lanthimos, who previously stunned all comers with the brain-bending cult favorites The Killing of a Sacred Deer (2017), The Lobster (2015), and Dogtooth (2009).

Boasting an eye-bugging animation style somewhere between classic hand-drawn cartoons, Pixar-style CGI, stop-motion, and blockbuster motion-capture, Spider-Man: Into the Spider-Verse would be a must-smoke-to movie even if the rest of it sucked.

Fortunately, this cutting-edge, anything-is-possible take on Marvel’s original superstar is a funny, intense, vividly-inspiring leap forward for both animated flicks and superhero sagas, making it all the more worthy of multiple marijuana-enhanced viewings.

“Comedians of the World”: Season One
Watch It: Netflix

So how will humor from places as varied as India, France, Brazil, the Middle East, and South Africa translate? Toke along and find out!

As part of the online-only CBS All Access platform, Star Trek: Short Treks beams up mini-movies that deliver maximum impact. The newest installment, “The Escape Artist,” offers the eternal stoner combo of comedy and sci-fi, with the always funny Rainn Wilson reprising his role from Star Trek: Discovery as one of classic-era Trek’s best-loved fan favorites: cosmic conman and interplanetary pimp-lord, Harry Mudd.

Young Justice: Outsiders is a brasher, bolder extension of the Cartoon Network series Young Justice that takes full advantage of the freedoms allowed by graduating to the online DC Universe network.

The show continues the existential crime-fighting crusades of Nightwing (Jesse McCarthy), Batgirl (Alyson Stoner), Superboy (Nolan North), Tigress (Stephanie Lemelin), Kaldur’ahm (Khary Payton), Kid Flash (Jason Marsden), and other cohorts from the comic pages. This season, the Outsiders focus on explosively shutting down metahuman traffickers who kidnap budding superheroes to exploit their powers. Pass the bong and cheer them on.

Despite its title, the British scare-fest Bloody New Year actually takes place in the middle of summer, as a group of hyper-1980s teenage revelers hop a boat to a remote island where, as you’d expect, they meet an array of gory demises.

The holiday aspect arises from the film’s uniquely weird gimmick — everything on the island is decorated for Christmas and New Year’s Eve celebrations, and nothing has been touched since 1959.

Bloody New Year ups the weed factor by combining hosts, zombies, and even a killer house with standard slasher shrieks and consistently gets stranger as it plays out en route to an out-of-nowhere shock ending. You will drop whatever you’re inhaling when the final wallop hits, so be prepared and keep your glass and stash safe!

“Double Dragon,” the arcade game, is a towering cultural touchstone of 1990s nostalgia, and so too is Double Dragon, the 1994 movie adaptation that turned the game into one of the great cheeseball multiplex adventures of a fantastically cheeseball decade.

Set in the year 2007 (what?!), Double Dragon takes place in semi-post-apocalyptic “New Angeles,” where fiendish crime lord Koga Shuka (Robert Patrick) expends his vast power in pursuit of a missing half of a two-pieced talisman called — oh, yes — the Double Dragon.

Shuka believes the Double Dragon will imbue him with limitless mystical powers. He just has to wrest it away from martial-arts-trained teen brothers Billy (Scott Wolf) Jimmy (Mark Dacascos) and their protector Marian Delario (Alyssa Milano), leader of the anti-evil band of warriors, the Power Corps.

Potheads of a certain age have endless fond memories of sneaking early joints while diving deep into Double Dragon in both game and movie form. This new collectible Blu-ray enables such longtime fans to relive the reefer discoveries of their youth, as well as for an entire new generation to indulge and enjoy.

Amidst the early-’80s horror craze typified by the Friday the 13th franchise, Saturday the 14th arrived to poke fun at the era’s onslaught of scare fare with silly, so-dumb-it’s-hilarious humor that’s more rooted in classic monsters than modern slashers.

Kids loved Saturday the 14th and so did their older siblings who’d toke between scenes and then howl at the goofiness of this haunted house spoof — set, naturally, in Erie, Pennsylvania.

Now, thanks to this deluxe Saturday the 14th reissue from Shout Factory, you too can gulp smoke and try not to guffaw at stupid-funny sights such as Jeffrey Tambor as a balding suburban vampire, real monsters under a kid’s bed that nobody believes are there, and the Creature from the Black Lagoon rising from a bathtub. 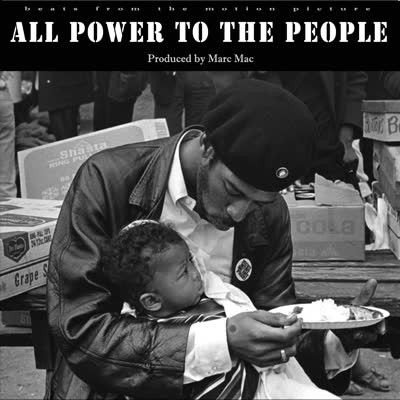 “All Power to the People”
By Marc Mac
Get It: Bandcamp

Long-running London-based composer, studio wizard, and soul-funk-rap visionary Marc Mac conjures a mind-blowing documentary soundscape on All Power to the People. The album blends samples of interviews, news clips, and sonic history amidst Mac’s powerful music constructions to conjure a dynamic history of the Black Panther Party and its revolutionary political brilliance.

“The Blue Bird”
By Mark Deutron
Get It: Season of Mist

Make way for narcotic heaviosity, courtesy of Texas stoner rock psychonaut Mark Deutron (former Melvins bassist and eternal bringer of the dope doom). The Blue Bird is a singular piece of skull-scorching wonder, as Deutron sings lead and plays nearly every instrument on the album’s relentless downpour of dark delights.

“Who’s the Dreamer?”
By Gandalf’s Owl
Get It: iTunes

420
TELEVISION
ENTERTAINMENT
MOVIES
MORE...
Mike McPadden
FOLLOW
Mike McPadden is the author of "Heavy Metal Movies" and the upcoming "Last American Virgins." He writes about movies, music, and crime in Chicago. Twitter @mcbeardo
Share this article with your friends!
AD
By using our site you agree to our use of cookies to deliver a better experience.
Accept
Decline
MORE FROM MERRY JANE