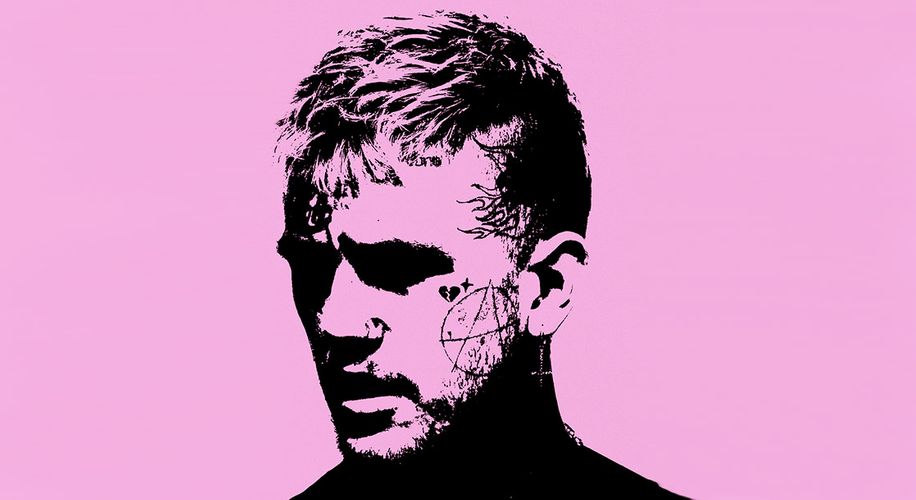 Heady Entertainment: Puff to the New Lil Peep and Cheef to "Charlie's Angels"

This week, Force-blaze some green to baby Yoda, frolic with the femme fatales of "Charlie's Angels," and experience a lil bit of "Everything" with the late Lil Peep's latest.

This week, Force-blaze some green to baby Yoda, frolic with the femme fatales of "Charlie's Angels," and experience a lil bit of "Everything" with the late Lil Peep's latest.

The Mandalorian, Disney+’s new Star Wars series, may seem to have stomped out all other stoner-ready streaming options, but there’s also Kat Dennings in the daring Dollface; and the new Charli XCX reality rock show, I’m With the Band: Nasty Cherry.

Our vintage cult classics selection is ablaze with the Stephen King shock classic Children of the Corn; Charlie Sheen as a teenage serial killer in The Boys Next Door; the southern-fried revenge stomper Nightmare in Badham County; and the epic mutant bear screamer, Prophecy.

So let’s get straight — but not “straight” — to this week’s weeded recommendations.

Charlie’s Angels is the latest big-screen incarnation of the crime-fighting femme franchise, which began in the ‘70s as a salacious “jiggle TV” series, then got reinvented for the early 2000s in two feature films featuring Drew Barrymore, Cameron Diaz, Lucy Liu, and Bill Murray.

Suffice to say, the 2019 Charlie’s Angels is the most woke take on the material to date, but given the dynamism of Kirsten Stewart, Naomi Scott, and Ella Balinska in the lead roles, it’s also the most lit.

Patrick Stewart, Djimon Hounsou, and Elizabeth Banks (who also directs) co-star as Bosleys, who act as go-betweens for mysterious private eye kingpin Charlie. The movie’s action is outrageous, the plot’s politics are spot-on, and your cannabis should be consumed in order to best take it all in properly.

The saga of square US auto manufacturer Ford aiming to unseat an exotic Italian sports roadster giant at the 1966 Le Mans World Championship is intriguing enough to roll a joint over. The fact that Ford v Ferrari pits Matt Damon and Christian Bale as enemies turned allies in the quest and the movie’s soaring, suspenseful plot races forth with cutting edge visual effects should get you to light that spliff and strap in for a visceral ride. Ford v Ferrari puts the “high” in high-octane.

This week’s other two big-screen releases invite inhalable intoxication to add to their fun. The Report, on the other pipe-passing hand, is a fact-based film that makes use of marijuana’s ability to enhance deep mental dives and spark profound conversations.

Adam Driver stars as Daniel J. Jones, a naïve staffer who works for Senator Dianne Feinstein (Annette Bening) and ends up investigating the CIA’s post-9/11 Detention and Interrogation Program. What he finds is pure shock and awe — in the most troubling sense.

Kat Dennings stars as Jules in Hulu’s new series Dollface. She’s a Los Angeles resident who gets dumped by her boyfriend and, rather than immediately pine for a new guy, sets out to rekindle friendships with the women she let take second stage to her ultimately failed relationship.

With Dollface, Dennings dazzlingly leaps forward from the standard sitcom tropes of 2 Broke Girls — which, let’s be honest, was plenty stupid-funny enough to binge on while thoroughly baked — into daring comedic territory awash in emotional fearlessness, surrealistic sight gags, and sage advice from a talking feline. Dollface provides extra brain-bang for your doob-ignited viewing pleasure.

I’m With the Band: Nasty Cherry chronicles the mission of UK pop provocateur Charli XCX to assemble an all-female punk band capable of properly storming the planet at the dawn of the 2020s.

The show depicts Charli meeting and teaming up with musicians Gabbriette Bechtel, Chloe Chaidez, Georgia Somary, and Debbie Knox-Hewson to form the group Nasty Cherry. Along the way, the requisite sex, drugs, and rock-‘n’-roll — not always in that order — entertainingly dominate the proceedings. And you can get lit along at home.

Unless you’ve been frozen in carbonite for quite a while, you’re likely aware of both the new streaming mega-service Disney+ and that it offers the first-ever live-action Star Wars series, The Mandalorian.

Now that the weekend’s here, you can properly blast off with The Mandalorian by adding the right chemical brain fuel to soar along with badass bounty hunter Dyn Jarren (Pedro Pascal), a baby Yoda, Giancarlo Esposito (Gus Fring the “Chicken Man” from Breaking Bad) as an Empire villain, art film mind-blower Werner Herzog in a rare acting role, and a cameo appearance by stoner comedy Jedi master, Brian Posehn.

In 1984, Spheeris made the teen punksploitation classic, Suburbia. Three years later, she directed the teen punk western, Dudes. In between those two midnight movie milestones, Spheeris veered away from the slam-dancing and safety-pins for The Boys Next Door, a shocker that focuses on seemingly ordinary adolescents who, out of nowhere, go homicidally wild.

Charlie “Sheenius” Sheen and Maxwell Caulfield co-star as Bo and Roy, small-town California high school pals who, upon graduating, hightail it to Los Angeles, where the La Brea Tar Pits inspire them to “go caveman” and indulge their every violent, destructive, murderous whim.

The Boys Next Door is disturbing, nihilistic, and so well-made it will stick in your skull for quite some time. Smoke an intense strain while watching it to enhance the harrowing emotions. Afterward, indulge in a mood-lifting blend to help deal with what you’ve just witnessed.

Children of the Corn rules hard and still riles up viewers as one of the most beloved freak-outs of ’80s fright flick history — and Stephen King cinematic adaptations.

What’s interesting is that, among horror fans who get high, it seems like everybody knows and jokes between tokes about the movie’s pint-sized rural cult leader Isaac (John Franklin) and his lanky, redheaded, buck-toothed enforcer Malachi (Courtney Gaines) — without a lot of people having actually seen the film itself!

Arrow Video is on hand to correct that with this glorious collector’s edition Blu-ray of Children of the Corn, which vividly plunges viewers to the middle-of-nowhere stalks with lost city folk Vicky (Linda Hamilton) and Burt (Peter Horton) as the juvenile worshippers of He Who Walks Behind the Rows hunt humans for sacrifice.

Beyond the sumptuous restoration, the COTC Blu-ray is loaded with bonus materials featuring the movie’s four lead actors and fanatical fans not only of the original film but its six sequels and a 2009 reboot which, in turn, begat two more sequels. Recommended munchie: CBD popcorn!

In fact, an R-rated version of Badham quickly garnered an international theatrical release. Ticket-buyers got to see extra sex, violence, and deep-south stereotypes run wild in the too-hot-for-TV cut, which garnered actual blockbuster status throughout Asia.

Deborah Raffin and Lynne Moody co-star as the unfortunate collegiates who end up laboring on a prison farm under the constant torment of Chuck Connors in one of cinema’s all-time most despicable bad-cop roles. It’s fun to blow smoke at the screen in direct defiance of that creep.

After a glorious ‘70s run as a key figure in both The Godfather and Rocky film series, actress Talia Shire ended the decade by teaming with visionary director John Frankenheimer (1962’s The Manchurian Candidate) and starring in Prophecy, a fairly inexplicable, thoroughly entertaining-while-420-elevated mutant bear movie.

In rural Maine, excess logging and toxic waste causes local wildlife to evolve in alarming ways. For instance, a salmon grows big enough to swallow a duck whole, and a raccoon takes on the traits of a Tasmanian devil. Worse is what becomes of a mama bear named Kathadin. After munching on lumberjacks, she transforms into a rampaging monster hellbent on protecting her cub who’s in the care of humans.

Prophecy is a reefer-ready riot that’s also scary and, indeed, thought-provoking. Get the new Shout Factory Blu-ray, pack your pipe, and, like Kathadin herself, roar.

Everybody’s Everything
By Lil Peep
Get It: Apple Music

Marijuana music culture continues to reel from the 2017 death, at age 21, of rising rap genius Lil Peep. Everybody’s Everything, a posthumous compilation being released to coincide with a documentary of the same name, rounds up and sets off 19 tracks that encapsulate Peep’s mighty musical legacy. Pour out some bong-water in Peep’s honor and just press play.

Trippie Redd: It’s one hip-hop superstar moniker that says it all. His beats and rhymes are trippy AF, and, to best experience them, you indulge in activities to make your eyes red (also AF). Trippie’s new mixtape, A Love Letter to You 4, follows !, his sophomore album from last August. The first two singles — “Love Me More” and “Death,” featuring DaBaby — set a fire into which Love Letter just keeps tossing more sonic green goodness. The smoke is in the music (as well as in the room as you listen).

Our Pathetic Age
By DJ Shadow
Get It: DJ Shadow Official

DJ Shadow has assessed the state of the world, and he’s not happy about it. The upside of his outrage, though, is Our Pathetic Age, Shadow’s new 26-track album that runs an hour-and-a-half and never flinches.

Side one is instrumental fury that acts as a trip in itself (hallucinogens optional, but recommended). The vocal-loaded side two sparks up with Nas and Pharoahe Monch on “Drone Warfare,” which gives way to the way-more-chill first single, “Rocket Fuel” featuring De La Soul.