CULTURE
Heady Entertainment: Earl Sweatshirt Endo and Stephen King Kush Classics
AD
The high holiday season is just starting to heat up, and we’ve got a lit litany of pop culture picks that will warm your soul and bloom your brain.
Published on November 30, 2018

It’s the first weekend of December, so we all know what’s in the air. That’s right — marijuana smoke! And also, of course, the high holiday season (in every sense) is just getting lit up. In theaters, Anna and the Apocalypse follows a young heroine battling hungry zombies, in part, with songs. Among streaming options, stoner comedy looms large with Amazon’s Inside Jokes and Bumping Mics, the great Dave Attell-Jeff Ross meet-up on Netflix.

On the reissue side, we’ve got special editions of smoker-ready cult films Mausoleum, Streets of Fire, and Stephen King’s Sleepwalkers. And in music, the mighty Earl Sweatshirt returns to set off Some Rap Songs.  So let’s get straight — but not “straight” — to this week’s fresh-rolled recommendations.

Howling out of Scotland, Anna and the Apocalypse is a holiday-themed, end-of-the-world-set, blood-and-guts-gorged zombie epic beyond anything else we’ve gotten stoned to so far. Really: it’s a musical!

Ella Hunt plays the title character, an 18-year-old ready to discover life outside of her tiny hamlet of Little Haven when, on Christmas, everything goes haywire. The dead rise to munch human flesh, Anna’s high school pals band together to ward off the threat, and, amid outlandish carnage and chaos, there’s time for extremely catchy tunes set to crazily-impressive choreography.

If you’ve never been stoned while watching teenagers uses giant candy canes to gorily battle a ghoul dressed as a snowman, Anna and the Apocalypse, at last, presents your optimal opportunity.

Bumping Mics combines candid moments, celebrity encounters, and, of course, explosive on-stage mirth-making in ways that result in what may be the definitive stoner stand-up special of 2018.

Netflix scooped up Happy as Lazzao after it won the Palme d’Or at the Cannes Festival and sent audiences reeling off on its one-of-a-kind surrealistic sojourn into the place where high art means sweet hallucinations.

Inside Jokes is Amazon Prime’s new documentary series that tracks seven stand-up comics struggling to get a coveted spot at Montreal’s Just for Laughs festival. The series’ subjects — Rosebud Baker, Robert Dean, Kellen Erskine, Simon Gibson, MK Paulsen, Alzo Slade and Daphnique Springs — intermingle with established comedy  superstars and talk with each other about how they’re each facing the challenges in their lives and careers. They’re all also hilarious, so try not to cough out your smoke from laughing too hard.

Before fantasy author George R.R. Martin reinvented reality by concocting the Game of Thrones universe, he authored Nightflyers, a sci/fi horror novel that was made into a cheap 1987 movie that does have its admirers.

In fact, Nightflyers fandom is so intense that SyFy has remade the cult flick as a big budget, brain-banging news series that chronicles a diverse spacecraft crew that explores the outer edges of the known universe, while also navigating the deep weirdness of their own psyches.

The show’s got killer FX, cosmic waves of paranoia, and unexpected revelations — in other words, everything you want from a space show in terms of toking!

An unsung gem from the Stephen King movie universe, Sleepwalkers is finally getting the proper respect it deserves from Shout Factory, which has responded to this freaky vampire chiller’s devoted following by creating a proper collector’s edition Blu-ray. Pack your bong and discover it properly.

Sleepwalkers stars Brian Krause and Alice Krige star as shape-shifting, mother-and-son bloodsuckers who roam about small town America seducing and slaying female virgins together (yes, mom and junior share unnatural affections for one another). They’re also terrified of cats, and the feeling among felines is mutual. So if you watch Sleepwalkers with your own kitties in the room, maybe treat them to some CBD catnip first.

The visuals alone are a smoker’s paradise, and the music functions as an operatic trip back through time and forward into Streets of Fire’s incendiary imagination. 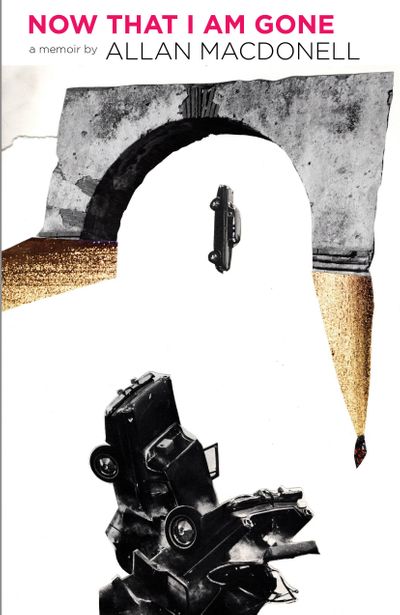 “Now That I Am Gone: A Memoir Beyond Recall”
by Allan MacDonell
Get It: Rare Bird Books

Since then, MacDonell has gone on to manage a cannabis culture website (Kindland), but at the beginning of his latest book, Now That I Am Gone: A Memoir Beyond Recall, he dies. Yes, that’s the actual premise: Allan MacDonell departs this mortal coil on page one and, from there, trips through time and space to recall various shocking, moving, hilarious, and harrowing experiences during his time among us and to impart what wicked wisdom he gleaned along the way.

As a result, Now That I Am Gone is an autobiography like no other, and one best read while properly lit to ponder the mysteries and observations that MacDonell dispatches from the outer reaches of the great beyond.

“Disparity”
By Sarah Longfield
Get It: Season of Mist

In the past few years, wizard-fingered guitar wonder Sarah Longfield launched from YouTube to cult stardom to Disparity, her debut long-player from metal label Season of Mist. Blazing her way across six, eight, and 12-string configurations, Longfield veers from atmospheric looming and lush invocations to mind-melting overwhelm and soaring blasts-off into the acid-tinged unknown.

Some Rap Songs boasts collaborations with Navy Blue, Standing on the Corner, The Alchemist, and even the rapper’s own parents. Prepare for this record to make your hoodie stand up on end!

“True Misery”
By Old Man Lizard
Get It: Bandcamp

True Misery is the album. Old Man Lizard is the band. The psych-doom music therein sounds exactly like what both those names suggest. It’s low, slow, rumbling, charging, roaring, and burbling like lit lava in a way that overtakes the listener’s consciousness. It works. Add your own marijuana to the mix and drift off into ecstatic surrender.

MUSIC
TELEVISION
ENTERTAINMENT
MOVIES
MORE...
IN THIS STORY
CBD
Click to shop at our CBD store
Mike McPadden
FOLLOW
Mike McPadden is the author of "Heavy Metal Movies" and the upcoming "Last American Virgins." He writes about movies, music, and crime in Chicago. Twitter @mcbeardo
Share this article with your friends!
AD
By using our site you agree to our use of cookies to deliver a better experience.
Accept
Decline
MORE FROM MERRY JANE