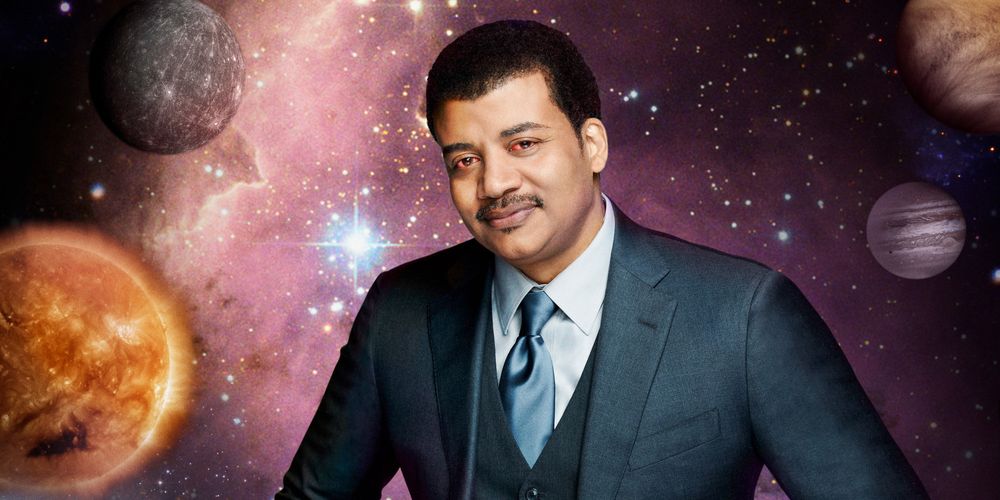 This week, Vin Diesel gets "Bloodshot" without smoking a single blunt, "Cosmos" returns with "Possible Worlds," and Glenn Danzig's "Verotika" arrives on Blu-ray.

This week, Vin Diesel gets "Bloodshot" without smoking a single blunt, "Cosmos" returns with "Possible Worlds," and Glenn Danzig's "Verotika" arrives on Blu-ray.

Welcome back to Heady Entertainment, MERRY JANE's weekly guide to just-released movies, books, TV shows, and music — all fresh, dank, and THC-friendly. In specific, we choose our picks based on how they can enhance your combined consumption of cannabis and entertainment.

Movie theaters will showcase wild, weed-ready action in the form of Vin Diesel’s superhero bash Bloodshot and the controversial political satire The Hunt. (That is, if movie theaters stay open amidst the coronavirus panic.)

So let's go straight — but not "straight" — to this week's fresh-rolled and smoldering recommendations.

Like RoboCop pumped up to amphetamine speed for the 21st century, Bloodshot showcases Vin Diesel as a marine who gets murdered then scientifically resurrected as “a superhuman biotech killing machine” called — you guessed it — Bloodshot. Piecing together bits from his pre-makeover existence, Bloodshot hunts for the fiends who mowed down both him and his wife, igniting a storm of cutting-edge visual effects vengeance best witnessed while giddily lit.

After getting pulled from theaters last year following a Twitter condemnation from you-know-who, anticipation for the high-octane political satire The Hunt only built up like bong-smoke behind a chamber carb. At last, Hollywood has moved its finger, The Hunt is hitting theaters, and we’re all free to imbibe this savage send-up of red-state/blue-state warfare in which “liberal elites” stalk and kill “MAGA conservatives” for sport. Get high, see The Hunt, and make sure you’re registered to vote — then do it!

For Cosmos: Possible Worlds, science guy supreme Neil deGrasse Tyson blasts us off into the outer-most reaches of physical reality. Entertaining and enlightening as only he can be, deGrasse Tyson explores uncharted realms, lost universes, future landscapes, and a mind-melting array of new dimensions toward which humans may be heading. You already know which proper rocket fuel to fire up in order to best enhance this journey.

The UK series Flack caught on globally last year as viewers coughed out bong smoke to the show’s vicious send-up of the A-list public relations game, and marveled at the deep performance delivered each episode by star Anna Paquin. As a Hollywood publicist relocated to London, Paquin mops up all manner of messes and guides celebrities through crises of their own making — oftentimes, just barely. Flack slaps.

With Verotika, musclebound punk-metal frontman and scary movie fanatic Glenn Danzig adds “one-of-a-kind filmmaker” to his array of lifetime achievements, finally realizing his dream to write and direct a horror anthology as, literally, only he could possibly do it.

In the event anyone wonders if Verotika might pair well with potent marijuana, just consider that its very first segment tells the “the story of a woman with eyeballs for nipples who conjures a giant, murderous albino man-spider every time she falls asleep.” Again, that’s just how the movie starts.

After its 2019 premiere in Chicago, audiences emerged stunned from Verotika, with multiple critics likening it to a horror version of Tommy Wiseau’s The Room. The comparison is understandable, but, truly, Verotika is an experience beyond, and one you must get high to and have for yourself ASAP!

Deborah Foreman of Valley Girl stars as Muffy St. John, a preppie college student who invites her classmates to her family’s remote island getaway for a weekend of pranks that turns deadly — or does it? Prank after prank, kill after kill, scream after scream, April Fool’s Day is a tricky treat, especially by way of Shout Factory’s new collector’s edition. Watch with serious weed ready, and have fun trying to figure out who’s dead and whodunit.

The Beast and the Magic Sword, just released in a killer special edition by Diabolik, is Naschy’s final go-round as the way-out Wolfman and well worth your weed-bolstered viewing.

It’s a trip (in every sense) set in the 16th century. Daninsky travels from Spain to Japan in search of a sorcerer whose mystical silver sword might break the wolf curse. Along the way, our hairy hero goes up against martial arts masters, lightning swordsmen, and a host of other brain-straining challenges. Bust out the bud and bay at the moon while watching.

Maya Deren, revered the world over as “the Mother of Avant-Garde Cinema,” is one of the all-time most daring and dazzling visual artists who ever blew minds by way of a movie screen.

Beginning with the 1943 landmark Meshes of the Afternoon, Deren’s experimental films effectively treated audiences to acid trips decades before LSD became popular. Naturally, then, 1960s psychonauts rediscovered her work, and Deren’s absolute command of cutting-edge moviemaking has since remained a rite of passage for many who pursue higher consciousness through chemical enhancement.

Kino Lorber’s new Maya Deren Collection gathers the mind-altering master’s work in gorgeously restored form, along with fascinating bonus features. In addition to Meshes, the collection also features the “psychogeographical journey” At Land (1944) and Divine Horsemen, an hour-long montage of footage that Deren shot of Haitian voodoo ceremonies ranging from the '40s to the ’70s.

Atlanta superstar Rich the Kid follows up last year’s The World Is Yours 2 with Bossman, a new album so definitively dope, it may as well be unofficially titled The World Is Yours 3. Building off the smoking strength of the singles “That’s Tuff,” featuring Quavo; “Money Talk” with YoungBoy Never Broke Again; and the pure solo suaveness of “Red,” Bossman is a bomb-ass endeavor, end-to-end.

I’ll Say It for You
By Dax
Get It: Dax Official

Blazing an elevated trail out of Canada by way of YouTube, inspirational hip-hop force Dax lays himself out raw on I’ll Say It for You, a seven-track EP driven by pain, hope, courage, and heightened consciousness. We’ll say it for you: Spark a doob, and let Dax take you higher.

Sister
By Ultraista
Get It: Bandcamp

It’s been eight years since Ultraista’s debut record, and, in the course of its members numerous other projects, they’ve fully absorbed the cultural zeitgeist which includes, of course, the overwhelming presence of cannabis.