CULTURE
Heady Entertainment: “Beach Bum” Blazes Bright; “What We Do in Shadows” Is a Bloody Blast
AD
Harmony Korine’s "The Beach Bum" detonates theaters this week as an instant canna-cinema classic. And small screen intoxicants include returning funny favorites "Barry" and "Veep."
Published on March 29, 2019

Harmony Korine’s The Beach Bum detonates theaters this week as an instant canna-cinema classic. Small screen intoxicants include a bloody hilarious series adaptation of What We Do in Shadows, along with returning funny favorites Barry and Veep, and the needs-no-further explanation Trailer Park Boys: The Animated Series.

Two vintage grindhouse greats get the special edition treatment to blow minds anew: the searingly scuzzy Fleshpot on 42nd Street and the martial-arts-vs.-Dracula blast, Legend of the 7 Golden Vampires.

New music worthy of your marijuana this week varies from the smoking hip-hop of Fredo Bang to the aural adventurousness of White Denim to a hybrid strain of sonic knockouts by way of DJ Muggs and Mach-Hommy.

Some film may exist somewhere that contains more smoking, more drinking, more snorting, more pill-popping, and more partying with nonstop abandon than The Beach Bum, but it’s probably a medical documentary, and it most likely presents such activity as maybe not the best idea. Leave it to Korine, McConaughey, and company to not just showcase the power of getting wasted, but to present it as pure life-affirming awesomeness.

Aside from the inherent hallucinogenic sight of a flying elephant, Tim Burton’s live-action take on the classic 1941 Disney cartoon Dumbo also includes an amazingly amped-up version of “Pink Elephants on Parade.”

In the original, baby Dumbo accidentally gets drunk and trips out to freakazoid visions of rose-hued pachyderms stomping on his consciousness. This time, the neon mammoths arise during a dream, and they’re a psychedelic onslaught of brain-bending bubbles bouncing all over the screen. It provides a perfect opportunity for you to combine elephants and edibles.

Last year’s breakout hitman comedy Barry returns to stun stoners with its uproarious mix of Hollywood pomposity, international intrigue, and graphic slapstick violence. Bill Hader is gloriously deadpan as an veteran assassin who gets bit by the show biz bug. Henry Winkler ascends to new heights of hilarity as Barry’s self-serious acting teacher. Season 2, early on, packs even more of a wallop than where Barry last left off, to boot.

Hanna (Esme Creed-Miles) is a teenager raised in the woods of Finland by her ex-CIA operative father Erik Heller (Joel Kinnaman) to be a one-girl killing machine. As the bad guys move in, that’s exactly what she does.

We first met these characters in the high-octane 2013 movie Hanna, and the new Amazon Prime series expands the story deeper into the titular badass’s adolescence. In one episode, for example, Hanna attempts to fit in with a British teenager only to, naturally, end up laying waste to half of London. The show, then, delivers more of the film’s amphetamine action in new settings, and nobody here’s going to slow down to complain.

A wild documentary that doubles as a drug-fueled comedy of errors, The Legend of Cocaine Island centers on an urban myth about a duffel bag stuffed with $2 million worth of white gold buried in the Caribbean and the team of misfits that sets out to find it.

South Florida businessman Rodney Hyde, who leads the ludicrous expedition, is an instantly memorable real-life character, and the movie is so outrageous, you’ll think you’re high no matter what condition you watch it in (being high, of course, is recommended, though we prefer verde over blanco).

The mad miscreants of the beloved Canadian cult-classic Trailer Park Boys have always had an air of brilliant cartoonishness. It makes perfect sense, then, for their adventures to evolve into Trailer Park Boys: The Animated Series. It’s got all the cursing, arguing, boozing, getting high, “let’s go, smokes,” shooting guns, and doing hilariously stupid stuff of the live-action edition, now with the bonus of insane cartoon violence. Roll a fatty and join the fun, eh?

It’s the final season of HBO’s Veep, the ongoing saga of goofball politician Selina Meyer (Julia Louis-Dreyfus) who, with the help of a team of bumbling stumblers, somehow managed to ascend first to U.S. Vice President, and then to the highest office in the land — only to get the boot and have to try to get back into the Oval Office.

The writing is fast, foul-mouthed, and savagely funny, played to perfection by a cast of comedy maestros. President Meyer, by the way, is completely in favor of all-out marijuana legalization. Hail, while high, to the Veep!

“What We Do in the Shadows”: Season One
Cast: Kayvan Novak, Matt Berry, Natasia Demetriou
Watch It: FX

Jemaine Clement and Taika Waititi’s fiendishly funny 2014 mockumentary What We Do in the Shadows has caused countless joint passers to involuntarily laugh out lungfuls of smoke with its deadpan depiction of daffy vampires just going about their mundane “lives” as “roommates.”

The great news now is that the premise works just as well in TV series form, with the core group of bloodsuckers “who have been roommates for hundreds and hundreds of years” attempting to exist in goth resplendence in the decidedly inelegant NYC borough of Staten Island (the home of some completely kickass weed-dealers, by the way).

As with Wood, though, Milligan occasionally landed an unexpectedly potent punch — particularly when crossdressing and alternative sexuality lay at the various beating organs of the material at hand. Milligan’s bad movies are a blast to get blitzed to, so when he makes a good one, it’s time to pair it with a superior strain.

Vinegar Syndrome is presenting Fleshpot in an A-plus collector’s edition. Watch the movie once and let it sink in. Then fire up a fresh bowl and experience it again with the commentary by cult film authorities Samm Deighan, Heather Drain, and Kat Ellinger. There’s a lot of ideas here among the smut that will expansively feed your head.

When it comes to epic, elegant, bloodily enthralling horror classics, England’s legendary Hammer Films is pretty much peerless. By the same token, when it comes to the grindhouse era’s most imaginative, awesomely action-slammed martial arts sagas, Hong Kong’s Shaw Brothers studio reigns supreme. The motion picture libraries of these companies have inspired inestimable marijuana consumption throughout the decades.

Imagine, then, if those two powerhouses teamed up on a single production. Well, imagine no more as The Legend of the 7 Golden Vampires, co-produced by Hammer Films and the Shaw Brothers, delivers nonstop brain-blasting delights by pitting “black belts against black magic” in a chopping, kicking, brawling, and squalling supernatural quest to defeat Count Dracula himself!

In his globe-trotting pursuit of the diabolical Dracula (John Forbes-Robinson),

Professor Van Helsing (Peter Cushing) tracks the count down to the Chinese village of Ping Kuei, where he’s protected by seven golden vampires. Local heroes Hsi Ching (David Chiang), Vanessa Buren (Julie Ege), and Mai Kwei (Szu Shih) team up with Van Helsing then and the ultimate battle is on — as is the first of a series of bong-loads as you puff away and watch this karate-horror hybrid in way-out wonder. 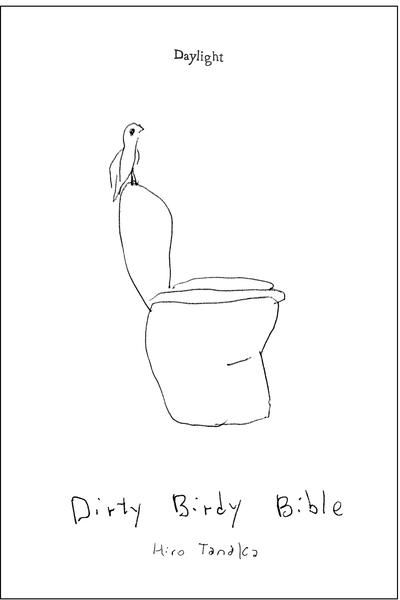 “Dirty Birdy Bible: Notes From the Road”
by Hiro Tanaka
Get It: Quimby’s Bookstore

Tanaka also always had a notebook on hand into which he jotted amusingly nasty phrases, innovative obscenities, dirty jokes, and other points of amusement, which he also illustrated with beautifully crude doodles. Dirty Birdy Bible compiles Tanaka’s handiwork, and it’s guaranteed to keep you guffawing as you get high and flip through its pages packed with all manner of naughty bits.

“Big Ape”
By Fredo Bang
Get It: iTunes

Baton Rouge rapper Fredo Bang hits hard enough on the new mixtape Big Ape that you’ll want to be proactively stoned to best embrace the impact. Harsh takes on high living (and vice versa) intermingled with slick rhyme spins and production that’s thoroughly muscular while occasionally daring to be playful. Grab the bong and pump up the Bang!

“Side Effect”
By White Denim
Get It: Bandcamp

Nine albums in on Side Effect, Austin innovators White Denim continue to stretch the boundaries of their sound. As always, the band’s songs are stoner-ready mini operas that jet off on unexpected detours. This time, the band favors funk, jazz, and freaky improvisational byways that intensify the music’s overall rush and add up to a thoroughly-satisfying sonic jaunt.

“Tuez-Les Tous”
By DJ Muggs and Mach-Hommy
Get It: iTunes

With his preference for lo-fi, unexpected releases and bare-knuckled rhyming, Mach-Hommy is one of the most intriguing — and daunting — figures in modern hip-hop. Paired now with veteran beat maestro DJ Muggs for the new album Tuez-Les Tous, Hommy expands further on his might and mystery with a set of smokingly-raw sonic beatdowns.