CULTURE
Heady Entertainment: “BlacKkKlansman” Bubba, “Slender Man” Sour, and Trippie Redd Tangie
AD
The dankest pot-friendly pop culture released this week. For starters, we’re getting lit to the latest and greatest Spike Lee joint — and we suggest you do the same!
Published on August 10, 2018

BlacKkKlansman is unlike any movie you’ve smoked to before, and not just because it tells an outrageously true story — although pondering that certainly does compound the buzz. The Meg and Slender Man offer two less groundbreaking but still great-for-baking box office options. HBO comes back high and hard with news seasons of Insecure and Ballers. Two all-time schlock sci-fi stoner cinema classics get the collector’s edition treatment on Blu-Ray: Laserblast (1977) and Mac and Me (1988).

Music-wise, there’s a feast for marijuana-intensified ears via new sounds from Trippie Redd, DJ Muggs, and Dropout Kings. So let’s get straight — but not “straight” to this week’s fresh-rolled recommendations.

In terms of black auteurs, 2018 is proving to be a fiercely historical flashpoint — not just in terms of quality, but also in the vast array of topics lighting up screens in highly elevated fashion.

Building off the radical horror of 2017’s Get Out, the past year has brought audiences Black Panther, which revitalized the superhero blockbuster, and Sorry to Bother You, arguably the most nuanced and surreal satire of the past decade. Now, just in case anybody feels like they’ve seen it all, Spike Lee is busting out BlacKkKlansman, a comedy-drama-thriller so insanely impossible that, oh yes, it’s based on an absolutely true story.

John David Washington stars as Ron Stallworth, a real-life African-American detective in Colorado Springs who, in the early 1970s, infiltrated a chapter of the Ku Klux Klan in order to shut down the illegal activities of the notorious hate group. Yes, you read that right. Stallworth pulled off his ruse by mostly using the telephone, having fellow cop Flip Zimmerman (Adam Driver) stand in for him on occasion, and, when necessary, actually donning the KKK’s infamous white hood.

Though heavy, the madness of the KKK that the movie lays bare is best accompanied by a toke in order to wrap your head around such evil and stupidity. On top of all that, then, so much of BlacKkKlansman is uproariously funny that it pairs perfectly with puffing and passing. This one’s a hit — in every sense!

This hugest of huge shark movies is fun as is, but diving into it blitzed on herb in IMAX 3D is an intoxicating multiplex adventure for the ages. “The Meg” of the title is a Megalodon, a 75-foot prehistoric shark that goes way beyond anything that piker in Jaws ever bit by being able to swallow entire ships whole — and we get to watch it all go down by way of some killer CGI.

Jason Statham, as always, makes a fine action hero as a rescue diver out to defeat the beast; Li Bingbing delivers scientific mumbo jumbo entertainingly as an oceanographer; and Rainn Wilson is good for giggles in the comic relief role. The Meg is ludicrous, occasionally amazing, and a potent plunge into pot-friendly visual effects. Light a doob and leap into it.

Based on an online horror character that reportedly inspired a couple of kids to commit a horrible crime in real life, Slender Man is a multi-layer creep-fest awash in uncanny paranoia and enough shivers to warrant immediate smoking up before, during, and after.

The movie is not about that actual case, but it is still about a lanky, featureless, tentacle-brandishing ghoul who stalks victims by infecting their brains with his eerie, virus-like presence. Pack a fatty with your favorite freak-out strain and fire it up for Slender Man.

“All About the Washingtons”: Season 1

Rev Run stars alongside his real-life wife, Justine Simmons,  in All About the Washingtons, a semi-autobiographical comedy series created by Jeremy Bronson, who brought us the underappreciated ABC sitcom, The Mayor. Here, the Rev plays retired hip-hop icon MC Joe Speed, dealing with life after the game.

Dwayne “The Rock” Johnson returns for another go-round in Ballers as a retired football superstar reinventing himself as a financial manager to hellbent-to-party pro athletes in drug-drenched Miami. Given that set-up — and especially that setting — each episode of Ballers is bursting with dreams-come-true excess, especially in the area of intoxication. Smoke, snort, and roll along while you watch, player.

The pitch-black sitcom Insatiable was developed for the CW, but rejected for being too outrageous and extreme (now consider that Riverdale is on the CW, though… ). Netflix snatched the show right up and now we can all smoke up and take it in. Debby Ryan stars as a bitter bullying victim who’s out to conquer those who wronged her by reinventing herself as a competitive beauty queen. Bob Armstrong (Dallas Roberts) is a disbarred lawyer who, for his own nefarious reasons, takes on work as a pageant coach. Sick jokes ensue, as do even sicker laughs.

Creator Issa Rae (The Misadventures of Awkward Black Girl) stars in HBO’s acclaimed and precedent-setting Insecure as Issa Dee, a dynamic woman more than just making due in Los Angeles by working several jobs and running a youth-centered non-profit called We Got Y’All. Along for the journey is Issa’s ride-or-die Molly (Yvonne Orji), who starts working at a black-owned law firm this season. Insecure is deep, rich, amusing, enlightening, and moving — all descriptions that should be applied to the strain your imbibe as you watch this remarkable series.

The Package comes to Netflix by way of the creators of stoner entertainment institutions Workaholics and Tropic Thunder (2008). The towering inferno of schwag-soaked slapstick is centered on five young, varyingly dumb young friends who go camping for spring break and lose the object of the title. Suffice to say, the titular package is important, and its disappearance sets off what might be a world record for most dick gags in a single motion picture.

200 Motels is Frank Zappa’s psychedelically bonkers concert movie, which combines cartoons, comedy sketches, Ringo Starr in the role of Zappa, The Who’s Keith Moon playing a sex-crazed nun, and Zappa’s band, The Mothers of Invention, blasting out electrifyingly-weird, wondrous, obscene, insane, and inspirational acid rock as only he — and that merry cabal of musical marauders —  could make happen.

Frank Zappa himself, who composed and performed some of the most tripped-out sounds ever recorded, famously eschewed drugs. But don’t let that stop you while enjoying the master’s madness here!

One of the most skull-shattering sci-fi schlockfests to ever bowl over audiences with its sheer insanity, Laserblast chronicles the adventures of a teenage outcast who turns dangerously cool after he discovers a discarded space alien ray gun. Famously shredded on MST3K, Laserblast is even more of a blast, indeed, when you and your bong-passing pals crack your own jokes over what you won’t believe is happening on-screen… no matter how wasted you get!

Mac and Me is a shameless commercial for McDonald’s in the form of a hilariously cheap and cheesy E.T. rip-off. An entire generation of stoners came of age cracking up over the Mac and Me’s bargain-budget special effects and nonstop plugs for McNuggets and Happy Meals (“This must be like the stuff he eats on his planet!”). Now we can all enjoy it in the miracle of Blu-Ray. Just be prepared for severe Big Mac-centric bouts of the munchies. 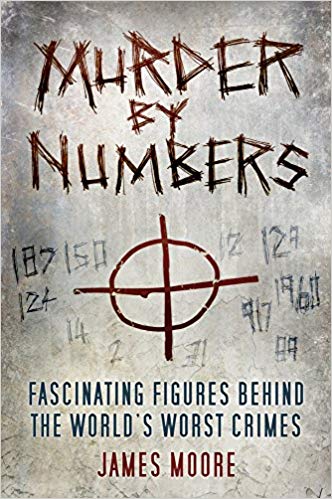 “Murder by Numbers: Fascinating Figures Behind the World’s Worst Crimes”

Get It: Quimby’s Bookstore

True crime is all the rage these days and, for stoners, it’s natural to pondering mysteries such as “How is the number 13 related to Jack the Ripper?” or “Why did the Zodiac Killer kept referring to 340?” (Well, it’s natural to wonder such things post-weed-ignition, anyway).

The killer new book Murder by Numbers lays out all manner of questions along those lines and then maps out the answers by building fact-based connections between numerical figures and their associated sex psychos, serial slayers, and other fiendish extremists. Prepare to have your bones chilled and your brain inflamed. Unfortunately, there’s no mention of 420 in this eerie tome.

Get It: Napalm Records

Is the world ready for the reinvention of nü-metal? The Arizona sextet Dropout Kings makes a loud case for the affirmative with their Napalm Records debut, AudioDope. We know what you’re thinking — but seriously, in this case, don’t fear the rap-rock! Instead, open your mind (assisted by marijuana, of course) and hop in for the ride as these rhyme-dropping head-bangers elevate the form to never-before-attained levels of lit.

Genre-busting rapper/singer/performer extraordinaire Trippie Redd debuts huge with Life’s a Trip, one of the most audacious LP’s of 2018 that radiates smoking bliss with every note, rhyme, and groove. Guests include Travis $cott, Young Thug, and Reese LaFlare, all wrapped up in a brilliantly produced package (and just prepare to get lost in the psychedelic cover art for hours).

Get It: Soul Assassins

420
TELEVISION
MUSIC
BOOK
MORE...
Mike McPadden
FOLLOW
Mike McPadden is the author of "Heavy Metal Movies" and the upcoming "Last American Virgins." He writes about movies, music, and crime in Chicago. Twitter @mcbeardo
Share this article with your friends!
AD
By using our site you agree to our use of cookies to deliver a better experience.
Accept
Decline
MORE FROM MERRY JANE