CULTURE
Get "Dosed": New Doc Explores Psychedelics as an Antidote to the Opioid Crisis
AD
We spoke to a number of psychedelic community powerhouses — including Rick Doblin, Gabor Maté, and Rosalind Watts — for input on the greater implications of "Dosed" and how psychedelics could change society for the better.
Published on June 21, 2019

Psychedelics are changing the conversations around society’s deepest issues. From depression and anxiety, to PTSD and addiction, these substances and plant medicines offer a fresh lens on mental and emotional healing outside the (often unethical) confines of Western medicine.

In fact, the discourse around the seemingly unconquerable opioid epidemic is shifting, thanks to psychedelics. Could these psycho-spiritual substances be a solution to the addiction crisis? That question is tackled head-on in Dosed, a new documentary highlighting the impact of psychedelics on opioid addiction — and the intrinsically toxic relationship between Western medicine and drug laws.

The film is set in Vancouver, British Columbia, the center of the opioid crisis in Canada. It focuses on a young woman named Adrianne who’s trapped in the death grip of a heroin (and fentanyl) addiction. At the onset of the film, she’s suicidal, emotionally depleted, and desperate for an end to her suffering.

Filmmakers Tyler Chandler and Nick Meyers — who’ve been friends with Adrianne for a decade — tell her about a clinical trial for psilocybin mushrooms happening near them in Vancouver. No questions asked, Adrianne was ready to participate. 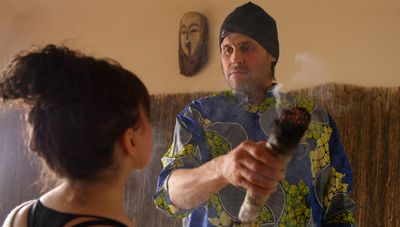 Originally, the documentary was going to be a story about the before and after effects of the psilocybin study. But, as the universe would have it, the trial was delayed. And based on the severity of Adrianne’s condition, there was no guarantee she’d be alive by the start of the clinical trials. So, Adrianne decided to eat mushrooms on her own, hoping to replicate the effects of the clinical test. After a few trips, Adrianne’s outlook improved.

“Had we decided to wait for [the trial to start], the film would never have been made,” Chandler, the director, told MERRY JANE. “It’s 2019, and the trial still hasn’t started. Luckily, we didn’t wait because it put us in touch with people who not only knew what they were doing, but who also wanted to help Adrianne, which launched us on this journey.”

But like many decades-long heroin users, however, Adrianne wasn’t just consuming street drugs. She was also on Western med’s “recovery” regimen of methadone and morphine. While these drugs can help people ween off heroin, it’s common for users to become equally dependent on them. So, although mushrooms improved Adrianne’s headspace, her addiction was complex. And she continued to use heroin regularly without those around her really knowing.

“Doctors don’t know what to do about addiction other than what they’re trained to do, which is prescribe more [drugs],” said Meyers. “And if [those meds] don’t make you feel great, maybe they’ll switch you to something else.”

While interviewing experts for the film, Chandler and Meyers met a man named Garyth Moxey who told them about a different psychedelic plant that’s especially effective for treating opioid addiction. Iboga, or ibogaine, is an African rainforest shrub known to interrupt substance use disorders by curbing withdrawal — the toughest hurdle when getting clean. While iboga is a Schedule I drug in the United States, it’s not explicitly illegal in Canada (and it’s legal in Mexico), making it easier to access via treatment centers.

Meeting Moxey altered the trajectory of the film and Adrianne’s path to recovery. It’s also the moment in which the scope of the documentary shifts. Rather than simply highlight a young woman’s journey through the trenches of opioid addiction, Dosed becomes a film revealing the systemic defects of Western medicine and drug laws.

“Prohibition is the problem,” said Trevor Millar, an iboga provider who worked with Adrianne in the film. He also currently serves as Chairman of the Board for the Multidisciplinary Association for Psychedelic Studies (or, MAPS) Canada. “As long as these medicines are outlawed, people are going to have to break laws to access them just to get treatment that actually works.”

It’s a catch-22 because, while plant medicines and psychedelic therapy are outlawed, Western medicine’s treatment process generally doesn’t address the root of addiction, which is said to almost always stem from childhood trauma and emotional loss.

As Dr. Rosalind Watts — a clinical psychologist from the Psychedelic Research Group at the Imperial College of London, the group leading the world’s largest clinical trial on psilocybin to date — says, people who are suffering are often just given pills to numb their pain and told to go away.

“Often with treatments, it's about [the] numbing symptoms, which is the opposite of what we do in psychedelic therapy,” she said. “We help them go toward the pain, which is difficult. In Western culture, we are not taught how to deal with difficult emotions.”

Due to the severity of drug laws, health practitioners are reluctant to work outside the bounds of Western medicine, which has led to a seemingly solutionless addiction — and mental health — crisis. All of the medicines that could potentially help severely addicted people are Schedule I substances. 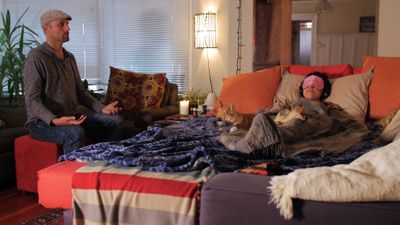 “The FDA says that there is no medical benefit to iboga,” Dr. Gabor Maté, renowned addiction expert, told MERRY JANE in an interview. “But when you look at a story like Adrianne's, you see how utterly ignorant that point of view is. The fact is that there's nothing in Western medicine that compares — period. The best that can be offered to people who are severely addicted is to give them another opiate.”

Furthermore, as highlighted through Adrianne’s experience, the relationship between drug laws and Western medicine has also created a dearth in research for alternative medicines. In a conversation with Rick Doblin, the founder of the Multidisciplinary Association for Psychedelic Studies (MAPS), he said that because psychedelics are in the public domain (meaning, available to the public and not subject to copyright), “there's been a lack of funding from the pharmaceutical industry, the federal government, and traditional foundations that support mental health research.”

The small amount of research that does exist has been funded by the psychedelic community, according to Doblin. Realistically, though, that’s not enough — and it won’t ever be enough. Not for people who are severely addicted. That’s why films like Dosed are imperative for people to consume: there are almost always alternative solutions to problems — we’re just not told about them. Documentaries like Dosed can fill that education gap. We all know someone, or of someone, who is suffering from opioid addiction — and the reality is that they have treatment and harm reduction options outside the confines of the West's flawed medical system.

“Not everyone's going to read academic journals,” Watts said. “That’s why films can play a really important part in this. They can show true stories about real people benefitting from psychedelics. Things can really change when people watch someone else’s experience.”

DRUGS
DOCUMENTARY
MAGIC MUSHROOMS
ADDICTION
MORE...
Mary Carreon
FOLLOW
Mary Carreon is an award-winning journalist from Southern California and the Associate Editor at MERRY JANE. She’s drawn to stories about cannabis and the environment, social equity, veterans, the history of weed in California, and the rise of psychedelics and plant medicine in the 21st century. You can find her bylines in KCRW, Billboard, DoubleBlind Magazine, Forbes, CA Leaf Magazine, Kitchen Toke Magazine, OC Weekly, (the OG) LA Weekly, High Times Magazine, and more. Mary loves green juice, coffee, and red wine equally — but not at the same time. When she’s not reporting, you can find her doing yoga to Ravi Shankar, or migrating towards the nearest venue playing the best music. Follow Mary on social media @maryyyprankster or visit her at marycarreon.com
Share this article with your friends!
AD
By using our site you agree to our use of cookies to deliver a better experience.
Accept
Decline
MORE FROM MERRY JANE