CULTURE
Ganja Guitars: Meet the Man Building Top-Shelf Instruments From Hemp
AD
Morris Beegle and Silver Mountain Hemp are shaking up the world of instruments and strengthening the ties between pot and playing music.
Published on April 1, 2019

Silver Mountain Hemp is a boutique musical instrument company specializing in guitars and guitar equipment. What sets it apart from the average axes found at Guitar Center is that each instrument is made from the sweet leaf that history’s most blazing fret wizards have preferred to puff.

The company is the brainchild of Morris Beegle, one of hemp’s most dynamic and energetic proponents. Silver Mountain Hemp falls under the grand, green umbrella of Beegle’s We Are For Better Alternatives (WAFBA) line of projects. The NoCo Hemp Expo, Hawaii Hemp Conference, and Tree Free Hemp — a revolutionary paper and printer business — are also under this umbrella.

Morris tuned up recently and talked to MERRY JANE about Silver Mountain, the connection between pot and playing guitar, and how hemp has arrived in the public mind (at last!) to save us all. MERRY JANE:  Your work as a hemp advocate is superhuman. What led you into the field?

I ended up going to Atlanta in ’87 and went to a place called the Music Business Institute, which is kind of an all-in-one trade school where they train you in copyright, management, audio-video — it’s just an all-around, well-rounded program there, and it led me to the music industry.

From there, I worked for a large music and video distributor for eight years and traveled a lot. My territory was California, Washington, and Hawaii.

Three of the pot capitals of the United States!

Absolutely! And, in keeping with that, I moved back to Colorado in ’95 and started a one-stop music production business. I did CD and DVD manufacturing, packaging, and printing, along with shirts, hats, and other apparel — plus concerts, artist management, and licensing. So, basically, I became a jack-of-all-trades, master of some.

Yeah, plus I had this incredible network of freelancers that I worked with. But back then it was all about CDs and DVDs — physical media — and then along comes the Internet and, bam — it all changed. Here comes Napster! Here comes MP3s! The whole digital wave just basically killed the physical media market. 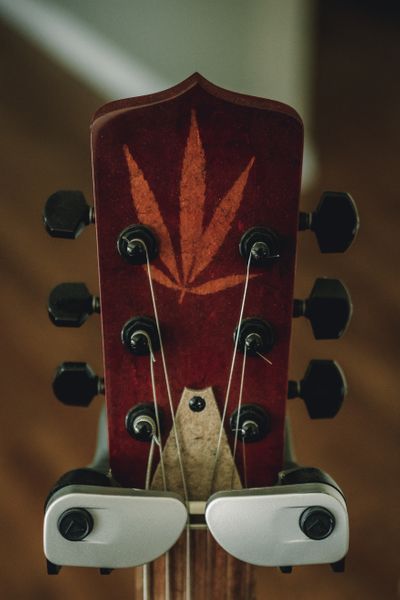 A whole new revolution. How did you roll with that?

There was Amendment 64 in Colorado in 2012, which had a hemp clause in there. I was familiar with hemp. I used to do some hemp shirts and hemp hats for some of my artists back in the late ’90s. Plus, I’ve always been a cannabis supporter. I’ve smoked for a long time!

So I thought, ‘Hey! I’m going to get into the hemp industry!’ I did some research and saw what people were doing with it in terms of apparel and food, so I started the Colorado Hemp Company.

We began with shirts, hats, and bags, and then started printing on hemp paper, doing posters and business cards and marketing collateral. Eventually, there was a need for hemp events.

And, finally, society was ready to allow for that. What took so long?

Well, there needed to be education. We needed to inform the public about this plant — like how, ‘This part of the plant is different from the high-THC side, and the medical and recreational side,’ and how you can do all these different things with it. I just spent 2012 to 2014 getting educated and educating others. 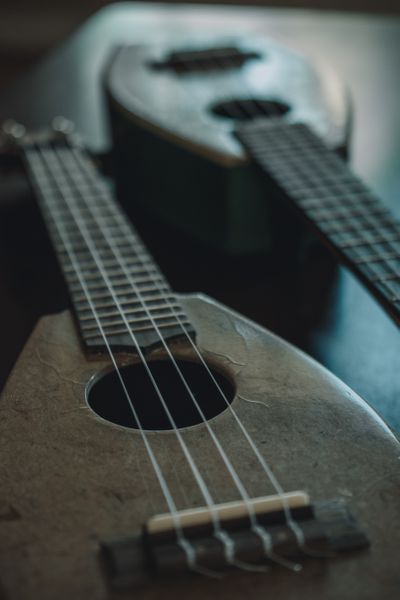 You certainly found your audience.

For me, it was like Hapi Skratch 2.0. Hapi Skratch was my old record company from 1995 to 2010, where we started with one thing and just kept expanding.

Eventually, I found a guitar company in Canada that was using hemp, and I thought, ‘I’d love to start my own line of hemp guitars!’ So everything has just kind of led to the next thing.

And that next thing is Silver Mountain Hemp guitars. How did that emerge from everything else you were doing?

Yeah. Well, there’s a synergy between the events and marketing and merchandise, and I figured, I come from the music industry, so why not get into musical instruments, as well?

I found somebody to make guitars for me, and I found a board company that can make hemp board. I can make guitar cabinets and put in Tone Tubby HempCone guitar speakers. Tone Tubby has been making HempCone speakers for around 20 years — Santana’s used them, and so have Warren Haynes and Jimmy Haring and the guys from Metallica. Then I found a guy I knew over in Poland who was making hemp guitar straps.

Plus, there’s various people doing hemp plastics here in the United States. The whole hemp plastics thing —it’s not there yet, it’s not commercialized yet, but it will be in three, five, ten years from now. We’re going to take all this technology that’s out there now, though, and fine-tune it.

For now, it’s more trial-and-error and prototypes and boutique stuff, but that’s what’s led to where we are today with my guitar line of Silver Mountain Hemp guitars. What is the inherent connection between playing guitar and smoking pot?

I would say when it comes to playing guitar — and really just with music, in general — there’s this connection with something else that’s just out there. It’s diving into that energy, that connection. I think that’s how it is with cannabis, and you could maybe say the same thing with psilocybin and hallucinogens and stuff like that. There’s that connection of our energy with that thing that’s creative and artistic and something beyond ourselves. It’s there with cannabis, and I think music is the same way. Finally, what does Silver Mountain Hemp have in common with your other endeavors such as the NoCo Hemp Expo and the WAFBA family of brands?

All of these projects share a single goal in mind: to change the world, in a positive way. The farming and agricultural part of what we do is huge when we look at climate change and our farm system, and I think hemp can lead the way.

Hemp can be the guide that comes out of the woodwork: this bastard stepchild of marijuana is suddenly out there in the spotlight now. So corn, soy, wheat, cotton, and all these shitty crops that are monoculture, GMO, and grown conventionally that are destroying our soil — they can all change.

With hemp, there’s now this crop that most people really want to grow organically. As a result, hemp can replenish the soil and really change the paradigm.

So it’s my hope that what we’re doing can really help give a voice to the regenerative agricultural movement and this other movement that truly needs to happen to transform our planet away from fossil fuels and petrochemicals and all the shit that we’ve been doing for the last hundred years. For more on Silver Mountain Hemp and their products, visit the company’s website here

INTERVIEW
MUSIC
COLORADO
HEMP
MORE...
Mike McPadden
FOLLOW
Mike McPadden is the author of "Heavy Metal Movies" and the upcoming "Last American Virgins." He writes about movies, music, and crime in Chicago. Twitter @mcbeardo
Share this article with your friends!
AD
By using our site you agree to our use of cookies to deliver a better experience.
Accept
Decline
MORE FROM MERRY JANE