CULTURE
"From Crook to Cook": The Top Dishes From Snoop Dogg’s New Cookbook
AD
The Doggfather’s fresh tome of dope cuisine drops on October 23rd, so don’t cheat yourself; treat yourself.
Published on October 22, 2018

Our man Snoop Dogg has his hands in everything: from rap, reggae, and gospel to movies, TV, and marijuana — but he’s also no stranger to the kitchen, whippin’ up mealtime faves for his family and friends on the reg. You already know this if you’ve caught him with Martha Stewart on VH1’s Emmy-nominated Martha and Snoop’s Potluck Dinner Party, but just like in every other part of his life, he’s a powerful solo act in haute cuisine (that’s “high cooking” in French, ya dig?), and now he’s dropping some serious culinary knowledge just in time for fall football munchies and holiday shindigs.

The Doggfather’s first cookbook, From Crook to Cook: Platinum Recipes from Tha Boss Dogg’s Kitchen, is packed with over 50 recipes straight from Snoop’s mind to your mouth, including his hot takes on OG staples like fried chicken wings, biscuits and gravy, and soft tacos, as well as fancy feasts for true players including filet mignon and lobster thermidor. From your three squares to dank desserts to killer cocktails, Chef Dogg has you covered, even sharing menus and playlists for perfect food-fueled get downs no matter the occasion. 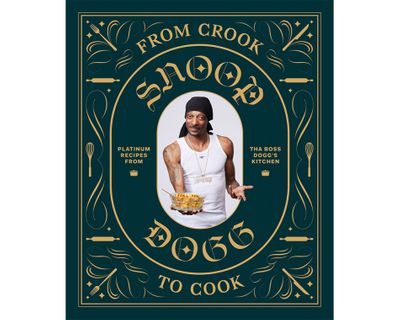 This groundbreaking guide to cooking like a boss drops on October 23rd, but your buds at MERRY JANE are here with an exclusive sneak peek of our favorite fare from Snoop. So take a break, maybe burn one to get your appetite going, and check out these dope dishes...

Keep It Real: Baby Got Back Ribs

Snoop: “Nuthin’ screams summertime in Cali like some rizibs on the grizill. But the weather where you stay might not be all California-fied. So I’ma show you how to get down backyard Boogie style in your own kitchen. Just remember to cook that shit slow, yo. And, oh yeah, white bread only!” 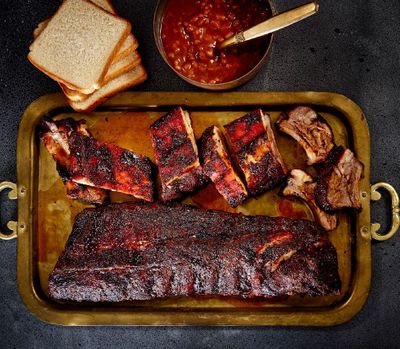 The High Life: Down Under Lobster Thermidor

Snoop: “First time I had this I was in Australia. We had a big tour and we were staying at the Versace Hotel, a seven-star place where everything is Versace: the glass, the floors, the ashtrays, the towels, the socks, the robes, the mirrors — everything is all Versace. It's one of those hotels where you know it ain't for everybody; you gotta be somebody.

So, we had ordered some regular room service but then the chef was telling me about something that I should try, Lobster Thermidor. And, I'm like, alright bring it on up. I’m telling you neffew, that shit was so good. When I got back to the States, I was trying to figure out where I could get it at. But when I found it here, it didn't taste like the one in Australia. So in true Boss Dogg fashion, I did it myself and added my own flavor to give it the taste that I was looking for. And after I tried it a few times, I mastered the plan, and it became one of my biggest and best dishes. From me to you...enjoy!" 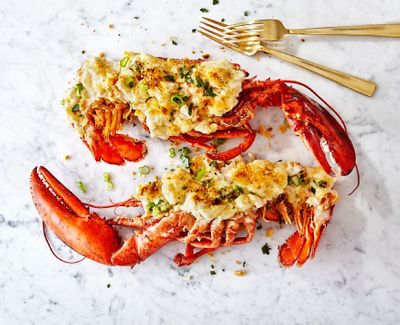 Snoop: “My greatest recipe is Bow Wow Brownies. The key is to make sure they're nicely baked. If I really want to take it up a notch, I might even add a dash of my secret ingredient — a sprinkle of Snoop's herbs and spices really gives those things a kick. They'll come out the oven smelling real aromatic, and a couple bites will leave you feeling like you're on cloud nine. So what the hell you waiting on? Go get baked!” Get Twisted: Remix Gin and Juice

Snoop: “After 25 years of mixing that Tanqueray with the OJ, it was time to put a fresh twist on the classic. We still add a splash of juice, only now we hit it with that pineapple to give the whole thang a tropical vibe. To get extra lit, we top it all off with some of that Cîroc vodka. Bingo — Gin and Juice 2.0.” 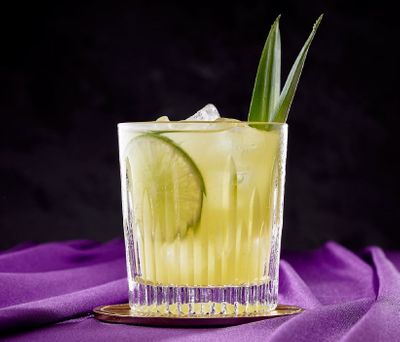 Well, we’re hungry and thirsty now. If Snoop’s masterful meals gave you the munchies, too, you can pre-order the whole damn book here, or catch it at your favorite bookseller on October 23rd. Stay fed and stay up! 420
MUSIC
RECIPE
FOOD
MORE...
MERRY JANE Staff
FOLLOW
MERRY JANE is based in Los Angeles, California and is dedicated to elevating the discussion around cannabis culture.
Share this article with your friends!
AD
By using our site you agree to our use of cookies to deliver a better experience.
Accept
Decline
MORE FROM MERRY JANE