CULTURE
Former Ravens Star Eugene Monroe on How the NFL Could Destigmatize Cannabis
AD
“Prohibition has been used as a tool to target African Americans and other minorities,” says Monroe. “The NFL’s policy on cannabis is just another extension of those laws that needs to be eradicated.”
Published on January 13, 2020

Picked eighth overall in the 2009 draft, the 6’5, 300-lb offensive lineman was the first active NFL player to ask the league to consider the benefits of medical cannabis in March 2016. The following June, he’d planned to file pro football’s first-ever medical exemption for marijuana, but the day before his agent could send the paperwork, the Baltimore Ravens cut him. The team’s official reason was “unreliability” due to injuries, but many speculate his advocacy for the plant was a factor.

Monroe fielded offers from other teams, but ultimately decided to listen to his body and retire at 29 due to injury concerns. In the last two years, the early retirement model was followed (slightly more controversially) by other NFL pros like Andrew Luck and Rob Gronkowski, who left football at the same age.

He has something in common with the latter — both are former football stars who are now active in the cannabis industry. Gronk made headlines recently for smashing a Lego bust of Steve Harvey, and stating that he’ll return to the NFL if the league officially allows players to use CBD. But Monroe prefers a different approach for talking about the plant.

He doesn’t shy away from self-promotion, but he likes the behind-the-scenes stuff, too. A self-labeled “nerd” who’s into anime and Call of Duty, Monroe obtained a degree in Sociology from the University of Virginia before entering the NFL. On the phone, he speaks with an easy confidence about complex, nuanced cannabis issues that many lawmakers don’t even understand.

Monroe’s involvement in the industry goes far beyond the role of a typical athlete spokesperson. He is a partner and diversity consultant with Green Thumb Industries (GTI), an Illinois-based cannabis consumer packaged goods company and one of the nation’s largest cannabis manufacturers. He serves on the board of Doctors for Cannabis Regulation, a national association of physicians advocating for the end of cannabis prohibition. The former NFL pro also regularly contributes time and money to cannabis advocacy organizations like the Drug Policy Alliance and Students for Sensible Drug Policy.

MERRY JANE caught up with Eugene Monroe by phone to talk about drug testing in pro sports, how cannabis could be used to address racial equity, and his thoughts on the many, many athletes who’ve recently jumped on the CBD bandwagon.

MERRY JANE: Thanks so much for doing this Eugene! The MLB announced last month that it would no longer test players for cannabis. What’s your take on this news?

Eugene Monroe: MLB players really haven’t been punished for cannabis like NBA and NFL athletes. It’s basically been their policy already; now it’s just in an official capacity. It’s good to see one of the big professional sports leagues making that change definitively… it’s a sign that it’s acceptable in pro sports. It’s about time the NFL and NBA — who do test and punish their players [for cannabis] — make that change, as well.

It’s so interesting how different sports leagues are in their approach to cannabis. The NHL has a counseling-based drug policy. If a player tests for high levels of a “drug of abuse” — including THC — they are referred to a substance abuse program. Tom Brady and Jerry Jones recently implied that the NFL’s policy could change — do you see a similar drug counseling policy as the league’s first step to cannabis acceptance?

I don’t think that’s a model that needs to be adopted. What does a player need to seek counseling for if they decide to choose a healthier medicine? If anything, they need to follow the MLB’s example… there’s no point in creating some sham system where you have a player who’s just trying to play better, but you’ve got him in there preaching that it’s wrong. We know that it’s not. Let’s be adults and move past these ancient ways of handling these policies.

Since Kaepernick’s protest, it seems like sports and race relations are more entwined than ever. What role do you see cannabis playing in terms of social justice in pro sports?

Eliminating the stigma that our black athletes are these evil people who are disobeying the rules. We need to change that narrative. The enforcement of those policies seems to be skewed one way, because we know cannabis usage is similar across all populations and demographics. Both of those sports [NFL and NBA] are dominated by African-American athletes, and those leagues are also the ones upholding harsh penalties.

Things need to change. You talk about social justice? This is a social justice issue within the NFL as it continues to punish players, African American players in particular, for using a substance that other professional sports organizations are now removing from their banned substances list.

It seems like you’re implying that not only could the NFL allowing cannabis destigmatize its use among athletes, but among the black population in general.

Yeah. We know through the prohibition of cannabis how it’s been used as a tool to target African Americans and other minorities specifically. The NFL’s policy [on cannabis] is just another extension of those laws that needs to be eradicated.

I think the biggest change will happen when we see a white quarterback, one who is the face of a franchise, speak out about it… Then, I think people will start to look at it very differently. Right now, you really just see the black athletes who are usually tied to cannabis in a negative way. It’s no mystery that those [white NFL players using cannabis] are out there, too.

Speaking of cannabis in sports, did you hear about Dion Waiters of the Miami Heat and what happened with him eating edibles on a plane?

I did. That’s one of those things where dosing and access to tested cannabis becomes an issue. We don’t know what happened there or why edibles were taken… I think there’s no problem with an athlete taking edibles, but we don’t know if he was irresponsible with it, if he took edibles that he thought were a certain dosage, etc. I don’t know a lot of details about the situation, but just hearing it, if he had an episode because he had too much, well let’s treat and evaluate the guy and ensure that he’s OK. Let’s not demonize him.

Can we talk about CBD? It’s become a very popular aspect of the cannabis industry, and we’ve seen, in particular, many retired football players partner with these companies — Rob Gronkowski, Jake Plummer, etc. What’s your take?

What you’re seeing now is a lot of CBD companies that need to increase their brand’s namesake. There are a lot of athletes who are also perfectly suited for that…these CBD companies need to get their brands promoted. They believe that the face of an athlete can be drivers of the story of cannabis as it becomes legalized.

At the same time, it’s an opportunity for retired football players to be put back to work. I don’t know how their deals work out… some of them might be paid, they might have equity, but there are also some athletes who have started businesses of their own in the CBD business. So for the ease of entry into the market itself, CBD is pretty hot right now [for athletes]. I personally tend to operate more on the business side than the spokesman side, but it’s just a different approach. 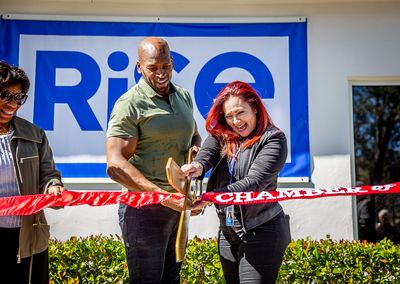 Do you see the NFL or the federal government moving on cannabis acceptance first?

It just depends on what happens behind closed doors and what people are able to direct lawmakers into believing. A lot of them don’t have a great understanding of cannabis and the safety of it. We’ve had movement in the House towards legalization… but we know the Senate might think differently. That said, I think Mitch McConnell is an interesting player in terms of his involvement in hemp.

You know what, I’m really feeling a Ravens-49ers rematch. I’ve been watching a lot of football, and it’s hard not to watch the Ravens because that’s my squad. I’m excited to turn on their games every week.

Not even just him…the support he is getting from everyone around him, and you can tell everyone is believing in him and each other. They’re playing for each other right now and they are having fun. You can see it as they celebrate. It’s been amazing to watch.

[Editor’s Note: The day before this article was published, the Ravens lost to the Tennessee Titans 28-12 in the NFL’s Divisional Playoffs. Sorry, Eugene!] 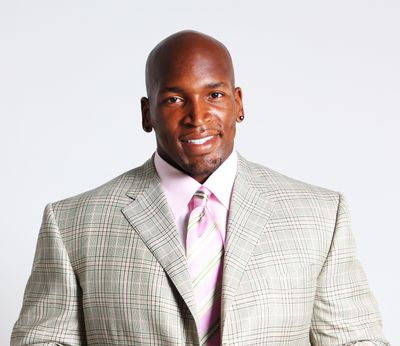 CBD
SPORTS
INTERVIEW
PROHIBITION
MORE...
IN THIS STORY
CBD
Click to shop at our CBD store
Raj Chander
FOLLOW
Raj is an entrepreneur and cannabis policy reporter based in Washington, D.C. His coverage of social justice and equity in the industry has appeared in Leafly and Marijuana Moment.
Share this article with your friends!
AD
By using our site you agree to our use of cookies to deliver a better experience.
Accept
Decline
MORE FROM MERRY JANE