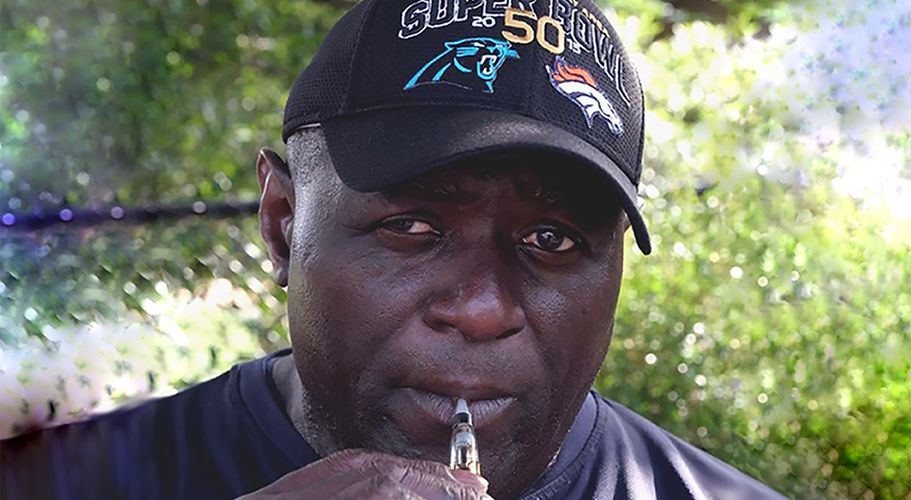 The onetime defensive end plans to go into the CBD business, speaks out against opioid use.

The onetime defensive end plans to go into the CBD business, speaks out against opioid use.

Linesman is one of the most grueling and physically taxing positions in the National Football League. The negative mental and physical effects of the constant hard-hitting impact are starting to come to light, as is widespread use of opioids, which players take to help nullify the pain of their chronic injuries.

Former New York Giants defensive end Leonard Marshall can attest to this abuse of opioids in the NFL, and is one of the football players that have come out to advocate cannabis use in order to curb opioid abuse. Marshall, a two-time Super Bowl winner, is third on the Giants’ all-time sacks list and wants the NFL to fund research of cannabis as a neuroprotectant that can prevent or minimize traumatic brain injuries. Marshall is one of the few players, including as Tennessee Titans linebacker Derrick Morgan and the recently retired Eugene Monroe, stepping up to speak in favor of cannabis use as a replacement for painkillers.

“It’s very simple for me,” Marshall told the NY Daily News. “Opioids have killed hundreds of thousands of people. I’ve never seen that plant kill anyone.”

Not only is the former Giant a family man, a youth football coach, and an advocate for cannabis use, he’s also looking to become a marijuana entrepreneur. Marshall recently partnered with the local Home Towne Rx, a Bergen County-based pharmacy chain that is poised to become a cannabis leader once legalization approaches New Jersey’s borders.

Marshall’s preferred method to intake is through the mellow form of CBDs (cannabidiol), which helps him fight his recurring headaches sustained from injuries during his NFL career. CBDs allow the former football player to reap the pain-relieving benefits of cannabis without the mind-altering side of it. Prior to using CBD oil, which he obtains from the Miami-based company Miracle Smoke, Marshall experienced constant headaches—despite using other prescribed drugs.

Marshall claims that he never used marijuana recreationally while he was growing up or in the NFL, but he’s now one of the few voices for cannabis advocacy in a league that often distributes harsh punishments to players who smoke marijuana. As Marshall and Home Towne Rx await for the FDA and state of New Jersey to loosen up their laws, the NFL is also receiving mounting pressure to look at cannabis in a positive light.