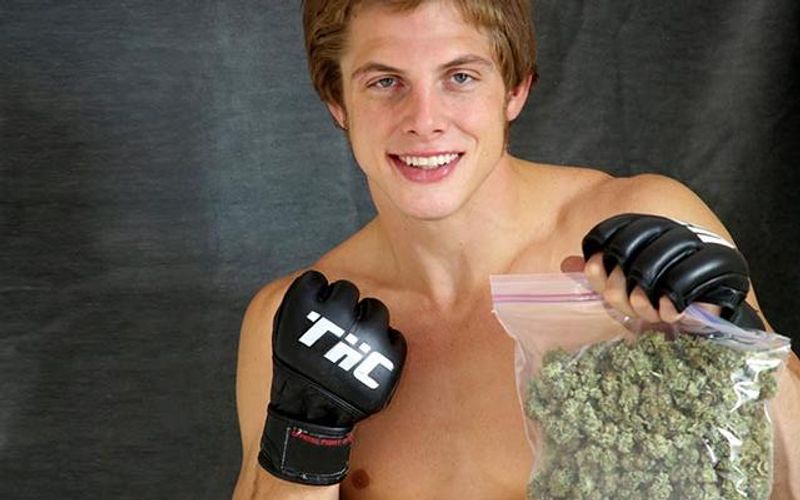 Major players of this sport have admitted to using and loving cannabis.

Major players of this sport have admitted to using and loving cannabis.

Diaz is a former WEC and Strikeforce welterweight champion that is by far the most vocal fighter in all of MMA when it comes to marijuana use. This has helped him become a polarizing figure in the sport and feel the wrath of the Nevada State Athletic Commission.

Diaz has tested positive in Nevada following bouts in 2007, 2012 and 2015. The third instance was shrouded in controversy and resulted in a five-year suspension for Diaz that is currently in the process of being reduced.

The former undisputed heavyweight champion of the world admitted in a recent memoir that he was under the influence of drugs, including marijuana, during several of his bouts and that he was a marijuana smoker throughout his career.

Tyson was fined $200,000 after testing positive for marijuana following a win over Andrew Golota in 2000, something Tyson blames on being tested before he had a chance to get his “whizzer” from a member of his ring team.

Warren is a champion Greco-Roman wrestler and MMA fighter currently holding a career record of 13-4. He has also been one of the most entertaining fighters in the sport throughout his career. Warren also had a championship-filled run in Greco-Roman wrestling that nearly resulted in an Olympic spot, had it not been for a suspension for testing positive for marijuana twice.

The former Bellator Bantamweight and Featherweight champion also has a medical marijuana prescription in two states to treat major depression, according to ESPN.

Riddle is a licensed medical marijuana patient in Nevada and went 8-3 with 2 no contests in a six-year MMA career that was spent almost entirely in UFC. His two no contests were wins that were overturned after Riddle tested positive for marijuana following the bouts.

Riddle didn't hold back when he was released by UFC following the second positive test:

“It is what it is I've failed two drug tests in seven months. There's not much I can do I was prescribed my medicine and I'm going to take it. I got fired over taking my medicine because I don't want to take pharmaceutical drugs or testosterone. This is what works for me, it's just s****y, but it is what it is.

“It (Marijuana) doesn't just help me sleep, it relaxes me. It also takes care of my aches and pains. I've had four surgeries since I joined the UFC and I had knee surgery before I signed with them. Even taking ibuprofen makes me sick, I get nauseous and it hurts my stomach. I can't even handle anything stronger than that, I'm not allergic to it, I just can't stomach it.”

Fitch has been one of the better welterweights in all of MMA over the last eight years and finds his way into the title picture no matter where he fights. Fitch is also a medical marijuana patient.

In 2011, Fitch received prescription pills following a surgery, but “the medication that was supposed to dull his pain instead left him feeling dehydrated and stiff and generally horrible.” So, Fitch applied for a medical marijuana prescription in California. The experience and results were so positive for Fitch that he has begun to take the activist route when it comes to marijuana legalization.