CULTURE
Drop Into MERRY JANE’s IG Livestream Skate Sesh and Snag Yourself Some Swag
AD
MERRY JANE and Absolute Extracts will be live streaming a skate sesh on May 14th, featuring shredders Eunice Chang and Erin Wolfkiel. Here’s how to tune in, toke up, and win some prizes we’ll be giving out during the "MERRY TIME" stream.
Published on May 13, 2020

With live streams, there are no cuts, no edits, no do-overs. What you see is what you get, in real-time.

In keeping with skate culture’s contributions to the cannabis movement, this Thursday at 4:20pm PST, MERRY JANE and Absolute Extracts will drop our first-ever live streamed skate sesh on Instagram, "MERRY TIME," starring our staff’s two top-notch skaters — Eunice Chang (@notcheetos) and Erin Wolfkiel (@erinwolfkilla). The two will face off in a game of “SKATE” (the board equivalent of “HORSE”) while shooting the shit and smoking some weed, courtesy of our sponsor.

During the livestream, three winners will be selected from the Instagram audience to snag some heady MERRY JANE swag (not schwag), including a hoodie, joggers, and a sweatshirt. To enter for the prizes, simply leave a funny, inspiring, or insightful comment while watching the stream. Eunice and Erin will announce three winners at the end of the hour-long face-off. 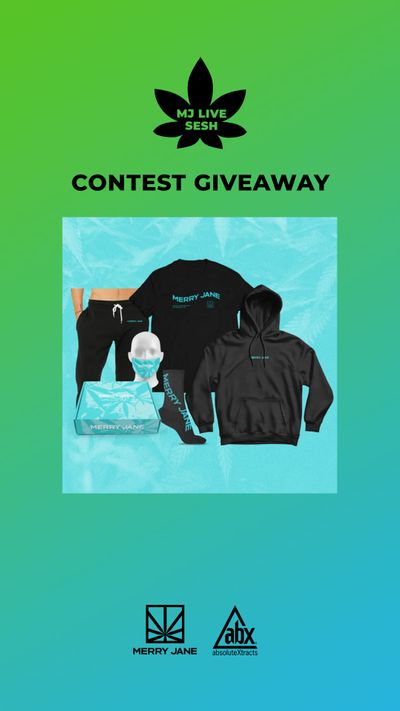 For those of you not in the know, “SKATE” is a skateboarding game based on the basketball game HORSE. It starts off with a player attempting a trick on their board. If they land it, the other player must perform the same trick and get it right on the first try. If the other player doesn’t land the trick, they get a letter corresponding to the word “S-K-A-T-E,” and the opponent gets a point. Any player to fail five tricks and receive a full “SKATE” gets eliminated from the game.

Although the skate sesh will be filmed live from the streets of LA, MERRY JANE will be observing social distancing. Right now, LA’s skateparks are closed, so skaters can’t go out and shred with their crew like they used to. But it’s still important to get exercise and hang out with your homies! The livestream will stick to parking lots and other safer alternatives to skate parks, while steering clear of potential busts. 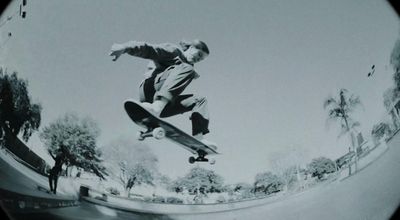 The skate sesh is just the first of a series of new "MERRY TIME" livestreams coming to your Instagram feed. Stay tuned for another episode on May, 21st, where artist Brian Blomerth (@pupsintrouble) will illustrate a wild, new image. And we’ll keep you posted on other upcoming livestream series we’ll be premiering in the very near future.

SPORTS
EVENT
WATCH THIS
CULTURE
MORE...
MERRY JANE Staff
FOLLOW
MERRY JANE is based in Los Angeles, California and is dedicated to elevating the discussion around cannabis culture.
Share this article with your friends!
AD
By using our site you agree to our use of cookies to deliver a better experience.
Accept
Decline
MORE FROM MERRY JANE