CULTURE
Does Yoda Vape? A Guide to How Each Star Wars MVP Consumes Weed
AD
We’ve never seen anyone in the Star Wars universe get stoned, but we can probably guess their favorite consumption method based on personality alone.
Published on May 3, 2019

May the Fourth be with you, young padawans! To commemorate the unofficially official Star Wars holiday of May 4, we asked ourselves: How would our fave Star Wars characters prefer to get lit?

Although marijuana doesn’t make any explicit appearances in the Star Wars universe, some of its heroes and villains enjoy kicking back by smoking something called “Death Sticks.” Death Sticks are rolled-up herbal cigarettes known for causing mild hallucinations. Sound familiar?

Regardless, let’s take this question deep into a galaxy of wild speculation far, far away….

Throughout the years, Leia Skywalker went from a princess-in-distress to a badass general who didn’t take any shit, even from upstart punks like Poe Dameron. (Bring on the hate-mail, fanboys!) The only device that could match her strategic wit and tougher-than-nails durability is the JET Water Pipe, which doesn’t just deliver heady amounts of cool smoke to the brain, it’s practically indestructible, too.

Ah... Lando Calrissian, Star Wars’ penultimate gambling, conniving peacock. Always stylish, ever avant-garde, he would wouldn’t be caught dead taking hits from anything but a lavish gem-encrusted vape pen. Some of these ornate luxury devices can fetch upwards of $150,000, which would certainly sync with Lando’s flamboyant sensibilities and smuggler swagger. 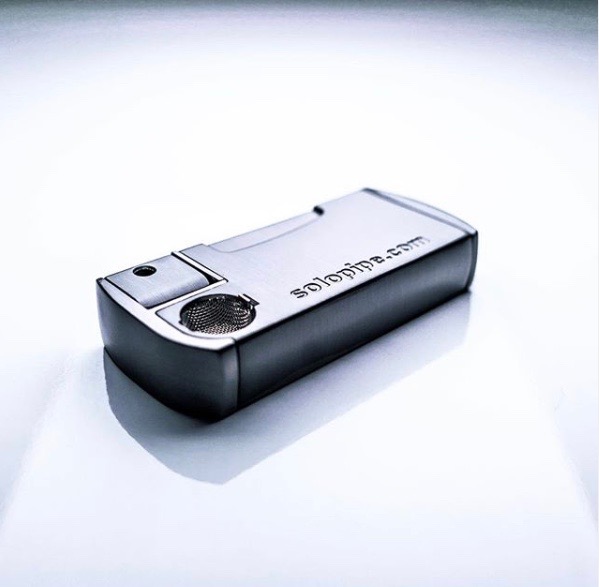 Of course, the perpetually-vain-yet-eternally-pragmatic Han Solo would blaze his buds with the Solopipe, the only smoking accoutrement that bears his namesake. The Solopipe is small enough to fit a blaster’s barrel, and it self-ignites — making it the perfect weed-smoking device for a self-sufficient man who would never, ever ask another soul for a light.

Did you know that George Lucas came up with the name for Chewbacca’s race, the Wookies, while stoned AF with one of his crew members? That’s the story, anyway. And given Chewie’s gnarly canines, he’d probably best get his weed through a cannabis chew. (Also, RIP Peter Mayhew, the man that played Chewbacca, who passed away earlier this week. May the Force forever be with you, homie.)

Everyone’s favorite Force-flashing heroes possess the skills to light the tiniest twig-joint on the edge of a lightsaber. Of course, using the sacred beam-swords for such selfish pursuits would be frowned upon by the Jedi Council. To flex their cheeba chops, best to stay safe with the Laser Bong, which, like a lightsaber, uses a stream of uber-hot plasma to torch through, well, just about anything.

Why doesn’t Luke get his very own Laser Bong, too? Because Luke is Star Wars’ biggest crybaby. So he gets CBD eye drops to help him saturate those precious tears with some weed. To get some, he’d need to hit up the ocularly-endowed Maz Kanata. Y’know, assuming Luke was still alive. (Spoiler alert!)

Darth Maul blew Star Wars fans out of their seats at warp speed when he unveiled his double-bladed lightsaber in 1999’s The Phantom Menace. Naturally, the Sith Lord would put his trademark weapon to good use with a double-bowled bong, because why only kill one bowl (or Jedi) when you could kill two at the same time? 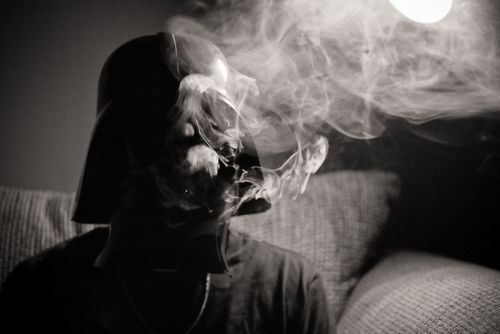 Even if you’ve been ghost-facing cloud-nines all day, you had to see this one coming. Part of Darth Vader’s nightmarish appeal was the ominous hiss that rushed out of his polished black mask. He first dawned the ebony helm shortly after getting his heinous hiney handed to him by Obi-Wan, so breathing problems would likely, ahem, force him to get his toke-on through the mask, as well.

And let’s be honest here: given that Kylo Ren stans his granddaddy to a homicidal degree, the new trilogy’s Big Bad is gonna get ripped through a hypertech gas mask, too. 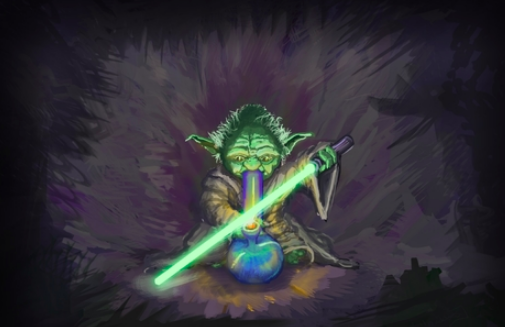 Yoda always appears on screen half-lidded, which leads us to believe he’s buzzin’ 24/7. The only way to reliably pull that off would be with edibles. When Yoda told Luke in The Empire Strikes Back, “Eat, eat. Hot. Good food, hm? Good, hmm?” we’d like to think the lil’ green elder was pushing his homegrown, homemade brownies on the young Jedi.

Perhaps the most hated figure in Star Wars (next to Jar Jar, of course), The Emperor always saves his most dangerous tricks for last. Although The Emperor’s latest iterations show him dual-wielding lightsabers while effortlessly performing somersaults off people’s faces, his most infamous ace-up-the-sleeve is the lightning blast he whips from his crooked fingertips. So what better way to channel the Darkside of the Force than through the Spark Plug Pipe? This doozy is made from a real spark plug, and it disassembles like any spark plug as well, making it extremely easy to scrape out some month-old resin for a Round-Two coughfest. (Maybe that’s where Palpatine gets the raspy voice…)

420
EDIBLES
CELEBRITIES
HUMOR
MORE...
IN THIS STORY
CBD
Click to shop at our CBD store
Randy Robinson
FOLLOW
Based in Denver, Randy studied cannabinoid science while getting a degree in molecular biology at the University of Colorado. When not writing about cannabis, science, politics, or LGBT issues, they can be found exploring nature somewhere in the Rocky Mountains. Catch Randy on Twitter and Instagram @randieseljay
Share this article with your friends!
AD
By using our site you agree to our use of cookies to deliver a better experience.
Accept
Decline
MORE FROM MERRY JANE