CULTURE
Could the Future of Canadian Cannabis Be Indigenous?
AD
Canada's legal cannabis industry is still in its early stages, and the country’s Indigenous communities are looking at the nascent market both skeptically and as an opportunity to prosper.
Published on March 25, 2019

A new consortium of cannabis businesses is hoping to bring the country’s Indigenous ganjapreneurs together, with the goal of building the brand of Indigenous cannabis as a major player in the Canadian and global markets.

“We need to consolidate in a consistent fashion that’s going to allow for everyone to be able to be part of the whole supply chain,” Roland Bellerose, director of the consortium, told MERRY JANE at the conference. “The Indigenous community across the country is huge, and each one’s going to set their own desires and aspirations about what they want to do.”

The finer details of the consortium’s plans have not been decided yet, as it builds its membership. Whether it means selling products under a formalized brand — roughly similar to California’s True Humboldt brand, a collective comprised of 200 farmers — or something more loosely-organized remains to be seen.

While Bellerose said it’s “impossible to answer” what the consortium will look like when it matures, he offered a thought experiment: “Imagine you’ve got a poster, and you’ve got 100 different brands on it, and they’re all Indigenous,” he said. “We’re not here to say there’s only going to be one brand.” Rather, Bellerose envisions something more like an umbrella association. He said it might hypothetically work as a branding that identifies that “it’s an Indigenous brand, and here’s all of the standards and certifications of the brands within the brand.”

Bellerose said that this kind of organization is entirely new in Canada, and there are none that he is aware of in the United States that focus specifically on Indigenous communities. “Maybe we’re trendsetters, maybe we’re going to set up a new model,” he said. “It’s still very, very much in its infancy.”

If it’s successful attracting participants — and it already has the support of some of the bigger names in the Indigeous community such as former Ontario regional chief Isadore Day, who is now the CEO of  Bimaadzwin, an Indigenous economic development organization, as well as Seven Leaf, the country’s first Indigenous-owned licensed cannabis producer — the consortium could establish itself as a major player in the Canadian cannabis in both industry and political terms.

It’s still the early stages of Canada’s legalized cannabis industry, and the country’s Indigenous people are looking at the nascent market both skeptically and as an opportunity to prosper. So often in Canada, conversations about resources and agriculture have been fraught for Indigenous populations — made so by government policy that has historically been designed to separate the land needed for such agricultural pursuits and the Indigenous peoples living on it. This lingering historical memory looms over the issue of how Indigenous communities should respond to cannabis legalization. 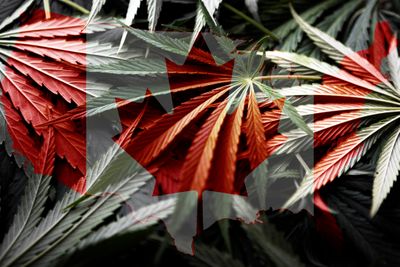 Early in 2018, while the Cannabis Act was working its way through the Senate, the Senate Committee on Aboriginal Peoples pushed to have legalization delayed for up to a year, citing the “lack of meaningful consultation” with Indigenous peoples.

“There was an alarming lack of consultation, particularly given this government’s stated intentions of developing a new relationship with Indigenous people,” reads the committee’s final report. In addition to asking the government to delay legalization for another year, they also asked that the government set aside 20 percent of cannabis production licenses for Indigenous operators. The government ultimately chose not to follow either of those two recommendations.

Those disagreements are not just between Indigenous peoples and the federal government, but also within Indigenous communities themselves. At the end of February, a protest turned violent outside a Mohawk police station in Akwesasne, Ontario, after tribal police raided a cannabis dispensary. The band council (an elected council that was granted authority by the federal government as part of the Indian Act in 1867, and which some Indigenous communities view as a colonial body) had not issued a license to the Wild Flower Cannabis Dispensary. But the Onkwehonweh Neha Kanonhseshne, also known as the Indian Way Longhouse, which represents the traditional form of governance that existed prior to colonization, had issued a license. Conveniently, they also owned that particular dispensary. After tribal police raided the dispensary, protests over jurisdiction and who authorized the raids turned violent (some protestors reportedly accused the band council of political motivations), and a police SUV was set on fire, according to local news reports.

There are many who want to see an Indigenous cannabis industry set up outside the reach of the Canadian government, and instead organized around traditional Indigenous production methods and self-governance. Some communities have flouted the government’s laws entirely, betting that the government will leave them alone. Last year, Jamie Kunkel, who owns a dispensary in  Tyendinaga, a Mohawk territory east of Toronto, told me (in a story for NOW Magazine) that he wasn’t concerned with conforming with federal legalization, because in his interpretation, federal laws don’t apply on reserves. That sentiment was on display at the conference, when one woman who spoke, identifying herself in the Dene language as a clan mother, stepped up to the microphone and launched into a criticism of a panel comprised of government cannabis policy staff.

“Our plants cannot be controlled. Our plants grow out on the land… I hear a lot of talk about making money. in my language we were taught that we cannot profit from our medicines,” she told the panelists. “I’m here to remind the people that the plant you are talking about and want to legislate is our medicine, it is healing people. How are you going to heal our people with policies you are going to create that are barriers to our medicine? It’s almost like our plants are being put on the stock market.”

As she left the microphone, the room launched into a loud and sustained applause. 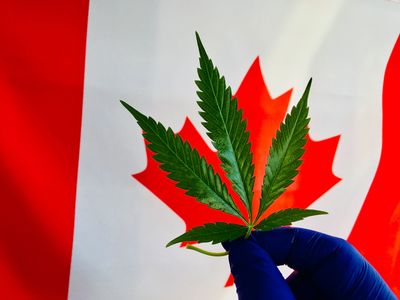 But at the same time, Indigenous communities and their leadership see cannabis as a massive opportunity. They see a chance to get in on the ground floor of an industry which could be a financial golden ticket for communities that want revenues and a measure of independence from government support. For some, legalized cannabis offers a chance to support their communities with sustainable economies based around a plant that has long been used as medicine. Others see a chance to set up a parallel cannabis industry, distinct from the federal government’s system. And others still see cannabis as a new front on which to exert Indigenous sovereignty.

Within that jurisdictional issue exists a space where Indigenous economic interests can be advanced alongside the interests of the Canadian state.

“I think the more important question that Canada faces, which we’ve heard everywhere in this country, is the jurisdictional issue,” said Bellerose. “But as an entrepreneur and on economic development, jurisdiction isn’t going to stop us from being able to move forward on many, many fronts.”

That conversation does not exist within a vacuum: the backdrop to the issue of jurisdiction over cannabis is the wider issue of sovereignty and nation-to-nation relations. It’s been a big talking point for the same Liberal government that brought about legalization, although they have regularly come under fire for not living up to those talking points.

Some Indigenous leaders see cannabis as yet another front in a battle for sovereignty and rights in Canada. “When I think about cannabis, and economic development, and all the opportunities that it can bring to our communities, it makes me think of our chance to dream,” said Cherie Brant, a Mohawk and Ojibway lawyer, moderating a panel. “It’s going to start with a process. It has to begin with a process.”

“We are at a crossroads in terms of our historical existence here on Turtle Island,  more specifically in Canada,“ said Grand Chief Joseph Tokwiro Norton, of the Mohawk Council of Kahnawake. “We have to take back our lives and we have to fight to continue to know our culture, our languages. I’m saying this because it’s a backdrop to what we need to do now and into the future… It’s all part of our resurgence, if you will, to continue to be who we are — very distinct, very knowledgeable.”

Cannabis fits into that discussion largely as a path to economic prosperity that would support reserve communities.

“We have to be our providers,” said Norton. “We have to really take advantage of whatever comes along, and if one of those areas is hemp and cannabis, then that’s what we do.”

WORLD
LEGALIZATION
CANADA
CANNABIS CONSUMPTION
MORE...
Kieran Delamont
FOLLOW
Kieran Delamont is a writer in Ottawa, Ontario, who writes about cannabis culture, politics and industry, and has appeared in Vice News, The Outline, Now Magazine, and others. You can follow him on twitter at twitter.com/k_delamont.
Share this article with your friends!
AD
By using our site you agree to our use of cookies to deliver a better experience.
Accept
Decline
MORE FROM MERRY JANE