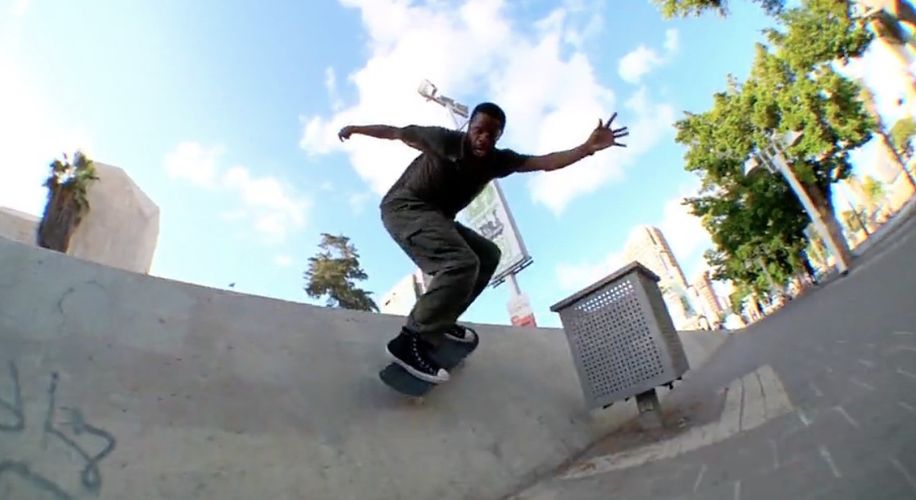 The Converse Team Skates Israel in “At Yafa”

In the world of professional skateboarding there’s really nothing like an international group trip to get the cultural, spiritual, and physical juices flowing. The naturally adaptive sub-culture still thrives heavily on diffusion and location to conjure up its magic.

So when Cons sends riders like Brian Delatorre, Al Davis, Louie Lopez, Mike Anderson, Aaron Herrington, and Dolan Stearns to the holy land of Israel, you know there’s going to be some divinely inspired shredding.

Enter “At Yafa,” the amazing 11-minute result of the aforementioned crew’s trip and tricks as filmed by Ben Chadourne and produced by Russ Pope and Lee Burman. The piece features gorgeous cinematography, candid b-roll, and poetic 8mm clips that beautifully complement the squad’s dynamic and aggressive street, rail, and transitional skateboarding skills.

You’ll likely feel the wind and water of the beautiful landscape just as much as the adrenaline of watching the riders pop up and throw down. There’s an incredible balance of skating and romanticism that keeps you glued for the entire duration. One minute you’re watching Al Davis switch bomb an Israeli hill and almost run into a car, and the next you’re catching Super 8 film of him getting kissed by a love-struck local.