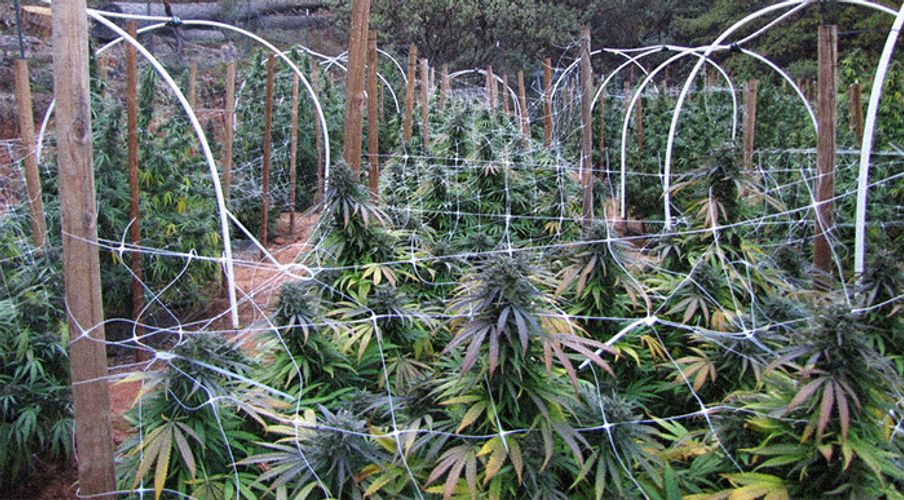 Take a closer look at the County Board of Supervisors vote to decide the fate of almost 1,000 registered grows.

Take a closer look at the County Board of Supervisors vote to decide the fate of almost 1,000 registered grows.

The Calaveras County Board of Supervisors will meet on Tuesday to decide the fate of commercial and personal cannabis cultivation in the county. Specifically, it will decide to either immediately adopt a ban measure which recently gained enough support for a vote, or it will choose to let the ban go to a special election in the spring.

The growers of Calaveras County experienced a victory last year when the board enacted an urgency ordinance rather than opting for a ban. Under the ordinance, 740 commercial cannabis growers applied for county permits. The county collected $5,000 per registration—almost $4 million in total—but only a small fraction of those registrants have been inspected since July. The rural county’s attempt to regulate cultivation set it apart from the numerous counties across the state that banned or severely limited cultivation after MMRSA.

The momentum in Calaveras was lost in November, when the traditionally conservative county voted against a measure that would install a permanent cannabis ordinance. Despite the fact that the permanent ordinance did not pass, voters were in favor of taxing growers, seemingly without understanding that in order to collect taxes from growers, growers have to be allowed to grow. That will also be the case when it comes to state funding if Calaveras votes for a ban, since the Adult Use of Marijuana Act (AUMA) states that counties with bans in place will not receive any of the additional funding from the state’s cannabis tax revenue.

The ban initiative in Calaveras is led by a small but vocal group, and is spearheaded by Bill McManus. The proposed ban goes beyond commercial cultivation; it also includes limiting personal adult cultivation to a maximum of three plants, which is stricter than the new state rule under AUMA, which allows adults up to six plants for recreational use.

McManus heads the Committee to Ban Commercial Cultivation, and it is McManus who put in countless hours collecting signatures for the ban petition by attending county meetings and signing people up outside of grocery stores. After failing their initial attempt at collecting valid signatures for a ban last year, McManus and the committee finally found success in the new year.

There is a cultural disconnect between the younger grower community and the older, more conservative community that is helping to fuel the ban initiative. Cannabis complaints in the county often center around worries like the presence of pit bulls, accessibility to children, and reckless driving on rural dirt roads—all of which represent the feeling that the newcomers do not understand how things are done in Calaveras.

In spite of its conservative constituency, the urgency ordinance in place now is one of the more progressive local cannabis cultivation policies in the state. Last year, the board of supervisors passed the urgency ordinance as a way to freeze the “green rush” of cannabis growers coming into the county for cheap land after the devastating Butte Fire. There is a worry among longtime Calaveras residents that too much of the current grower population is not from Calaveras.

The board of supervisors that runs Calaveras County is made up of representatives from five districts. Four of the five supervisors who installed the urgency ordinance last spring are not on the new board this year: One was recalled and lost, one lost reelection, and the remaining two did not seek reelection. The one returning supervisor has been critical of regulation from the start, and was the sole dissenting vote against last year’s urgency ordinance. The new members of the Calaveras Board of Supervisors have not said much about the ban since the election, but some of them have been openly critical about regulating cannabis in the past.

The previous board was increasingly open to the grower community in Calaveras, partially due to successful lobbying by members of the Calaveras Cannabis Alliance, and partially due to funding the county received from registrations. The projected tax revenue for the county from Calaveras growers alone is estimated at about 5 percent of the total county budget, and the $4 million in registration fees the county collected last summer have already started to be used by the resource-strapped sheriff’s department.

If the new Calaveras Board of Supervisors does not implement the ban on Jan. 24, the urgency ordinance might be renewed in February, or the board can opt to look into new regulations. The least likely scenario is that the county will not implement any rules at all, which would allow state law to take effect.

It is unclear what the future of cannabis will look like in Calaveras should the board or the voters decide to enact a ban this year. With little other sources of income, law enforcement will have few resources at its disposal to alleviate illegal grows, which have flourished for decades in Calaveras thanks to the large physical size of the county and the seclusion its mountainous terrain provides. It is also unclear if Calaveras residents understand the economic impact of going against a larger state tide in favor of the cannabis industry, since the majority of the county voted against AUMA.

The only thing that seems clear from the perspective of the new supervisors is that voters wanted a change, and on Tuesday the board will decide if that change includes banning marijuana.