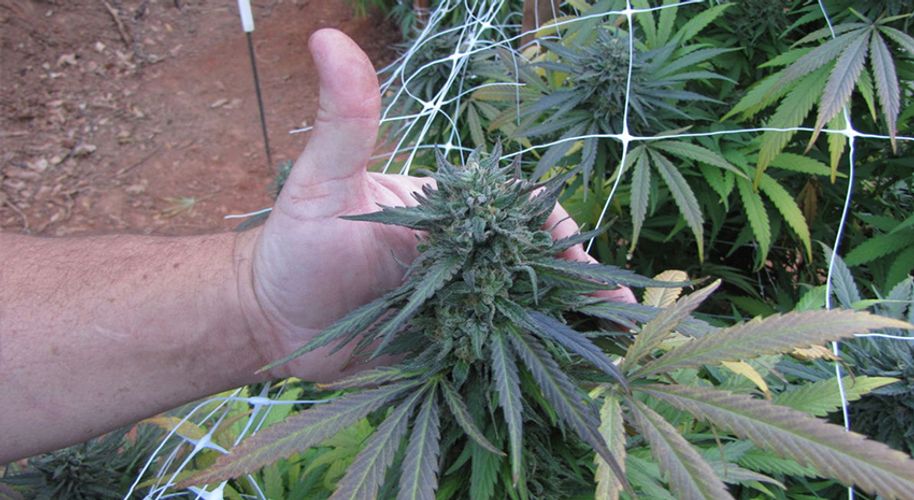 California’s Calaveras County and the Ongoing Battle to Ban Grows

The Board of Supervisors recently sent an anti-cannabis initiative to a special all-mail election in May.

The Board of Supervisors recently sent an anti-cannabis initiative to a special all-mail election in May.

On Tuesday the Calaveras County Board of Supervisors decided not to implement a cultivation ban on its almost 1,000 registered cannabis grows, opting instead to send the initiative to an all-mail special election in May. The county’s urgency ordinance will remain in place for now, but the board will have to renew the ordinance in February if it does not draft a permanent one.

As with most Calaveras Board of Supervisors meetings with cannabis on the agenda, the room was packed with growers and anti-cannabis advocates. While the delay on the ban is a temporary relief for growers in Calaveras, the special election in May gives the opposition something to work toward. The county will send out all ballots by April 3, and the ballots will be due by May 2.

The board made the decision in spite of open reluctance toward the growers. Supervisor Michael Oliveira, the chairman of the board and the only returning board member, admitted his personal bias against marijuana as an ex law enforcement officer, but said he thought the people of Calaveras should decide the county’s fate when it comes to cannabis. “This decision belongs in the people’s hands. Not in my hands, not in these four supervisors’ hands, but the people’s hands,” Oliveira said. “It doesn’t change my position on marijuana, but the vote of the people takes precedence.”

The Calaveras County Board of Supervisors in session on Tuesday. Image via Courtney McKinney

Other members had harsher words for the growers, with Supervisor Dennis Mills telling the crowd, “I took an oath to protect the United States Constitution first, and the state constitution second…so either go and get two-thirds of the Senate vote, or get a president and a constitutional amendment to change federal law.”

Beyond the desire to put the decision in the hands of Calaveras voters, a common theme throughout the day, from both public commenters and board members, was that enforcing a ban might be impossible for the cash-strapped county.

“If you slam on the breaks in the middle of the mud you get stuck, and I think putting a ban on right now is putting the brakes on in the mud,” said Supervisor Jack Garamendi. “We’ve got major funding issues in this county. We have no money for enforcement, without money for enforcement, a ban simply won’t happen.”

Multiple residents of Calaveras expressed similar concerns during public comment. “The concept that a ban will stop marijuana is ridiculous. It will just drive the good people away, and the people that you don’t like who are here because of it will stay,” said one commenter who did not give his name.

Former supervisor Cliff Edson, who lost reelection in November to cannabis critic Gary Tofanelli, took time during public comment to remind the board of their economic responsibilities toward the people of the county. “We’ve taken everything out of this county that can support businesses and young families. I’m not saying this is the answer, but I’m saying let the people decide, because that’s who is going to deal with it,” Edson said.