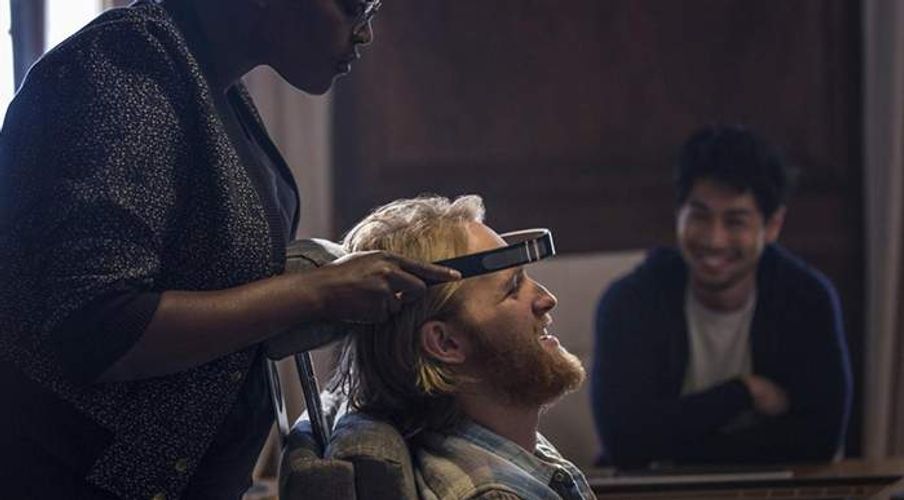 Computing the good and bad of Season 3.

Computing the good and bad of Season 3.

With Black Mirror’s move to Netflix, Americans can now watch the series build parables out of modern-day technology. Essentially a Twilight Zone for the information age, Black Mirror prides itself on exploring the darkest aspects of our digitized lives. Though the episodes that depict a bleak future often get the most attention, it is the episodes that examine the future in less definitive terms that are most effective. The best episodes aren’t ones that tell you flat-out that the future will be terrible, but instead introduce ideas that get you thinking about all that the future could hold.

Season three of Black Mirror tackles issues ripped from today’s Gizmodo and Mashable headlines. Social media, virtual reality, privacy, hacking, the Cloud, the military-industrial complex, Internet trolls, and drones all get their moment to shine under a harsh interrogator’s light. The least effective episodes play as strawman Luddite finger-wagging. “What if there were an app where we rated each other?” and “What if people used your personal information to blackmail you?” are questions that can be arrived at by a group of precocious high schoolers smoking a bowl. The answer: “Yeah, dude, that would suck.”

Black Mirror truly shines when an episode invites the audience to fill in the blanks. When the show is as its best, it presents compelling, emotional evidence for a potential vision of the future, and asks the audience to be the judge.

Two episodes of the six episode mini-season stand out from the bunch, largely because they transcend simple ideas like “At the end of the day, we’re all just people, man,” and invite a more holistic viewing. Episode 4, “San Junipero,” and episode 6, “Hated in the Nation,” present ideas that can be used for good and ill, and give us a complicated set of characters who use technology to both positive and negative ends. We are then invited to draw our own boundaries of technology, government, spirituality, empathy, and individual identity after watching the characters do the same.

“San Junipero” is concerned with mortality. If technology could help us extend our lives indefinitely, what would be the cost? Would the benefits outweigh the negatives? And what would you do with all that damn extra time? “Hated in the Nation” coils two themes around each other, exploring the limits of our power on social media and delving into how much of a technological blank check we should give our government.

Both episodes swirl around a duo of women (Mackenzie Davis and Gugu Mbatha-Raw in “San Junipero,” Kelly MacDonald and Faye Marsay in “Hated in the Nation”) with vastly different viewpoints on their episode’s central themes. As the mystery of each piece unravels, the actresses are given moments to state their case to the audience. In both episodes, the dual heroines find common ground as the audience is invited to sift through their performances to draw their own conclusions.

“Hated in the Nation”

Black Mirror is at its weakest when it shoves cautionary tales down our throats. It isn’t too hard to realize that a world where quality of life depended upon rating each other constantly would suck, or that vigilante Internet blackmail would be a tough daily occurrence. Thankfully, even in the most ham-fisted episodes, the series finds moments to invite the audience to expand its horizons and contemplate the immense possibility of technology. This is when the show is at its most beautiful and most terrifying.

We could live in a future where technology affords us the ability to inflict painful judgment or in a civilization that allows its people to experience immense joy following lifetimes of pain. The choice, Black Mirror believes, is ours to make. It suggests we choose wisely.