CULTURE
Be Wise When You Vaporize: How to Pick the Best Vape
AD
Choosing how to consume cannabis can be wildly overwhelming, especially when it comes to vaping. That's why we crafted this guide: because getting high should always be easy.
Published on July 24, 2019

The cannabis industry is blossoming in ways that no one — no matter how high they got — could have imagined seven years ago.

From legalization to hybrid cultivation to new technologies for consuming weed, it seems as though everything cannabis-related is on fire. So, it’s ironic that vaporizing, one of the most dynamic weed developments, actually removes fire from the equation.

Vaping has become a beloved method in which to get high. The reason is partly due to the fact vape oil is used as an occasional alternative and full-time replacement for smoking. While few would argue that vaping is entirely devoid of issues, it poses fewer health risks than smoking herb. And, it’s unquestionably cleaner and less hazardous for the individual and Earth.

But the marketplace is currently cascading with vaporizers and, while such ubiquity and convenience is great, it can also be painfully overwhelming trying to decide which vape is right for you.

That’s why discovering Vape Active changed everything. First, Vape Active is beautifully designed, easy to use, and entirely trustworthy. It’s a virtual paradise for vape-lovers because it makes shopping easier than ever.

Just as importantly, Vape Active also clearly and effectively lays out detailed information not only about every single product it sells, but also about the larger categories in which each unique vaporizer fits. In other words, Vape Active makes it easy to know about any given device and if it will or won’t be what you’re looking for in a vaporizer.

So, for this ultimate guide, we focused on four key categories available on Vape Active. Naturally, we sampled their goods and managed to write down the results — before things really went up in vapor! 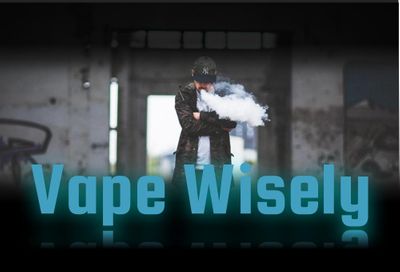 For quick hits and imbibing any time and any place, nothing beats a pen-style vaporizer.

We especially love to load our pens with wax and dab concentrates. The development and mass distribution of those little gooey bombs of canna-bliss has ignited nothing short of a revolution by lifting moods and elevating minds worldwide.

Fortunately, Vape Active provides vape pens to suit every occasion, from the solid, grab-and-go basics of the Source 10Cig Quartz Vaporizer to the fully loaded lushness of the #ThisThingRips R2 Rig Edition Vaporizer.

It’s easy enough to pick up a low-end vape pen out in the world. So, we aimed higher and sought to get high using the Puffco Plus Vaporizer.

Sleek, substantial, and stylish in both looks and function, the Puffco Plus has been our wax pen of choice since the moment it arrived. We’ve got nothing but praise to heap on the Puffco Plus’s all-ceramic coil-free chamber and the unique, built-in dab tool referred to as the “Dart” — it’s a total bullseye.

Just as the name implies, weed vaporizers convert your standard cannabis herbs into inhalable fumes that hit with sweet, precise satisfaction than traditional smoking ever could for us.

Sure, vaping weed might take a little more prep than simply rolling a joint or packing a pipe, but have no fear! In addition to a plethora of herbal vaporizers, Vape Active also sells grinders to make the whole process as smooth as possible (literally).

For example, check out the Sonic Vaporizer. We did, and we love it every time we get the special pleasures of dry herb. The Sonic is a portable, boxy unit that looks like a retro-futuristic walkie-talkie and functions like a tool of tomorrow. It also comes in a variety of color options, from basic black to screaming loud hues of blue, green, purple, and orange. Such style truly upgrades the overall goodness of getting stoned.

While they may seem like the mad monster machines of the fume-iverse, desktop vaporizers also stand out as elegant examples of innovative design. Their inventive delivery techniques delight the eye and mind even before loading them up and setting them off.

As such, desktop units are the preferred systems of many who use medical marijuana. It’s also ideal for those who just want to ingest greenery in a way that might have seemed only possible in science fiction. The predominant function of a desktop vape is to pump out vapor in quantities and qualities beyond the capacity of hand-held devices. So get ready.

Desktops are relatively large in size and definitely not portable. That’s so each unit can incorporate cutting-edge technologies such as high-precision convection ovens, microprocessors that regulate how hot the system runs, and various digital control mechanisms.

In addition, desktop vaporizers vary in type. Whip-style units use silicone hoses in the tradition of hookah, while balloon-bag vaporizers supply direct access to the unit. Each offers its own appeal.

Now just as you’re advised to brace yourself for the inhalation impact of a desktop unit, you should also prepare yourself before checking out prices. And let it be known that you get what you pay for!

At Vape Active, desktop units range from $169 Arizer Extreme Q Vaporizer, which has a relatively stripped-down, minimalistic style. Then there’s the futuristic, German-engineered, ultra-deluxe Storz & Bickel Volcano Digital Vaporizer that retails for a cool $698 — and provides an experience, time after time, that can only be described as priceless.

We decided to split the difference and sample the 7th Floor Super Surfer Vaporizer. With an aircraft-grade aluminum body, the Super Surfer looks like a slick, silver starship appliance and, oh, did we ever blast off into outer space.

The Super Surfer accommodates both herbs and oils, and it's compatible with both whips and balloon bags. Other knockout features include a high-tech air filter, super-speed fans, and knobs and other attachments made from lab-grade borosilicate glass.

Even the relatively expensive price of the Super Surfer is dope: $420.

Once you start vaping everywhere, you’re going to want to vape anywhere. Forever. And thankfully, portable vaporizers make that possible.

A portable vape unit typically runs on a rechargeable battery and, without having to be plugged into a fixed energy source, can pack a potent punch. In addition, portable vaporizers will typically fit into your pocket so that wherever you go, there you are: ready on-the-spot to puff with power.

Units vary in size, shape, and capabilities, and Vape Active has got them all covered.

Some portable vaporizers, such as the Haze Square Vaporizer Pro, use convection ovens to heat your weed. Others, like the Pax 3 or the DaVinci Micro Vaporizer, utilize conduction heating.

Portable vaporizers range in price from quick hitters in the $20 range to top-of-the-line units that are upwards of hundreds of dollars.

We aimed somewhere in the middle and landed on the Kandypens K-Box Vaporizer that, for $74.95, got us perfectly lit on-the-go. The deep dish atomizer, variable voltage, and adjustable airflow made it easy to arrange the exact high we were after.

Needless to say, the Kandypens K-Box was easy to carry anywhere and, better yet, it was just as simple to clean up and store. Sweet work there, Vape Active!

This article brought to you by Vape Active. You can visit their site, here.

TECHNOLOGY
EDUCATION
PRODUCT
PRODUCT REVIEW
MORE...
MERRY JANE Staff
FOLLOW
MERRY JANE is based in Los Angeles, California and is dedicated to elevating the discussion around cannabis culture.
Share this article with your friends!
AD
By using our site you agree to our use of cookies to deliver a better experience.
Accept
Decline
MORE FROM MERRY JANE