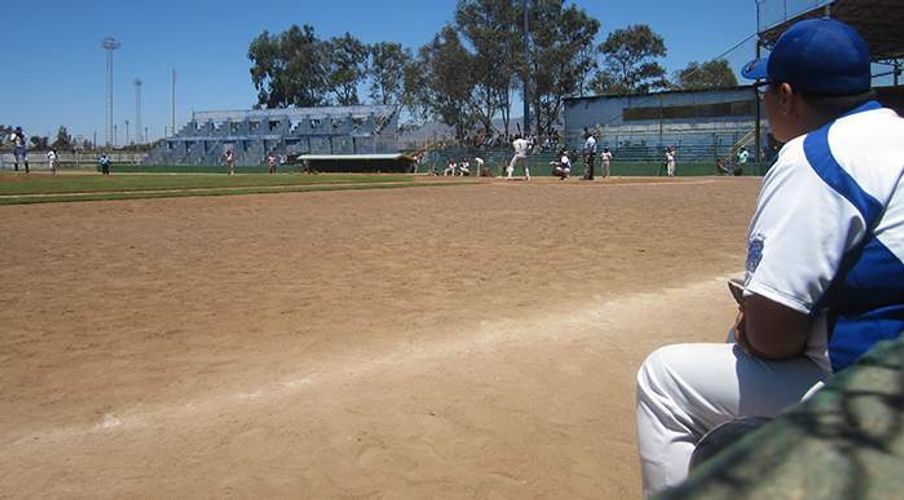 Despite Increasing Violence in Tijuana, Baseball Continues As Usual

Taking in ball games and a culture in Mexico’s hotbed for MLB talent.

Taking in ball games and a culture in Mexico’s hotbed for MLB talent.

Marco Antonio Bonillas, treasurer of Liga de Beisbol Municipal de Tijuana, admits Tijuana’s poverty has an effect on the league and its players, but he doesn’t want to talk about it: “Si, afecta. Como en todos lados.” (“Yes, it affects [us]. Like in all places.”)

Pushed to explain what this means, but he ignores the follow-up. He does the same when I evoke the city’s history of violence and drug trafficking. He just wants to talk baseball.

Tijuana’s 636 homicides through September represent a 34 percent increase over the prior year’s statistics. It affects local baseball players, as it does everyone. But, as elsewhere in the city, it’s not the focus.

Throughout Tijuana, despite headlines bemoaning increasing violence, life goes on as usual in the bars, the theatres, art galleries, and on the baseball fields. Tijuana, in part due to its proximity to the U.S. and it’s most competitive crop of baseball talent in southern California, has long been a baseball city.

On no particular Sunday, young kids (12 to 14 years old) play baseball under the shadows of a massive Tecate advertisement just beyond the left field fence. A spectator has set up a boombox to a guitar amplifier and blasts Eminem’s “Till I Collapse” between pitches. The unedited version lasts several innings. Parents and siblings break out into chants and bang on various percussion. Behind the home plate stands is a concrete private residence. I can hear the shower running.

Scattered around the field, spectators of all ages watch as the young Tijuana Angels and Orioles do battle. Red and blue Tecate cans in hands dance in midair in left field, right field, down both foul lines, and behind home plate. Most throw their empties on the ground.

Wherever you go throughout the park, litter is as common as weeds: Tecate cans, burned couches and tires, empty caguamas, water bottles, Carl’s Jr. packaging, and syringes. Between quintessential green and brown baseball fields, red-beige dirt sports a touch of styrofoam white. Some cars sport bumper stickers that read: “Beisbolistas a bordo.” (“Baseball lovers on board.”)

Los Angeles Dodgers first baseman Adrian Gonzalez, who played baseball growing up in both Tijuana and San Diego, started as a child in Tijuana with the still-active team Glu Glu at 7 years old. A mini baseball field for children where he played as a kid is now named after him at Otay. Another is named for Óscar Robles, who plays for plays for the Toros de Tijuana of the Mexican Baseball League.

Instead of seeking out the trough-style bathroom with a Tecate logo upon its face, men relieve themselves around the park. Outfield walls—made out of concrete, with logos of the Baja California government stamped upon them—get peed on first. Under the Tijuana airport’s landing path, the thick smell and taste of jet fuel fallen from Aeromexico and Volaris airlines blankets the park.

Before the start of an adult game between the teams Municipal and Amateur, the home plate umpire slowly savors the last drags of his cigarette from the on-deck circle. Vendors sell bean-and-cheese burritos from dirty coolers, as well as papitas con tamarindo. They also ask coaches and players in the dugouts if they’d like accoutrements. Dirty stray dogs watch the game from the concrete stands and people tolerate them.

In between four adult fields, a hole in the dirt is covered in trash. Leading underground, it suggests someone calls, or called, the fields home. The scent of a burning marijuana joint players smoke after their game smacks the nose. One player, a gringo, hits a California medical marijuana vaporizer pen.

The semi-pro players, who probably don’t get paid much more than carne asada after games, mention in passing the relaxed rules in the league. “There’s no testing,” one says, considering it an advantage over U.S. semi-pro ball. They also imply that there’s no problem taking Adderall (to improve concentration) or using marijuana. HGH is advertised on billboards in Tijuana.

The local recreational league here has been around since 1967. In 1972, the president of Mexico, Luis Echeverría, donated land in Otay Mesa, which now is the location of the recreational fields. Also in 1972, the San Diego Padres played an exhibition game at the Salvador Sierra Vera fields, which lie just south of the Otay Mesa border crossing, against amateur and professional players from Tijuana. The Padres won 3-2 with players like Nate Colbert, Clay Kirby, and Derrel Thomas overcoming an assortment of Tijuana players from the amateur, recreational, and professional leagues.

Bonillas explains that Tijuanenses—many of whom adorn numbers 19 and 34 to honor San Diego’s Tony Gwynn and Mexico’s Fernando Valenzuela, respectively—play with the “mischievousness” of Mexican baseball.

“Stealing bases, throwing curves, slow balls, bunting,” he explains. “We’re not as good at fundamentals as in the U.S., but we deceive the batter with curveballs and screwballs. We play with malice.”

Alex Sanabia, a San Diego native who appeared for Toros de Tijuana in the AAA equivalent professional league’s Serie del Rey (the nationwide championship between north and south), had his contract purchased by the Chicago Cubs earlier this year. He spent a month with the Iowa Cubs, an AAA affiliate, before going back to finish the season strong with Tijuana.

The recent reports posit violence is on the increase in Tijuana, but also throughout Mexico as a whole. Still, nightlife thrives in the city, as money continues to be invested along downtown Tijuana’s infamous Avenida Revolución. And, on the baseball fields of Liga Municipal, the game goes on.